The magnolia tree at the office was beautiful this spring! 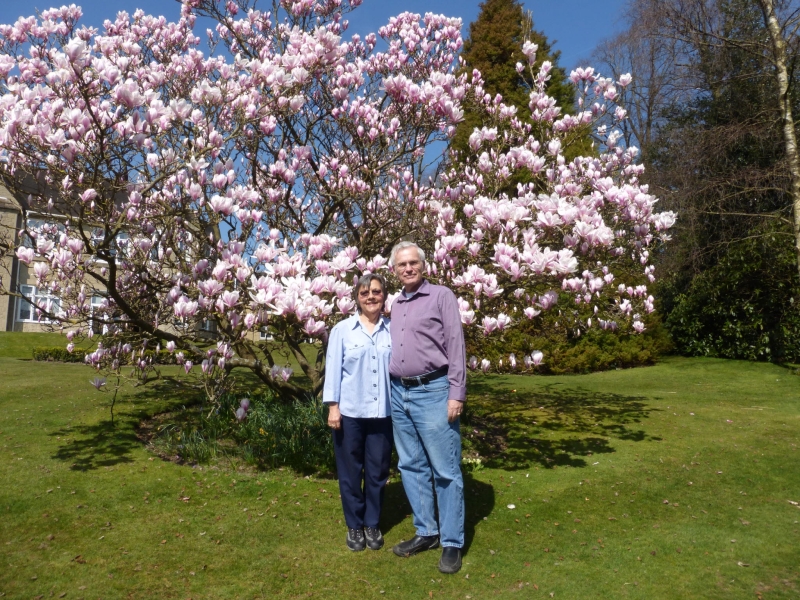 Olney (pronounced with silent L), Buckinghamshire, has been the home of the Shrove Tuesday pancake race since 1445!  Home to John Newton (Amazing Grace) and William Cowper (hymnist and poet), the weather vane depicts Cowper and his pet hares. 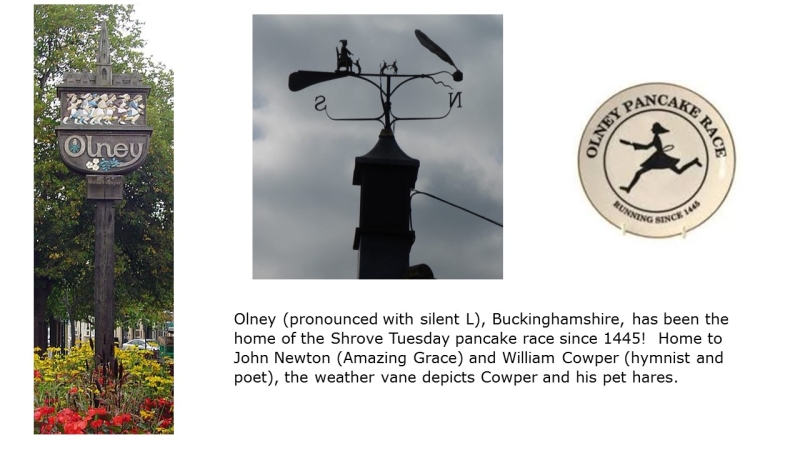 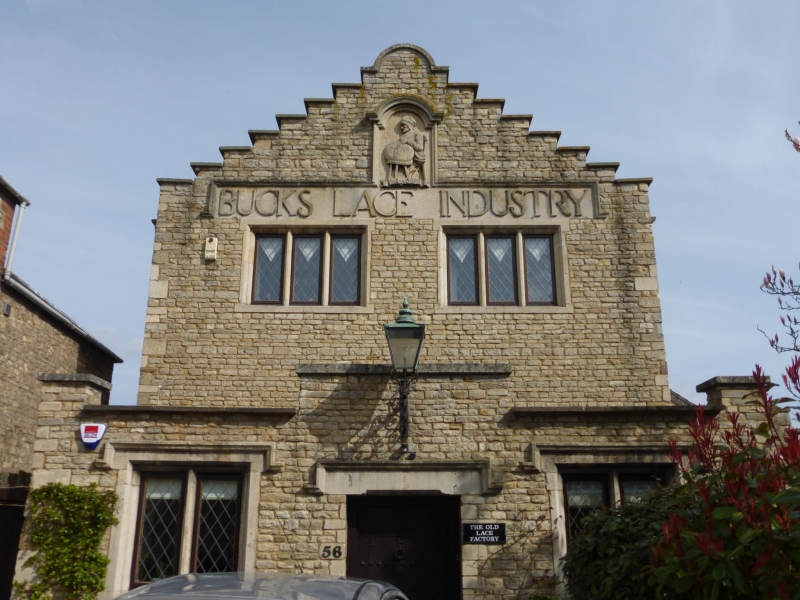 Cowper and Newton Museum in Olney has an interesting exhibit about lace making.  We learned where we get the term flashlight!  Note the clear glass globes.  They would be filled with water to help disperse the candle light for those making lace!  (By the way, flashlights in UK are called torches.) 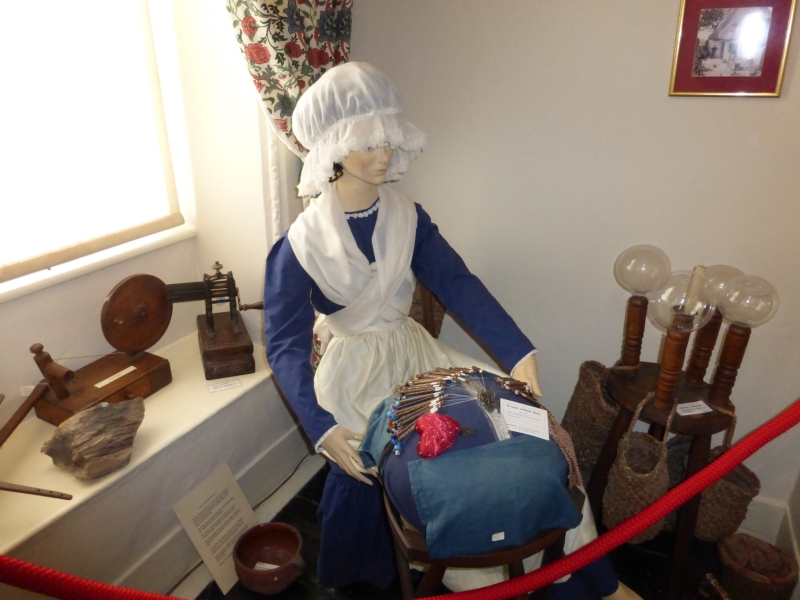 We had fun dressing up in period costumes at Cowper and Newton Museum in Olney. 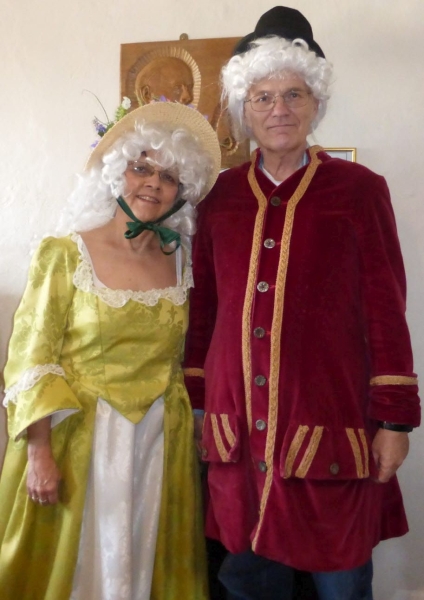 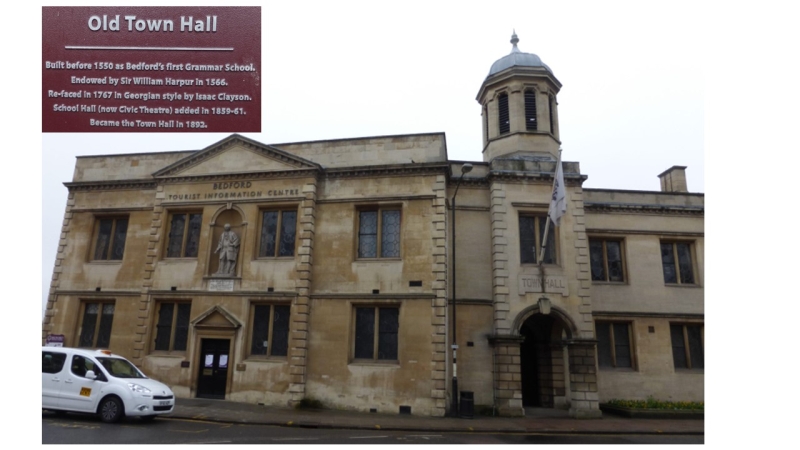 The Sheldonian Theatre, Oxford, England, was built from 1664 to 1668 after a design by Christopher Wren for the University of Oxford.  It hosts university classical concerts, lectures and ceremonies (including graduations). 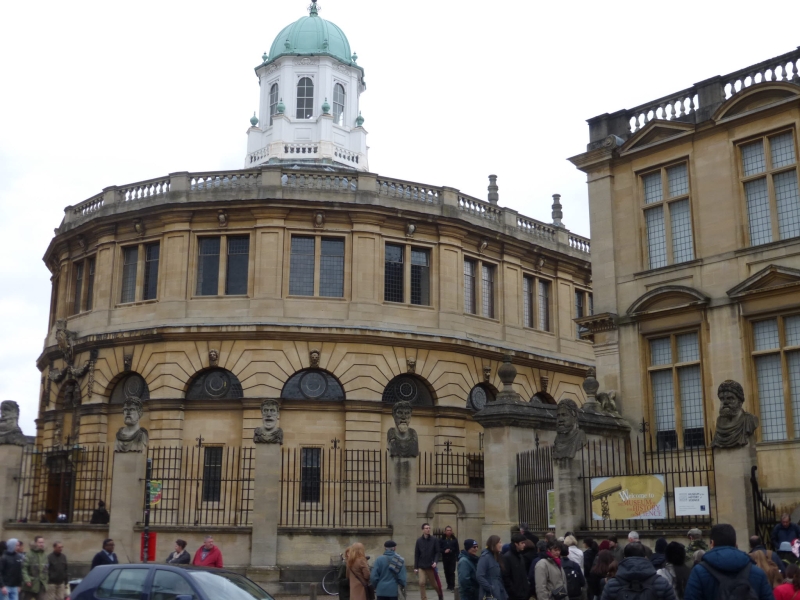 Bodleian Library, the main research library of the University of Oxford, is one of the oldest libraries in Europe, and in Britain is second in size only to the British Library with over 11 million items! 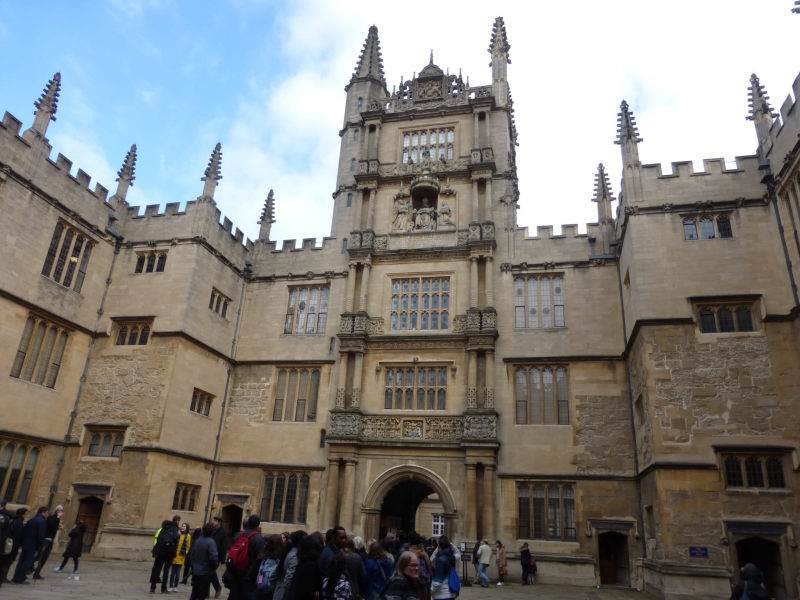 William Archibald Spooner (22 July 1844 – 29 August 1930), an Anglican priest, was dean and warden of Oxford’s New College.  His name is given to the linguistic phenomenon of spoonerism.  Examples of spoonerisms:
"The Lord is a shoving leopard" (Loving shepherd)
"It is kisstomary to cuss the bride" (...customary to kiss the bride) 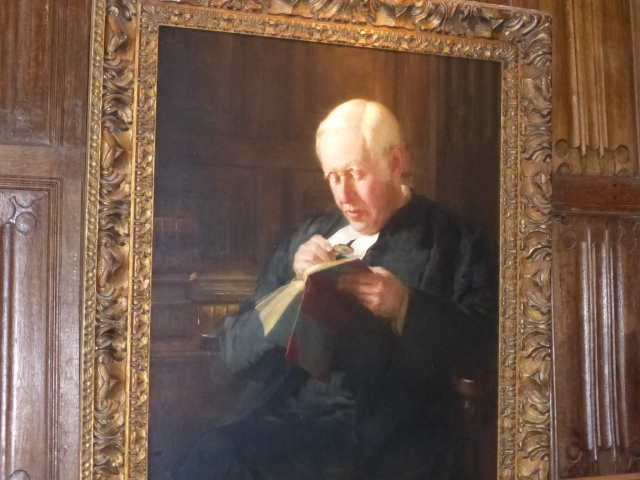 Oxford’s Turf Tavern dates back to 1381! 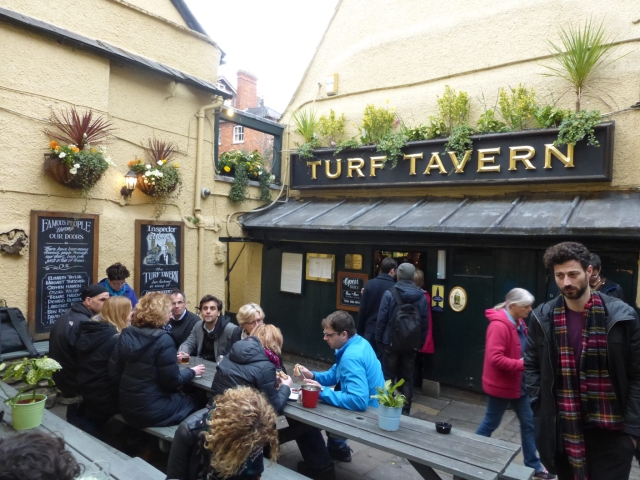 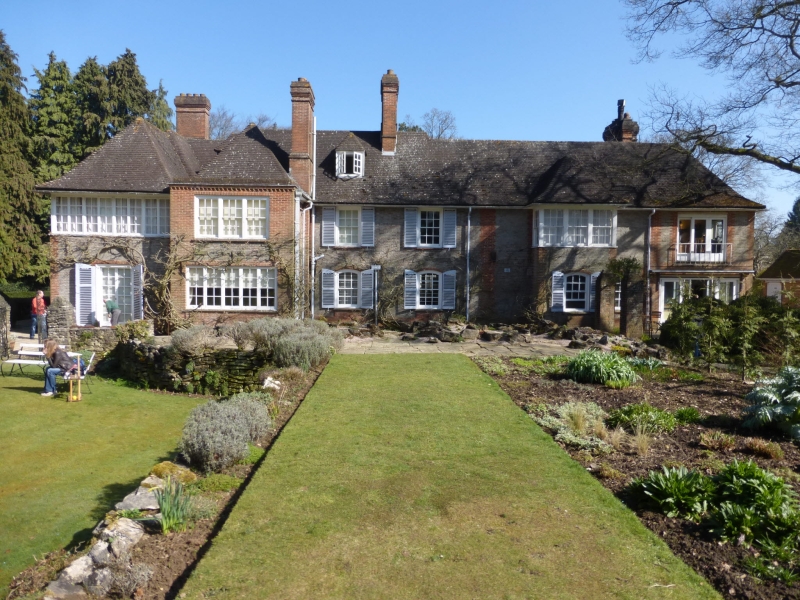 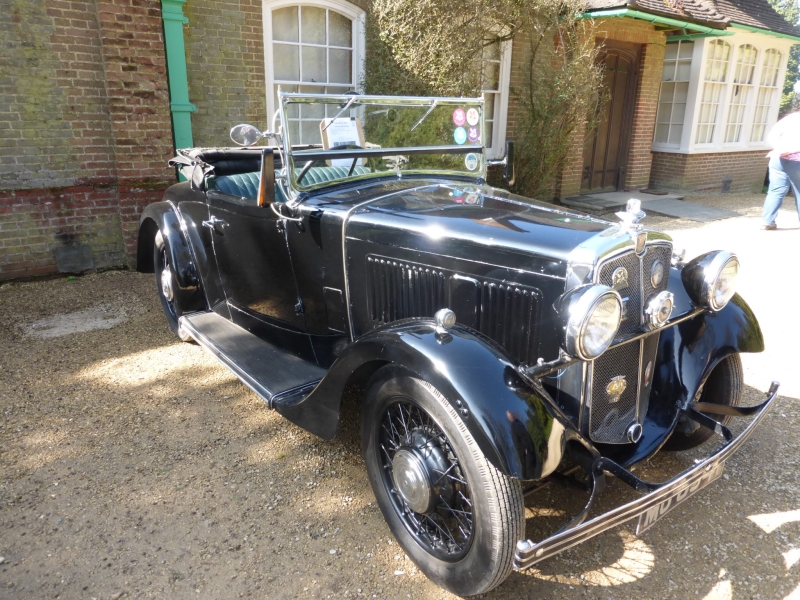 800th Anniversary of Magna Carta! At Runnymede on 15 June 1215 King John agreed to have the ‘Great Charter’ sealed. This event has later become recognized as one of the most important events in English history as it marked the road to individual freedom, parliamentary democracy and to the supremacy of law. 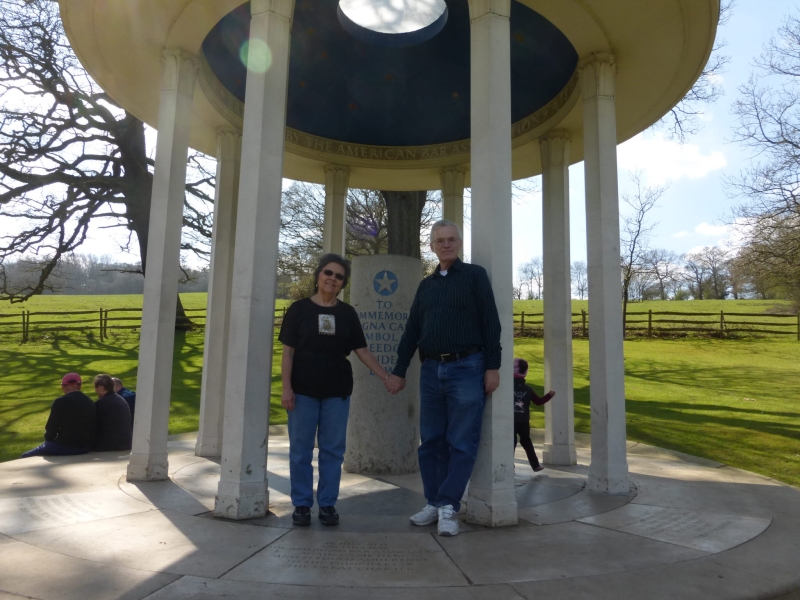 Runnymede’s British memorial for U.S. President John F. Kennedy was jointly dedicated in May 1965, by Queen Elizabeth II and Jacqueline Kennedy, prior to a reception for the Kennedy family at Windsor Castle. 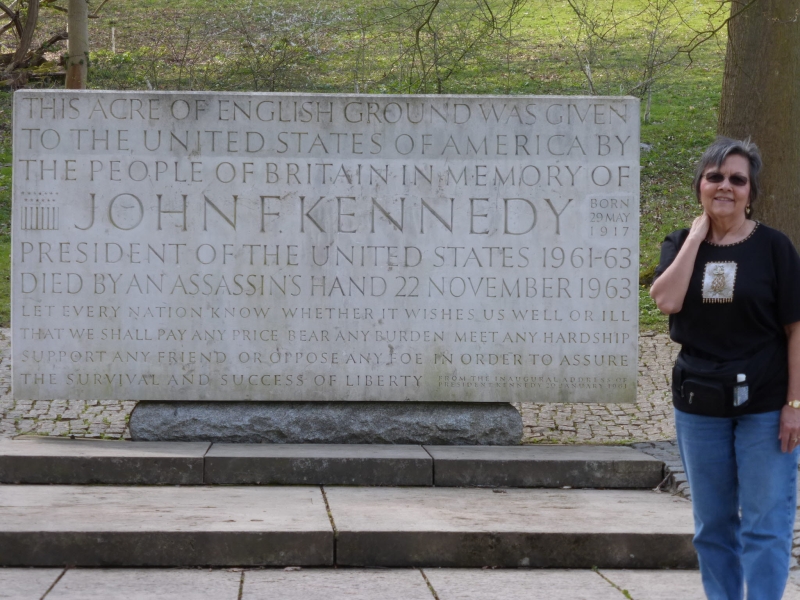 Runnymede is a water-meadow alongside the River Thames (Surrey County, 20 miles west of London. We enjoyed a snack after an invigorating walk. 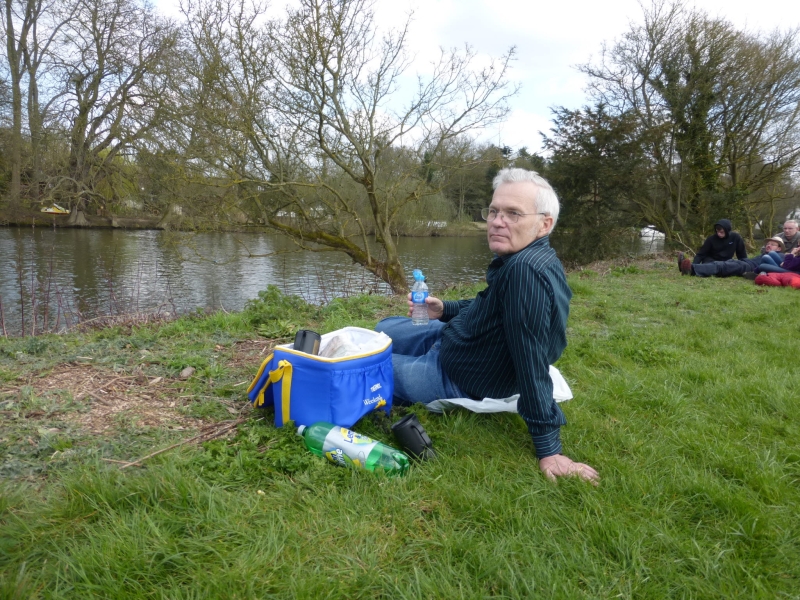 Clock tower in Epsom, UK.  Epsom gives it name to Epsom Salts which were identified from mineral waters there.  Epsom is famous for the Epsom Downs Racecourse which hosts the Epsom Derby. 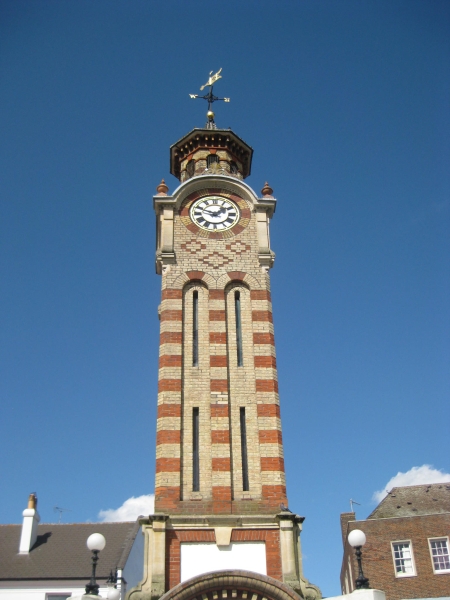 Nymans, near Haywards Heath, West Sussex, is an English garden developed by three generations of the Jewish Messel family, from the late 19th century. 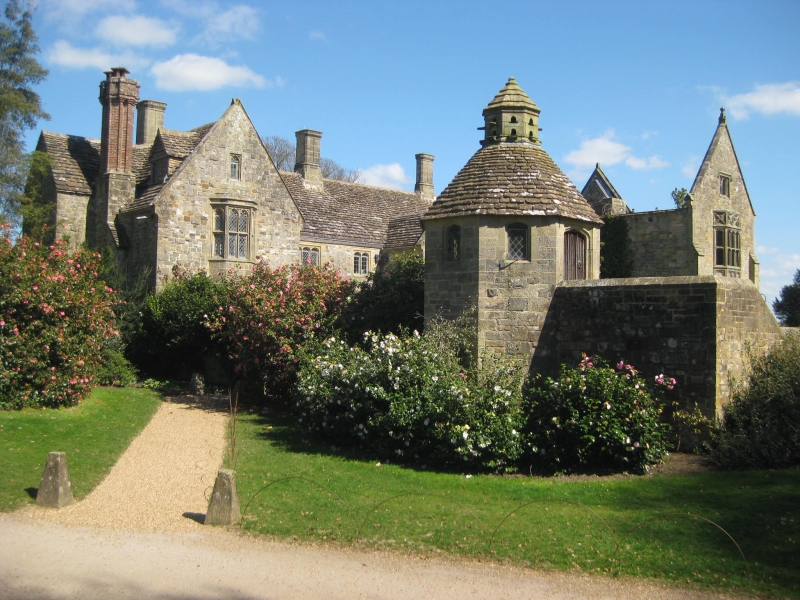 This magnolia tree at Nymans is the largest we have seen! 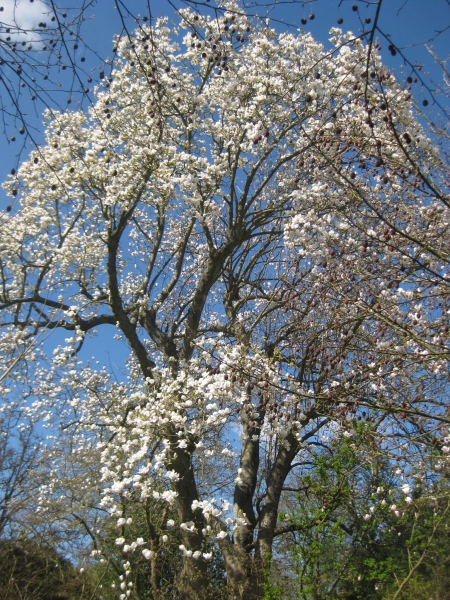 Rhododendrons have been blooming at our office grounds for a month. 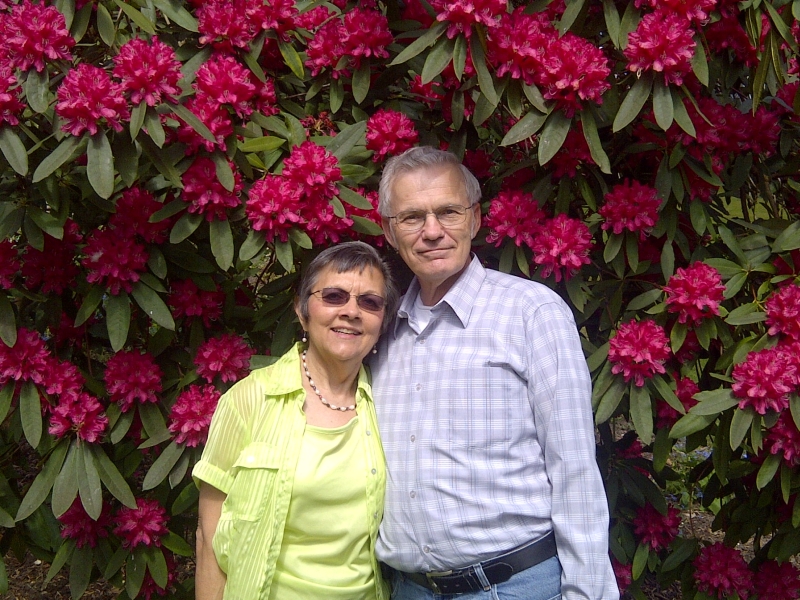 Sherlock Holmes Exhibit at London Museum – The “bookshelf” is a secret door. 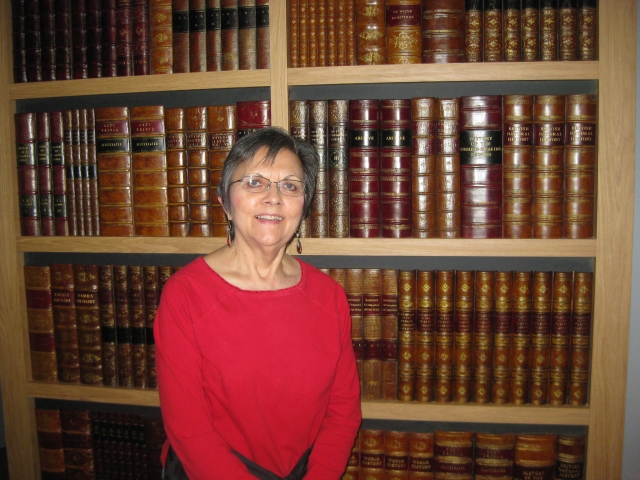 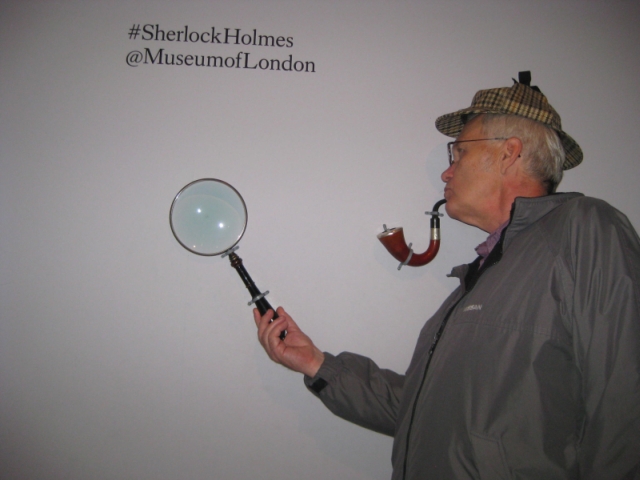