In front of the Greek parliament building is the Tomb of the Unknown Soldier, which is guarded by the Evzones, an elite regiment in traditional dress. 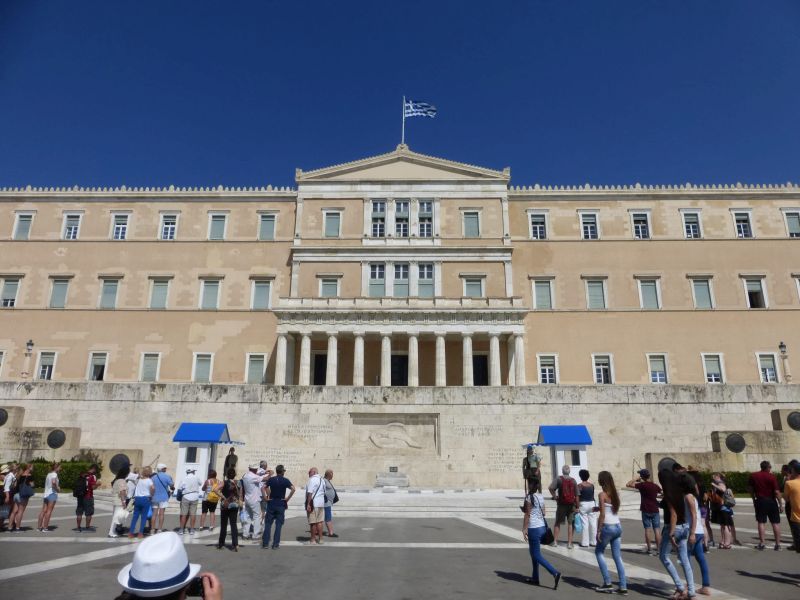 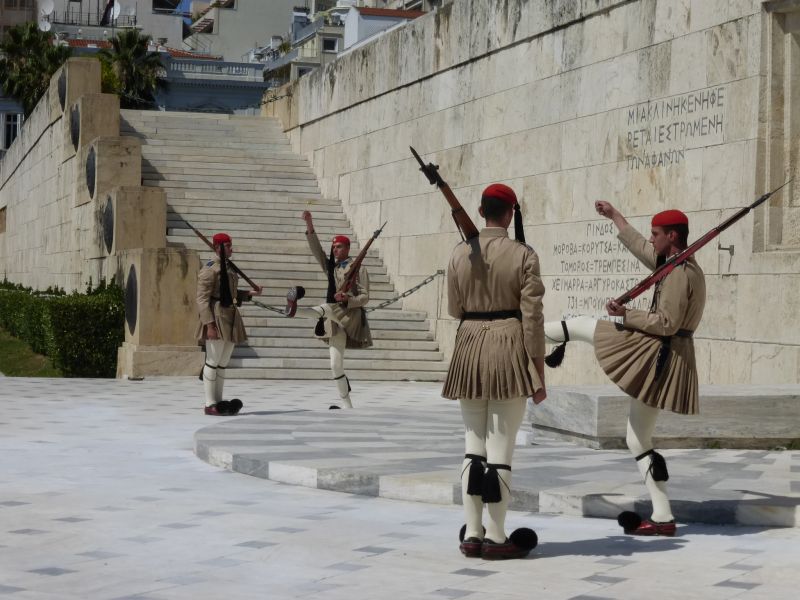 The Panathenaic Stadium is a multi-purpose stadium used for several events and athletics in Athens. The Stadium hosted the first modern Olympic Games in 1896.  Reconstructed from the remains of an ancient Greek stadium, the Panathenaic is the only stadium in the world built entirely by marble and is one of the oldest in the world. 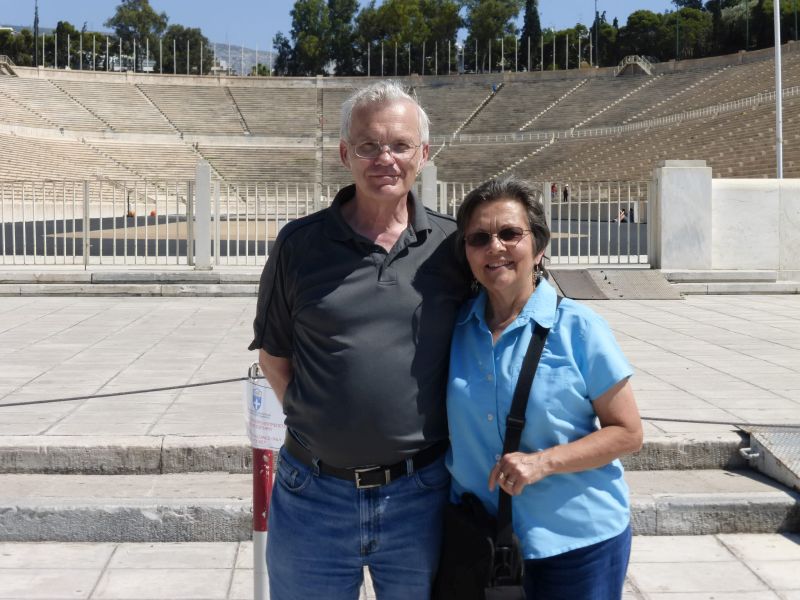 The Acropolis of Athens is an ancient citadel located on a high rocky outcrop above the city of Athens and contains the remains of several ancient buildings of great architectural and historic significance, the most famous being the Parthenon. The Parthenon was a former temple dedicated to the goddess Athena, whom the people of Athens considered their patron. Construction was completed in 438 BC. 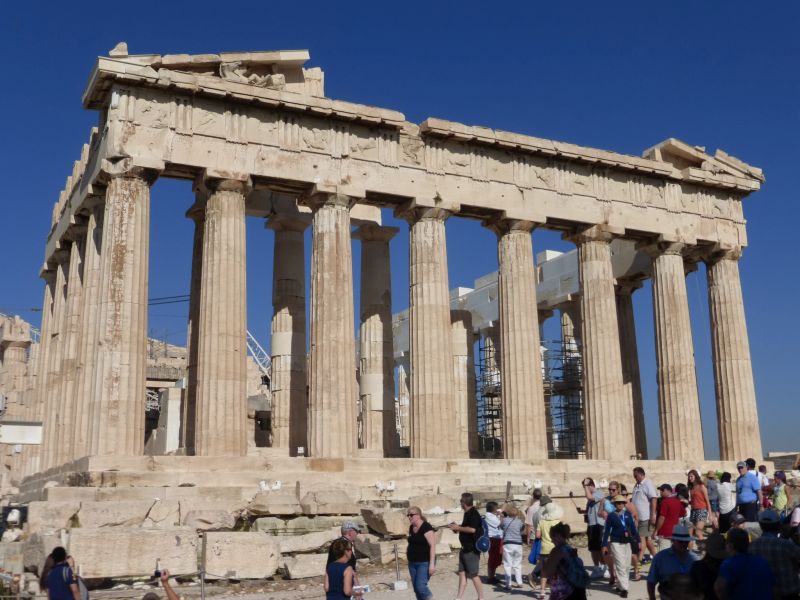 View of Athens and Temple of Hephaestus for the Acropolis of Athens. The temple was constructed in 415 BC for Hephaestus, who was the patron god of metal working and craftsmanship.   From the 7th century until 1834, it served as the Greek Orthodox church of St. George Akamates. 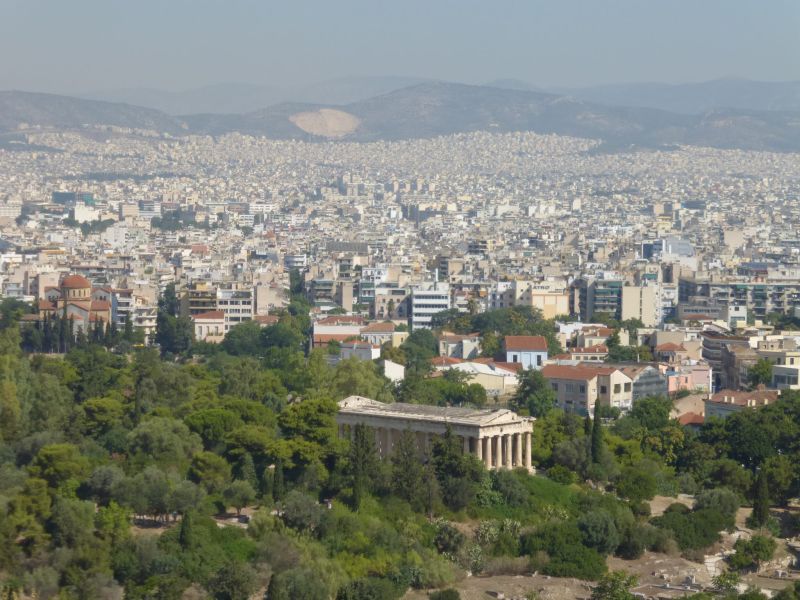 View of Athens from Acropolis

View of Mars Hill from the Athens Acropolis.   It was here that in Acts 17:22-24  we read “Then Paul stood in the middle of the Areopagus and said: "Men of Athens! I see that you are extremely religious in every respect. For as I was passing through and observing the objects of your worship, I even found an altar on which was inscribed: TO AN UNKNOWN GOD Therefore, what you worship in ignorance, this I proclaim to you. The God who made the world and everything in it--He is Lord of heaven and earth and does not live in shrines made by hands” . . . 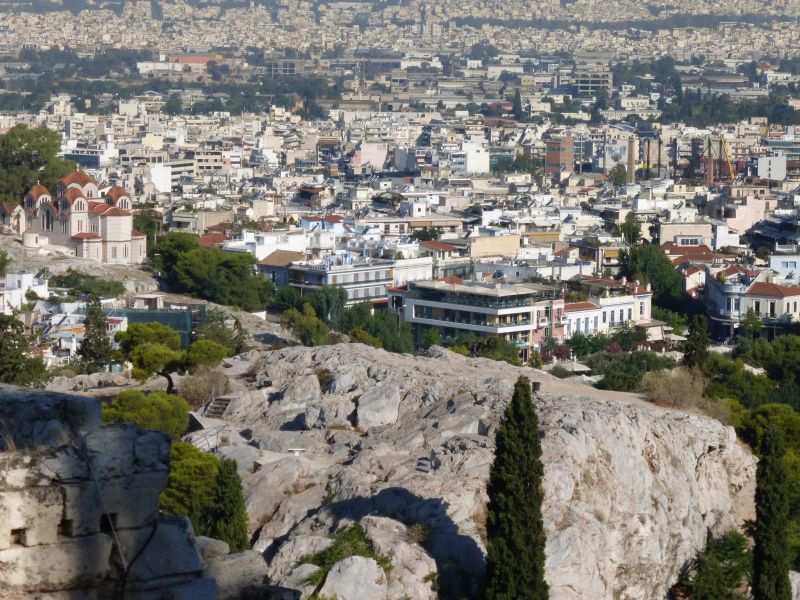 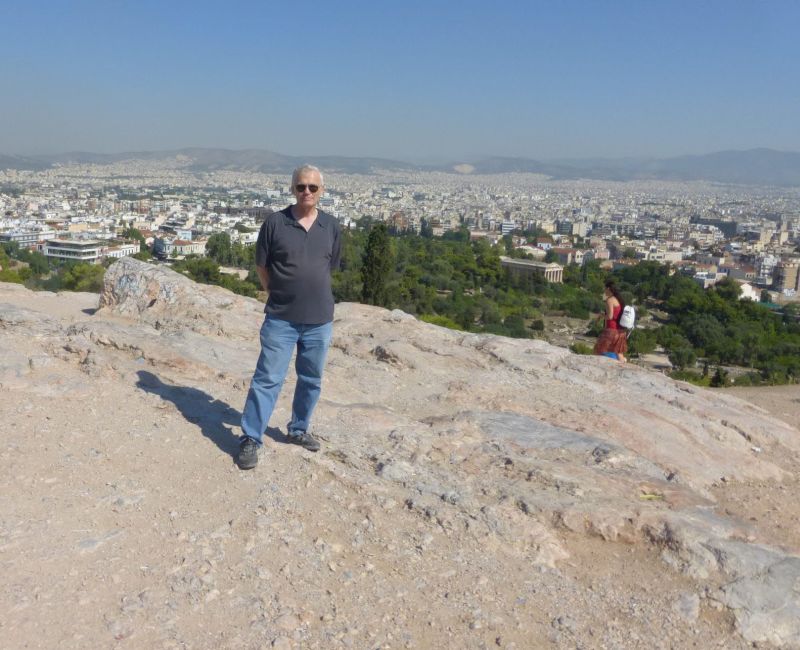 View of old Roman amphitheater below the Acropolis. 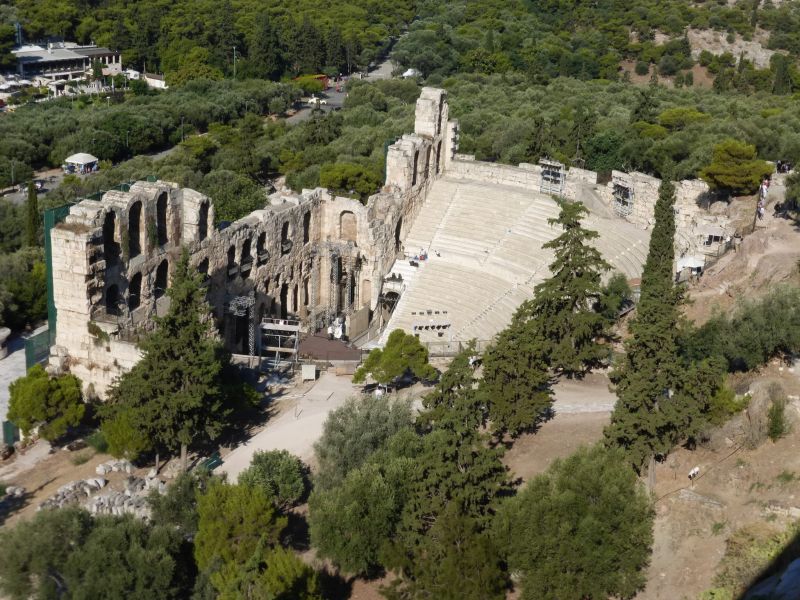 Highest church in Athens.  It is located on the top of a steep hill overlooking the city. 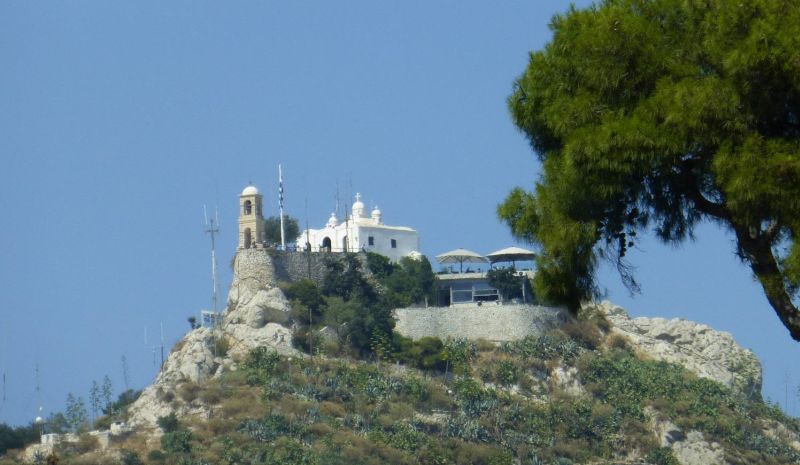