Near and around Redhill, England

We are enjoying a busy summer in our home area.  UK has wonderful public walking paths everywhere.  We love exploring new walking areas – getting exercise while seeing more of God’s beautiful creation. 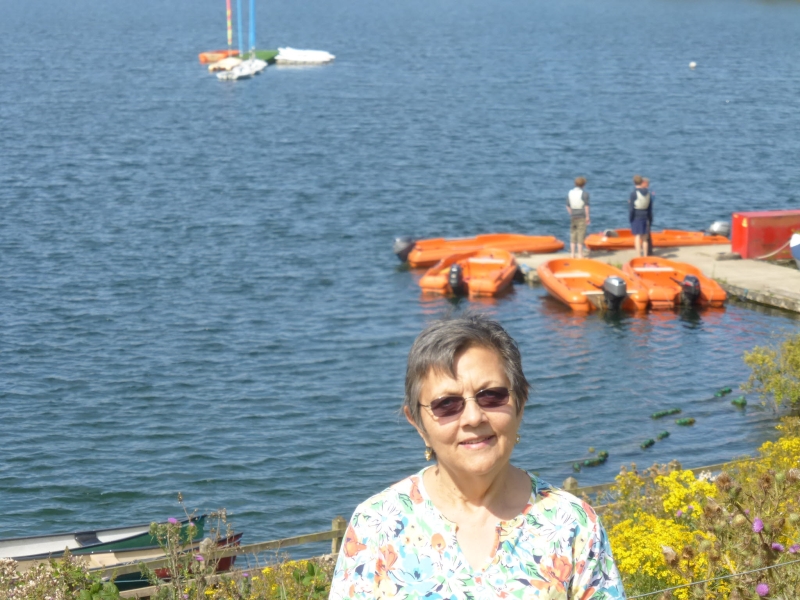 We stopped for a snack as we walked near wheat fields and meadows of grazing sheep and rams. 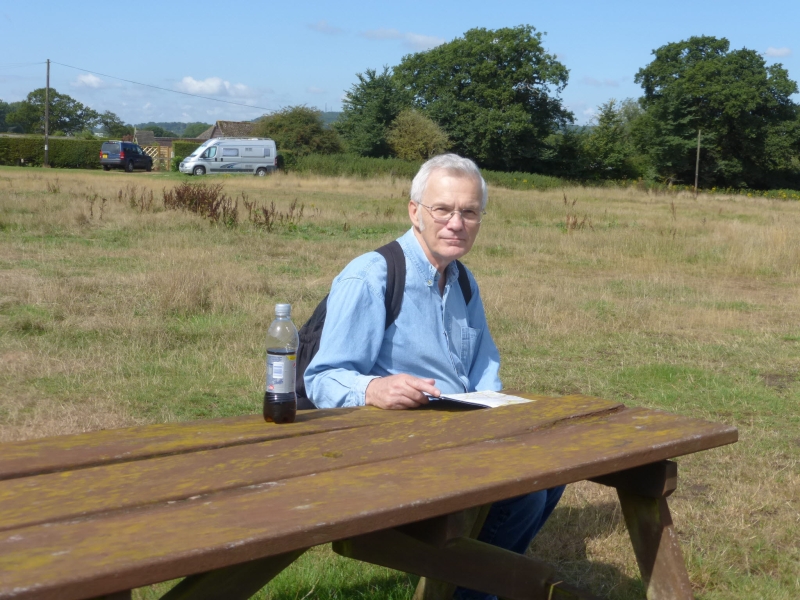 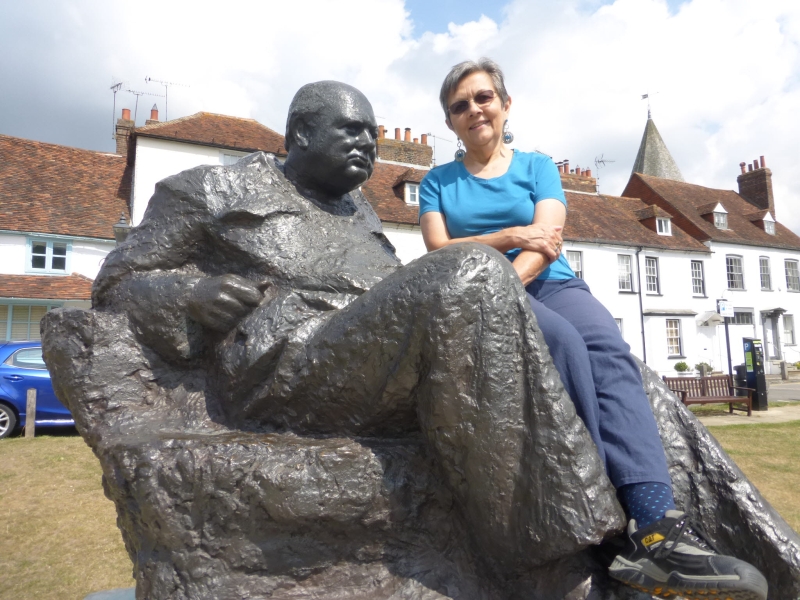 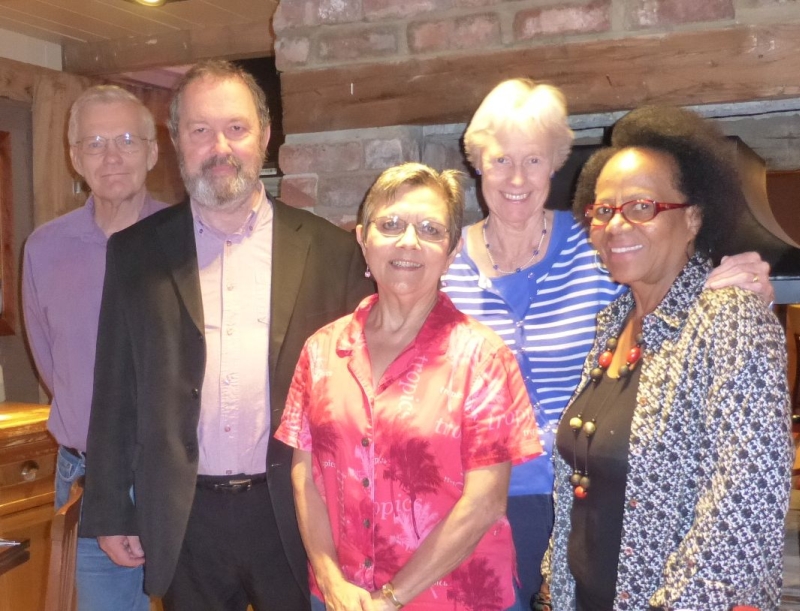 Suzanna celebrated her birthday in August.  Friends invited us for dinner and served this delicious birthday “cake”! 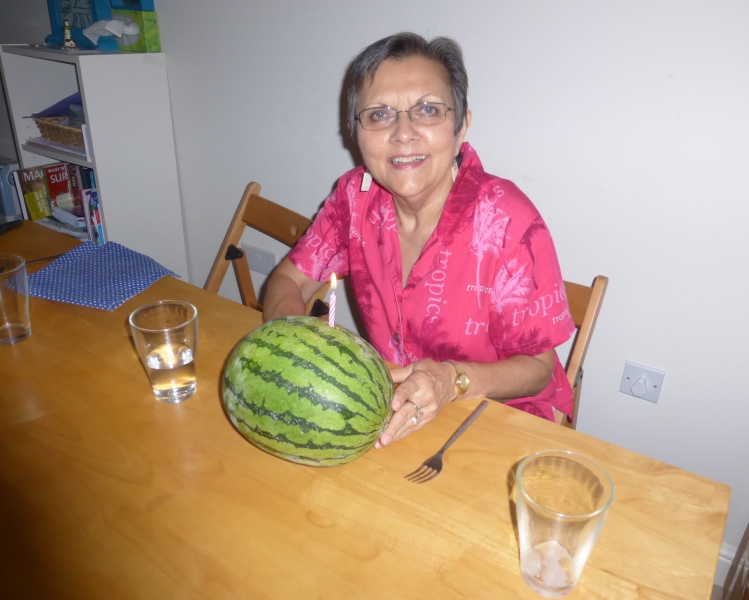 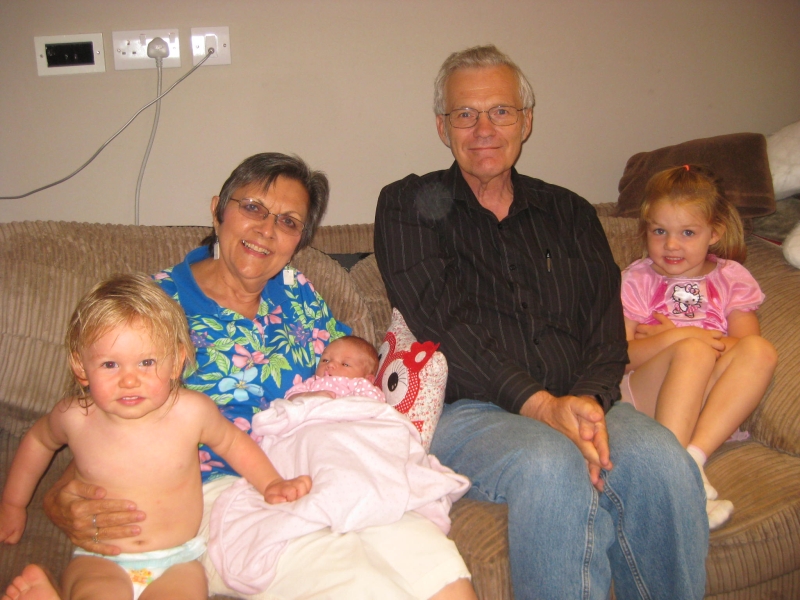 Our area has many nice parks for families.  We enjoy spending time with children of our friends. 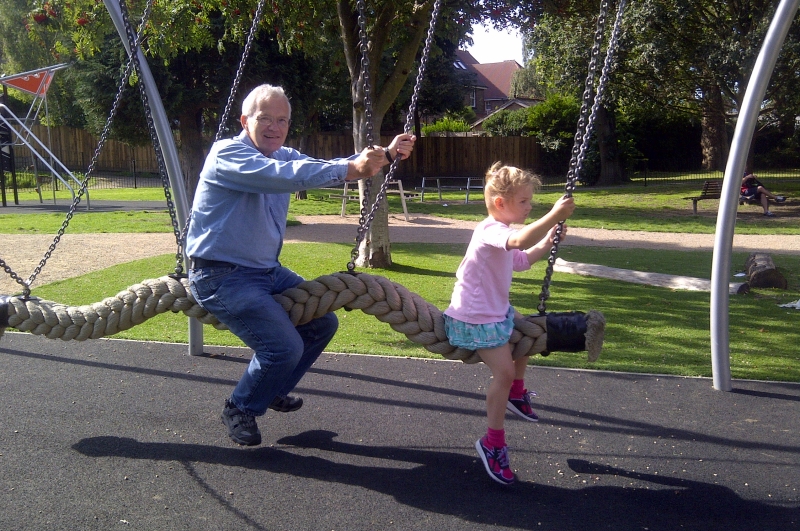 This statue of Princess Pocahontas (1595–1617) is in Gravesend, UK near St. George’s Church.  She was the daughter of a Native American chieftain, the first of her nation to convert to Christianity, and was credited with saving the life of John Smith in 1607.  She married tobacco planter John Rolfe and sailed with him to London, with their two-year-old son, Thomas, where she was received at King James’ Court as a celebrity in London.  On their return voyage, Pocahontas became ill and died on a ship anchored off Gravesend before she was able to return to the country of her birth.   Gravesend is a twin city with Chesterfield, VA; and the visitor’s center included lots of information about Chesterfield! 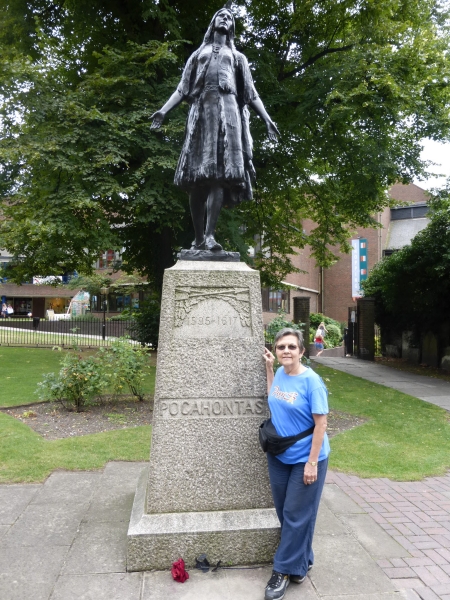 Rochester Castle stands on the east bank of the River Medway in Rochester, Kent, South East England. The 12th-century keep or stone tower, which is the castle's most prominent feature, is one of the best preserved in England or France. 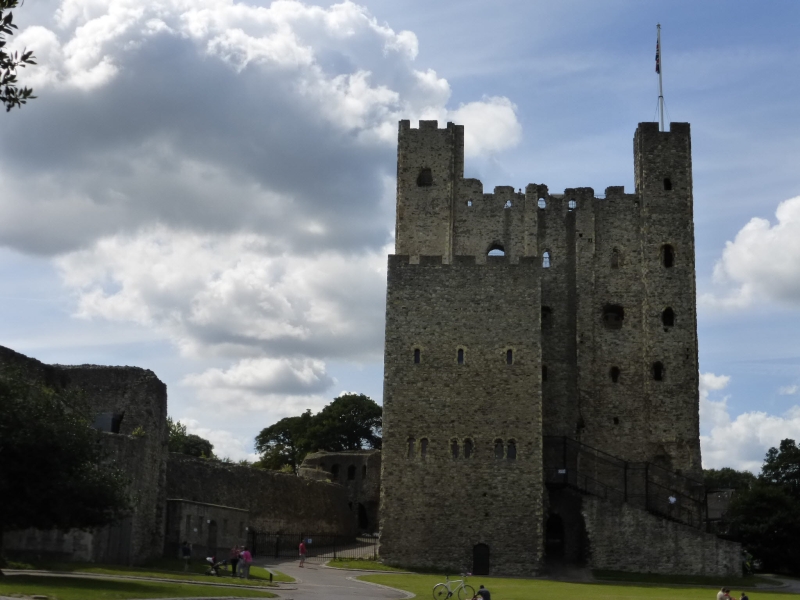 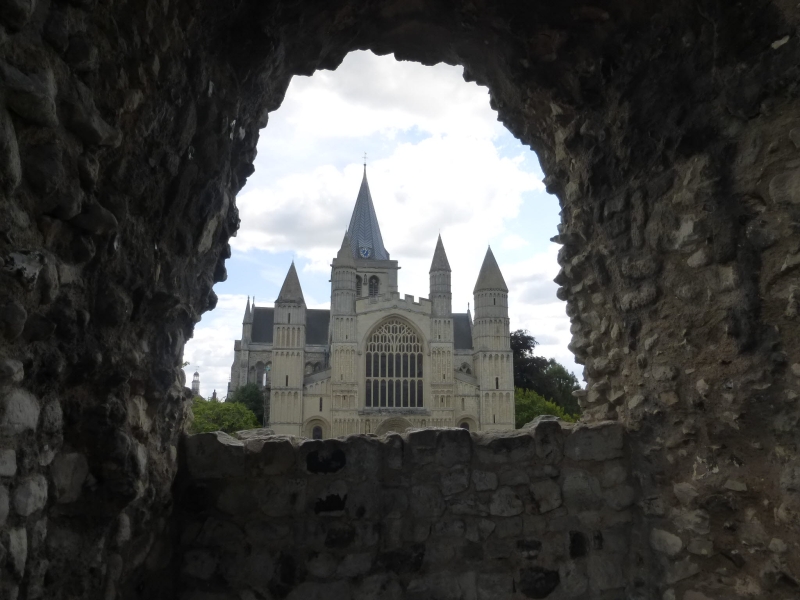 Watts Memorial in Postman’s Park is a memorial to Heroic-Self Sacrifice, commemorating sixty-two individuals, men, women and children, each of whom lost their life while attempting to save another 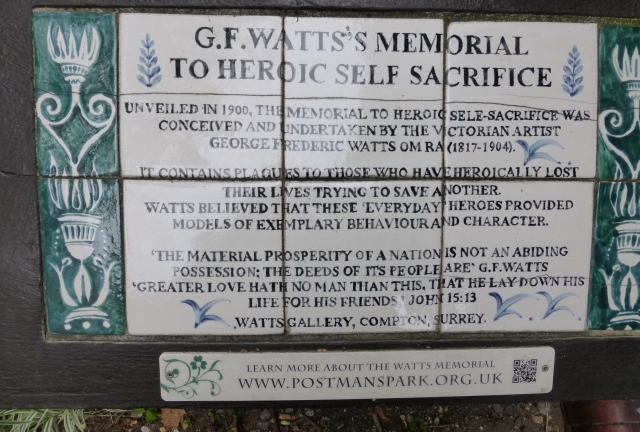 The Golden Boy of Pye Corner is a small monument that marks the spot where the 1666 Great Fire of London was stopped. 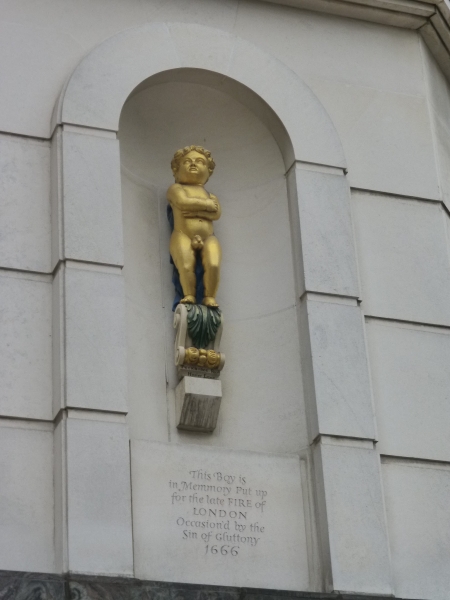 The Royal Courts of Justice, commonly called the Law Courts, houses both the High Court and Court of Appeal of England and Wales. 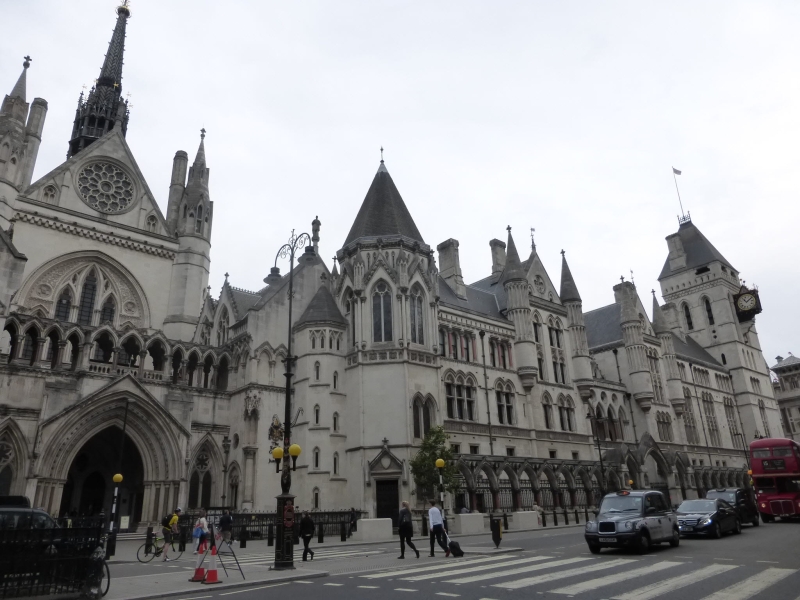 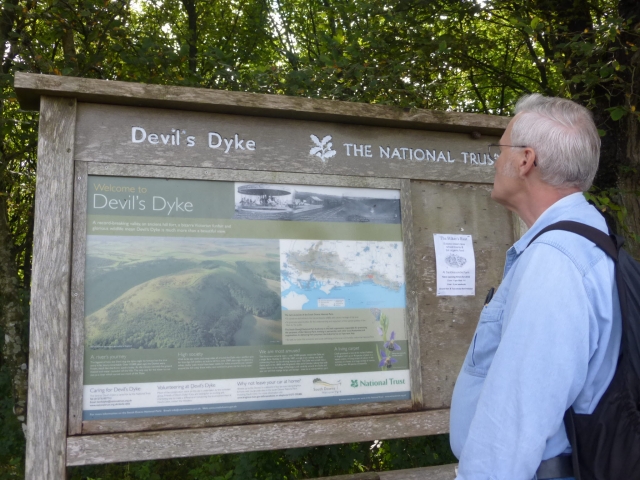 Devil’s Dyke has stunning panoramas and a record breaking valley 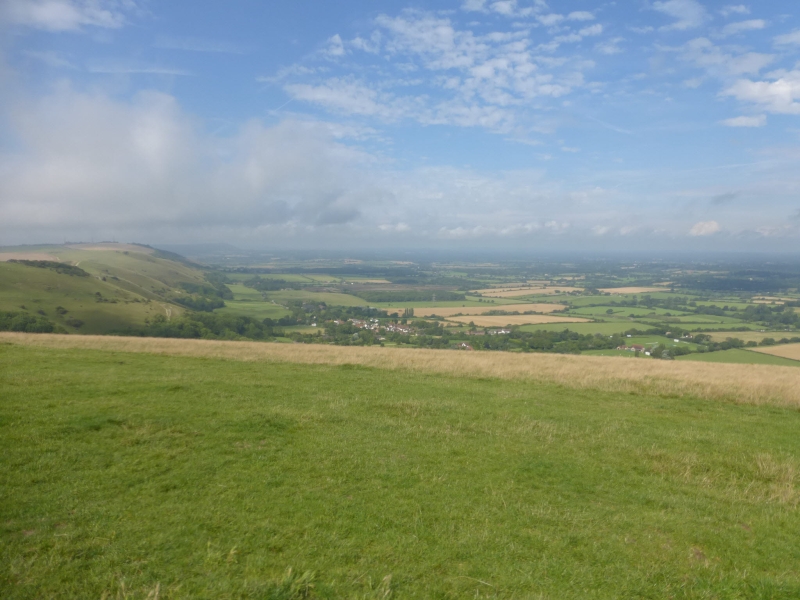 At nearly a mile long, the Dyke valley is the longest, deepest and widest 'dry valley' in the UK. Legend has it that the Devil dug this chasm to drown the parishioners of the Weald. 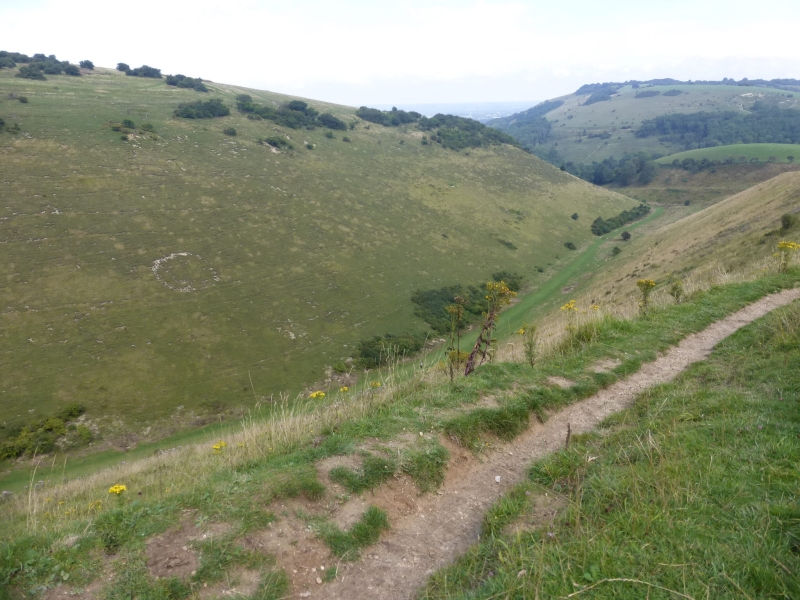 It was a perfect day for hiking Devil’s Dyke! 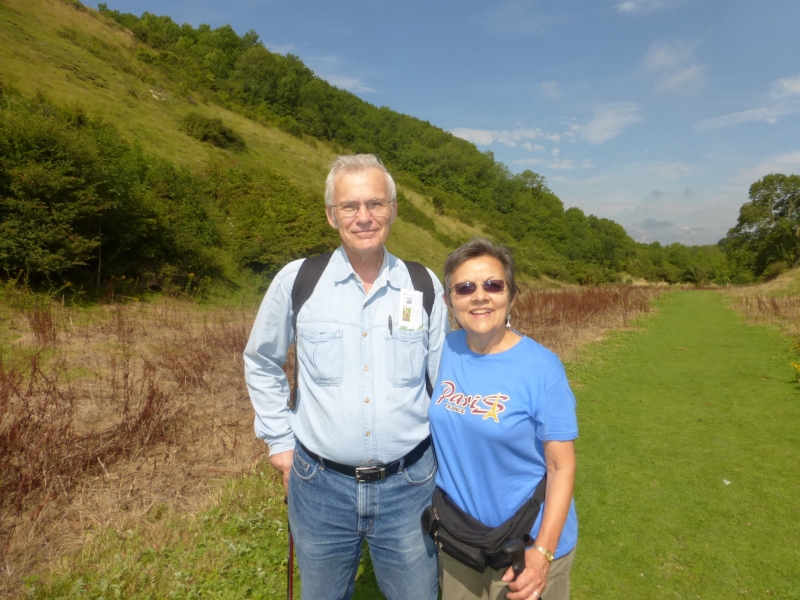 After our hike, we rode the bus from Devil’s Dyke to Brighton. 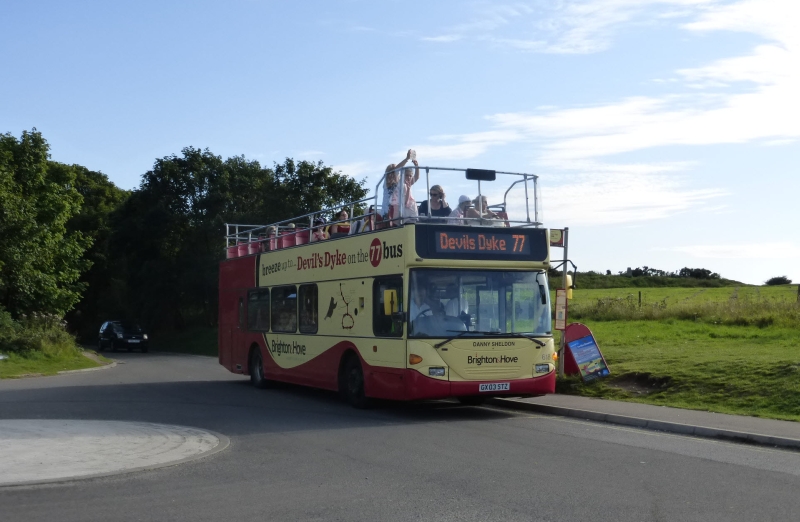 The Royal Pavilion is a former royal residence. It was built in three stages, beginning in 1787, as a seaside retreat for George, Prince of Wales, who became the Prince Regent in 1811. 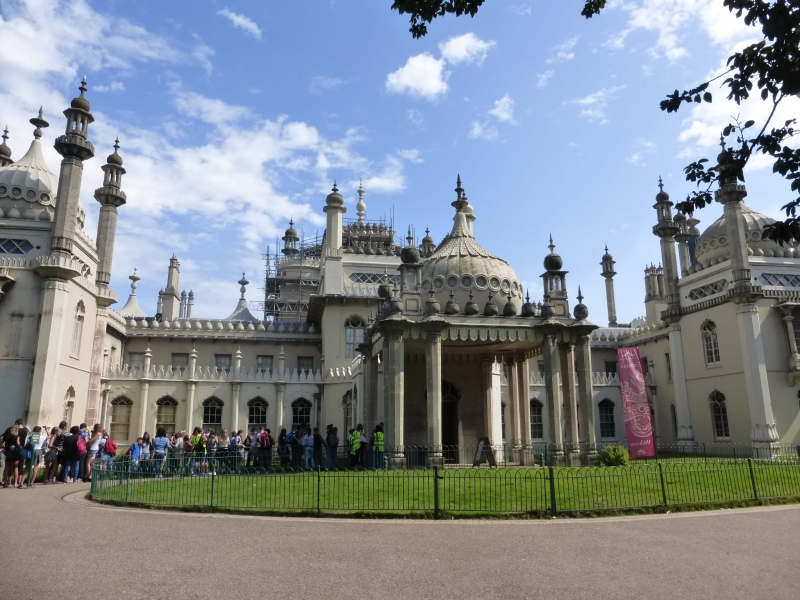 Brighton’s Victoria Fountain was inaugurated May 25, 1846 for the Queen's twenty-seventh birthday. 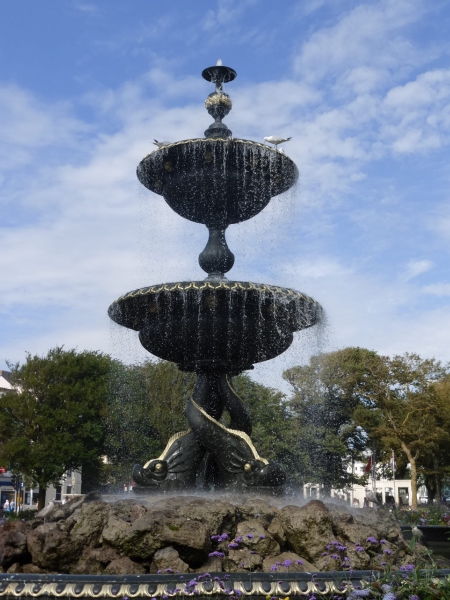 Brighton beach and pier (from top of bus) 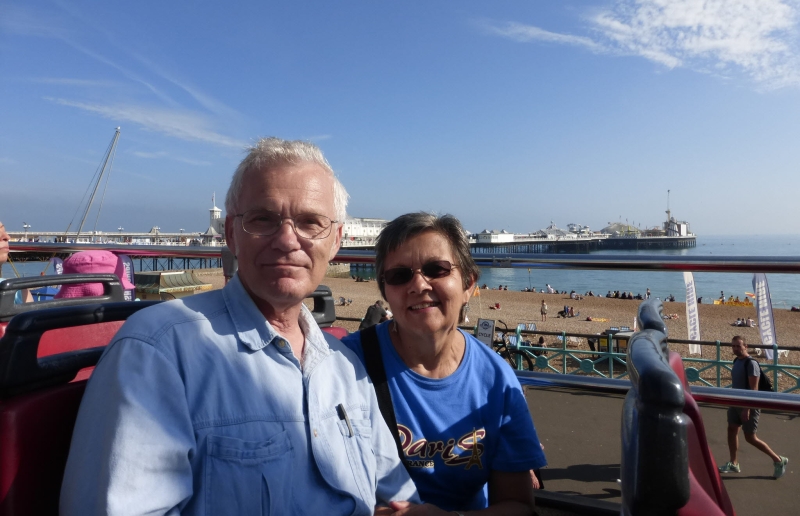 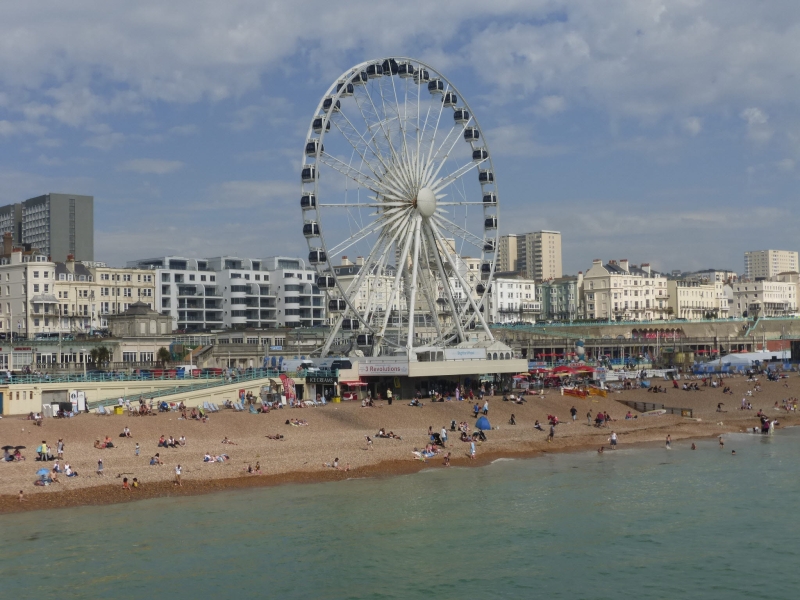