We took a long trek through Headley Heath with some friends.  During the Second World War, Headley Heath was used by the Canadian army as a training ground. 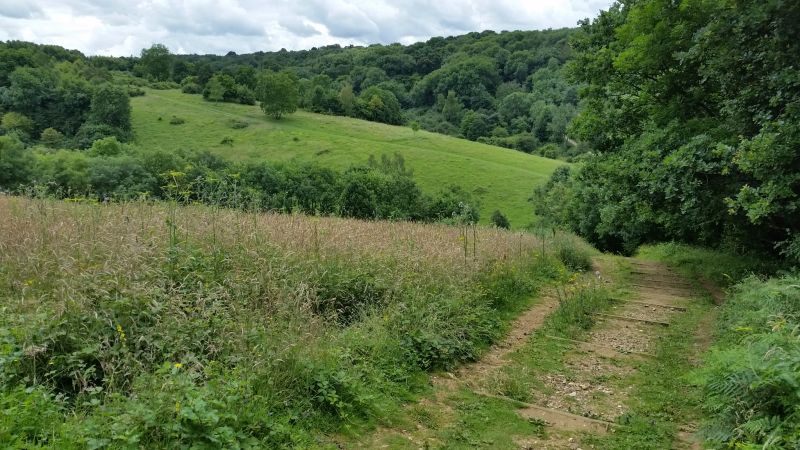 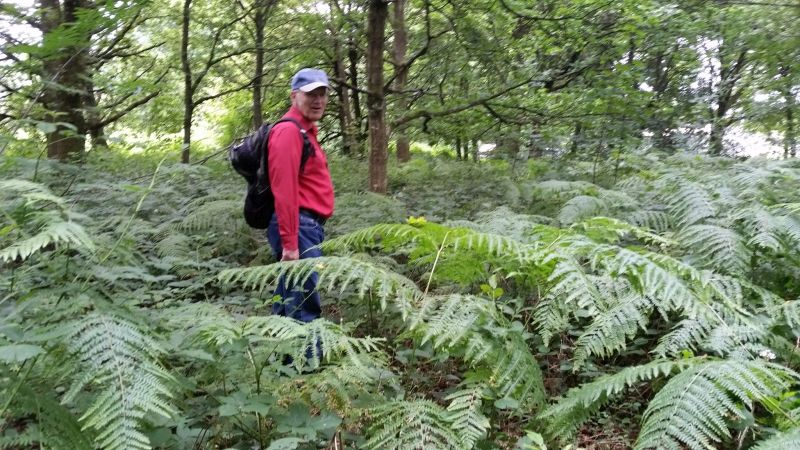 Our delightful neighbor Jean included us in her 75th birthday celebration!  Note that unique cake, shaped like a lady’s handbag.  It tasted even better than it looked! 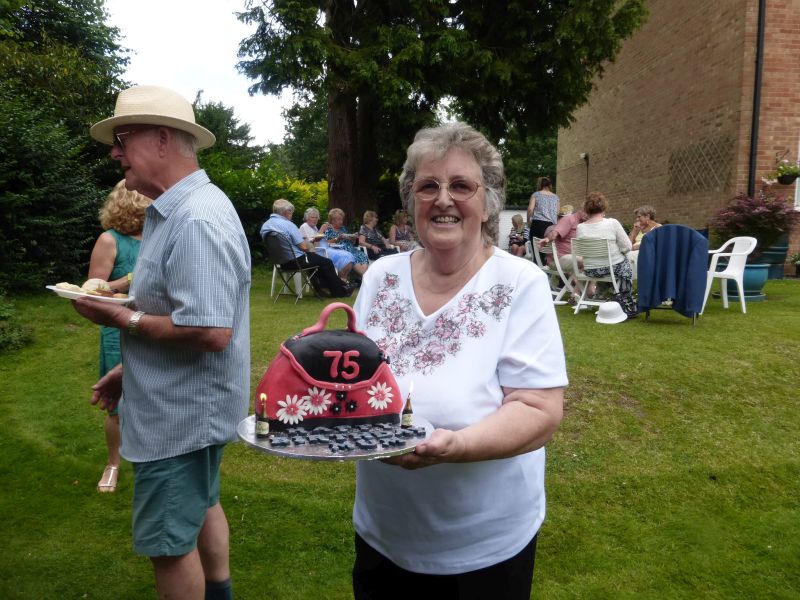 The restaurant gave Suzanna a free sundae for her birthday.  We split it 3 ways, including our friend Daisy. 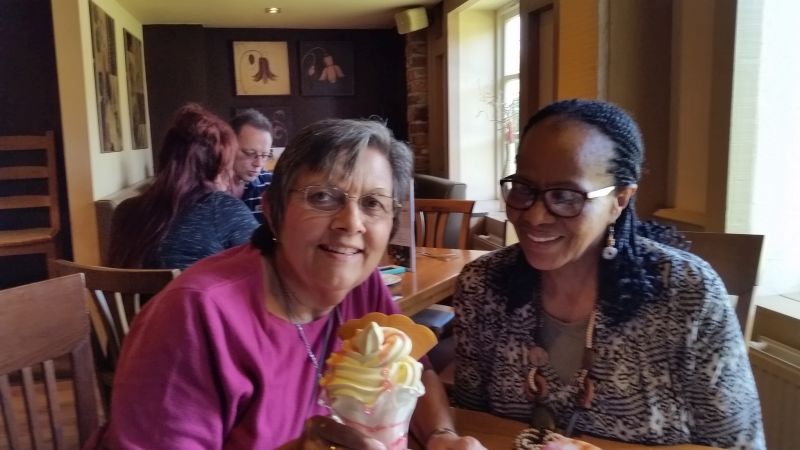 Here is one member of the two families of foxes who live in the grounds of the office where we work. 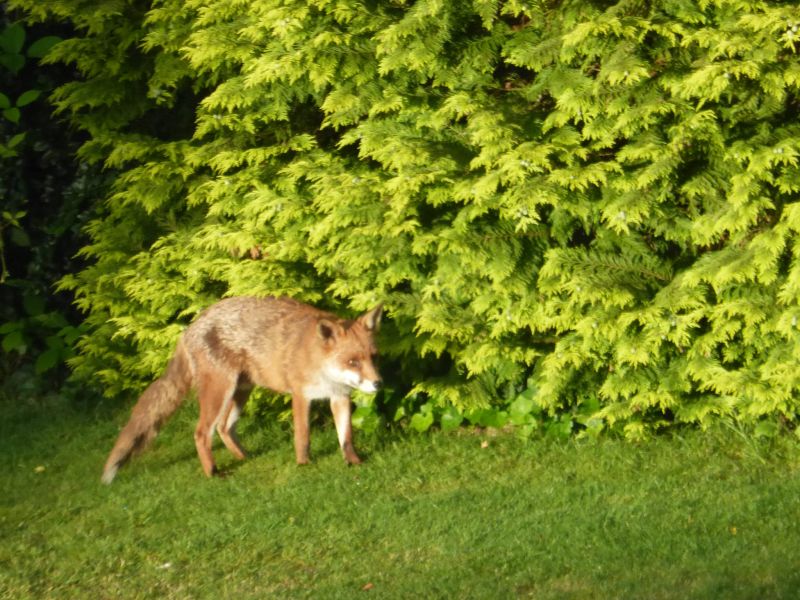 Abinger Hammer has this clock which portrays the figure of "Jack the Blacksmith", who strikes the hour with his hammer. The clock bears the motto "By me you know how fast to go".  The clock was given in memory of the first Lord Farrer of Abinger Hall who died in 1899.  The clock represents the iron industry and the role played by the county of Surrey in the industrial past. 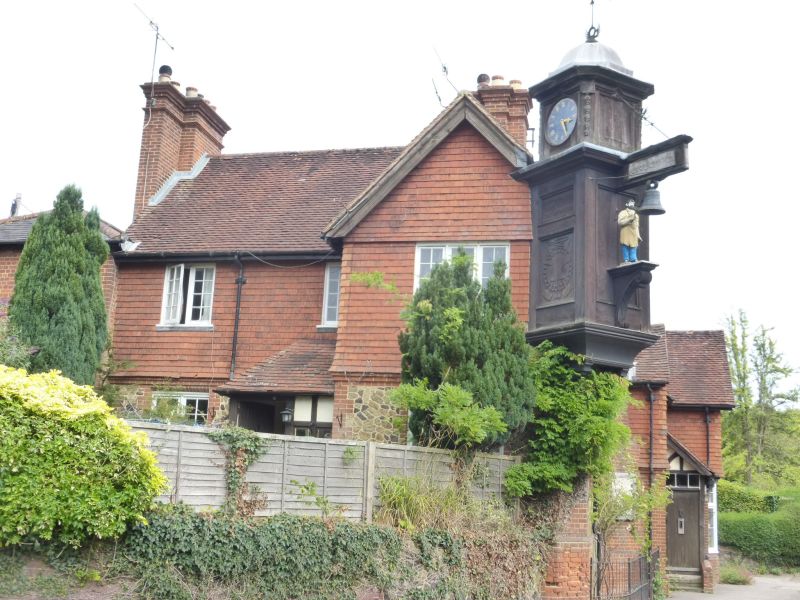 Farnham Castle was built in 1138 was to become the home of the Bishops of Winchester for over 800 years.  The original building was demolished by Henry II in 1155 after the Anarchy and then rebuilt in the late 12th and early 13th centuries.  In the early 15th century, it was the residence of Cardinal Henry Beaufort who presided at the trial of Joan of Arc in 1414. 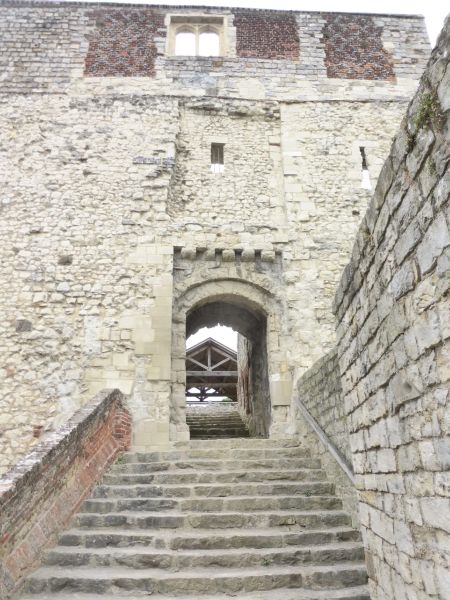 Waverley Abbey was founded in 1128.  It was damaged on more than one occasion by severe flooding, resulting in rebuilding in the 13th century. Despite being the first Cistercian abbey in England, and being motherhouse to several other abbeys, Waverley was "slenderly endowed" and its monks are recorded as having endured poverty and famine.  The abbey was closed in 1536 as part of King Henry VIII's Dissolution of the Monasteries. 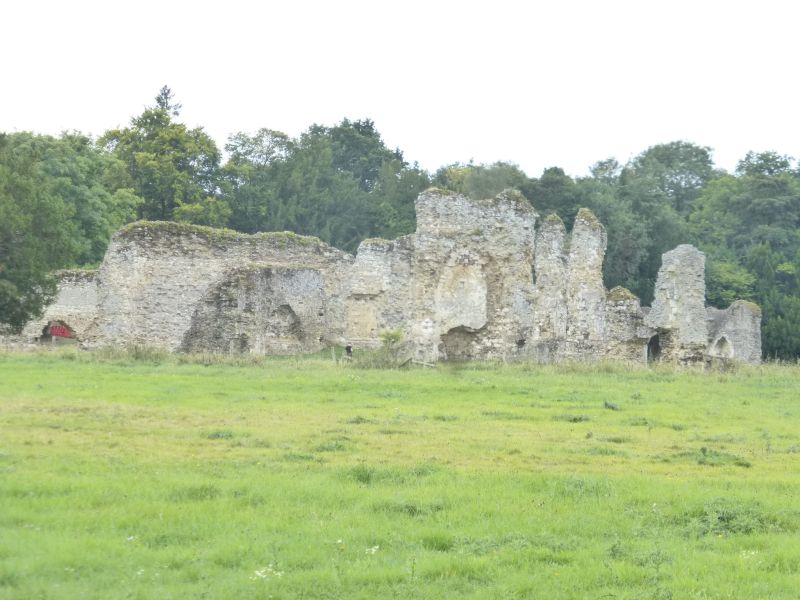 At Waverly Abbey we saw several anti-invasion defenses of Britain during World War II, including this “pill box” and other gun emplacements. 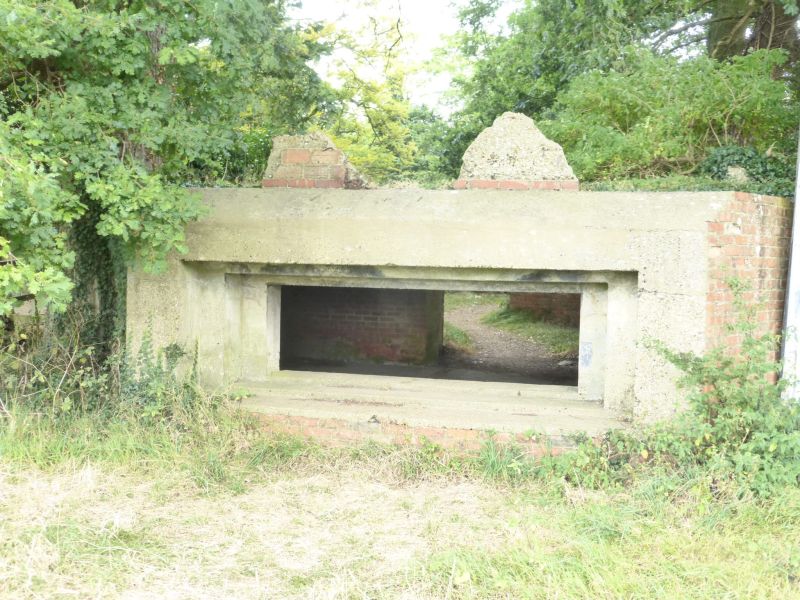 Gatton Park Hall is near our home.  Gatton Park is a country 250 acre estate set in parkland landscaped by Capability Brown near Gatton in Surrey. 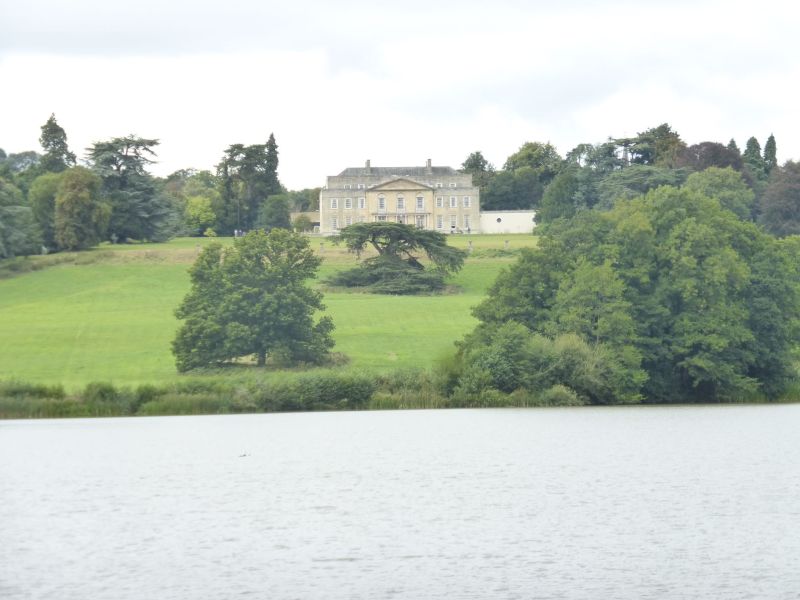 Walking around Gatton Park with friends 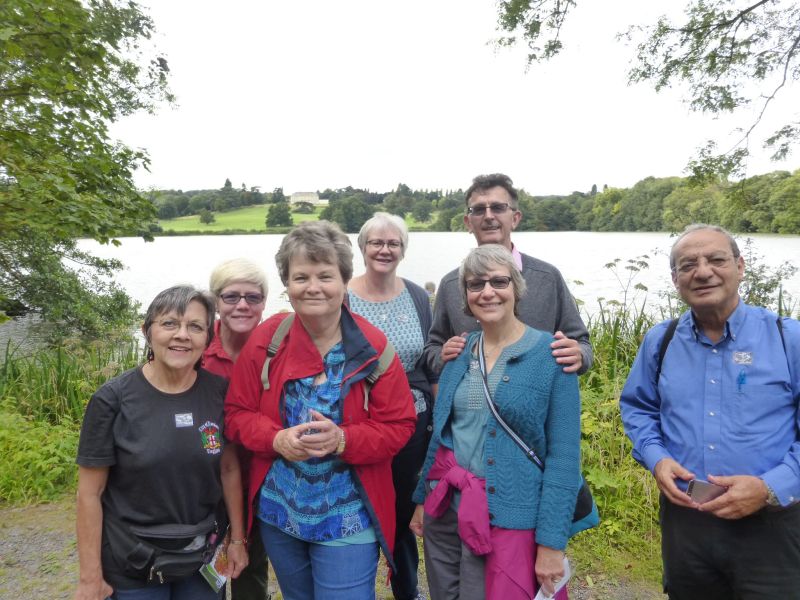 We went walking through the South Downs with some friends. 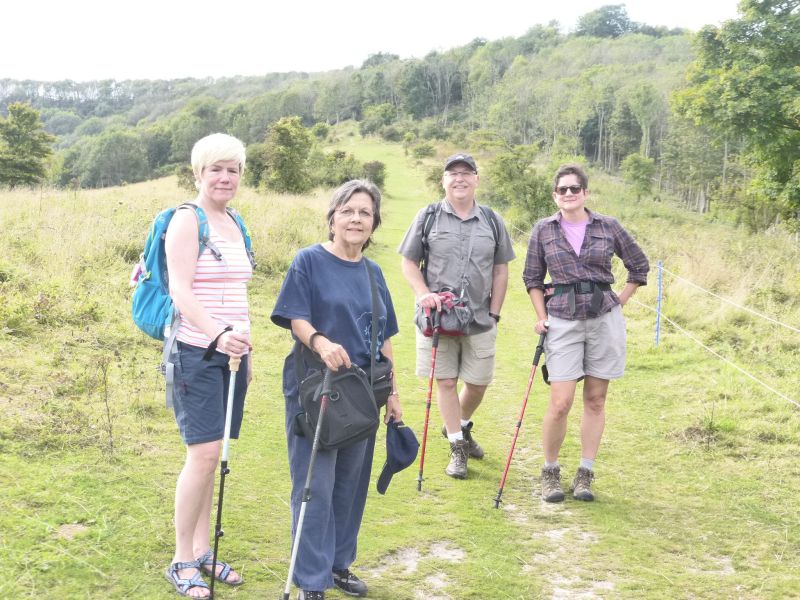 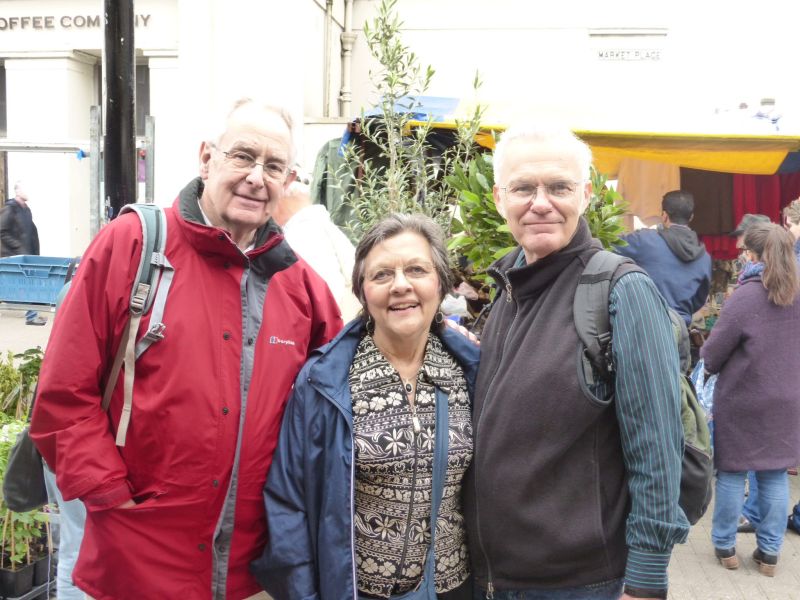 Mark and Suzanna at St. Albans’ clock tower which was built between 1403 and 1412, the only medieval town belfry in England. The tower with its fine bell has survived over 600 years of use. The Clock Tower was first and foremost a political statement. The townspeople used it to assert their freedom, power and wealth in the face of the premier Benedictine Abbey of England (now St Albans Cathedral). 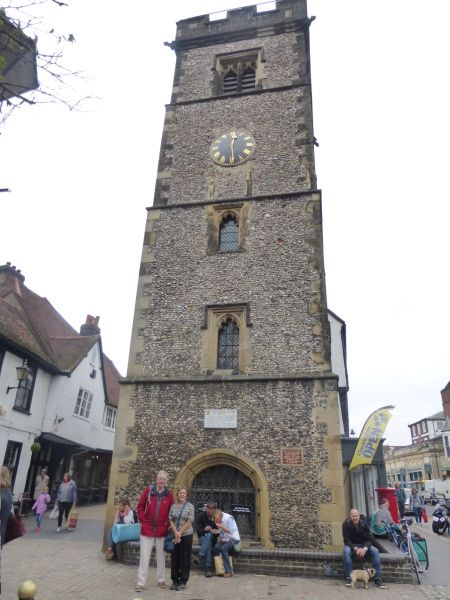 We travelled to Dubai for a business meeting.  One afternoon we took time away from the meetings to take a tram trip through the city. 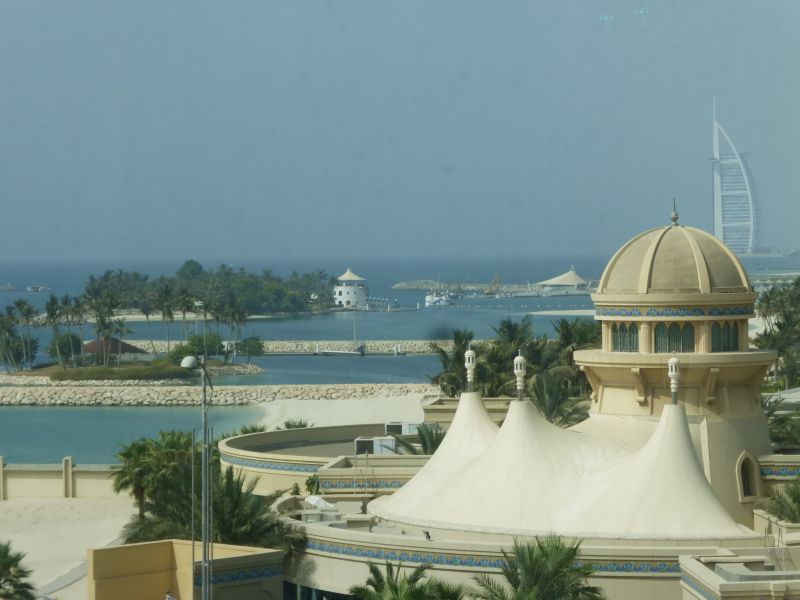 One of the hotels along the coast in Dubai. 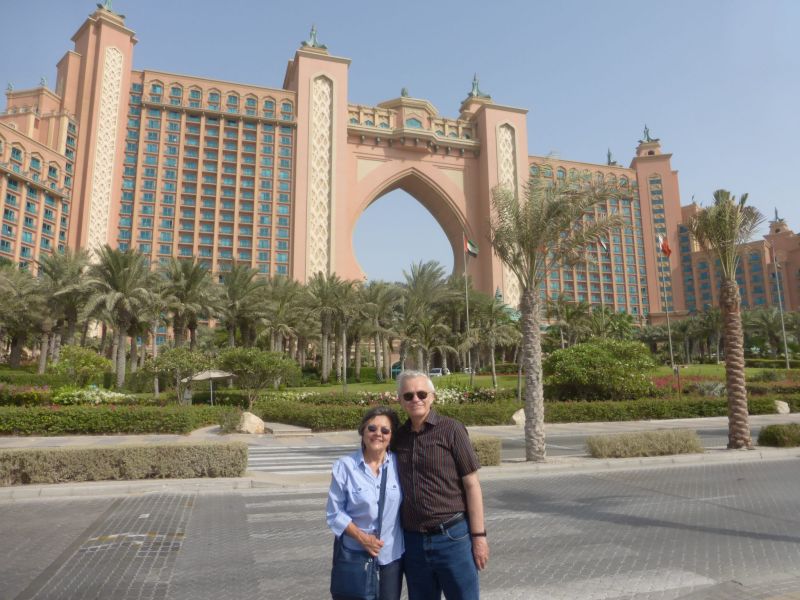 Travelling through Dubai by tram. 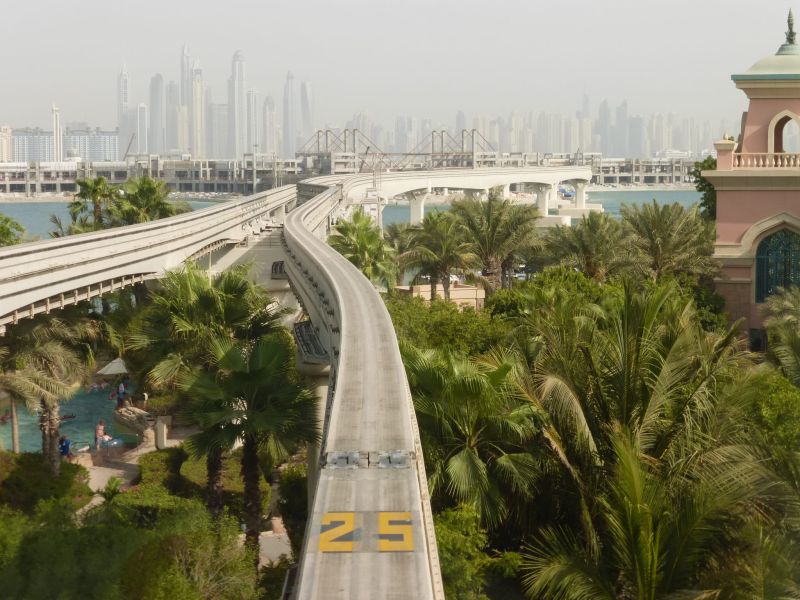 We took a long walk through the 1000 acres of land at Knole.  The park has changed little since Thomas Sackville's death in 1608. 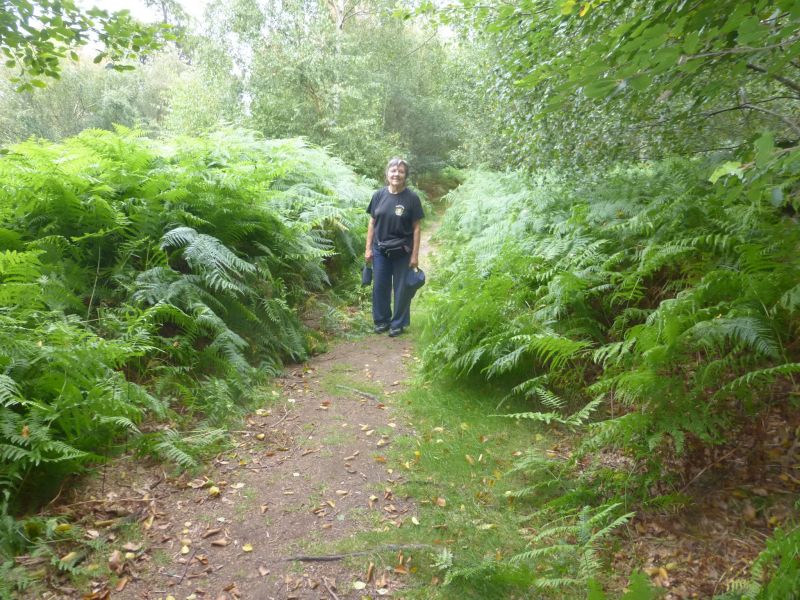 Knole House is an English country house in the civil parish of Sevenoaks.   Knole is one of England's largest houses with 365 rooms, 52 staircases, 12 entrances and seven courtyards.   It was constructed beginning in the late 15th century, with major additions in the 16th century.   King Henry VIII liked it so much that he forced Thomas Cranmer the Archbishop of Canterbury to hand it over to him in 1538. 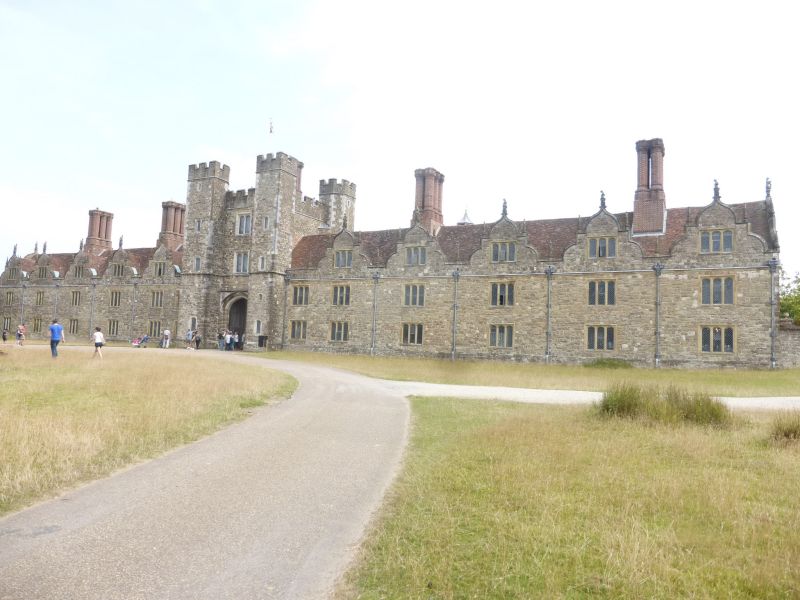 Knole Park is one of the few Tudor deer parks in England to have survived the past 500 years.  The 1000 acres of Knole is home to an 800 strong herd of Fallow and Japanese Sika deer who do a good job of keeping the grass short. 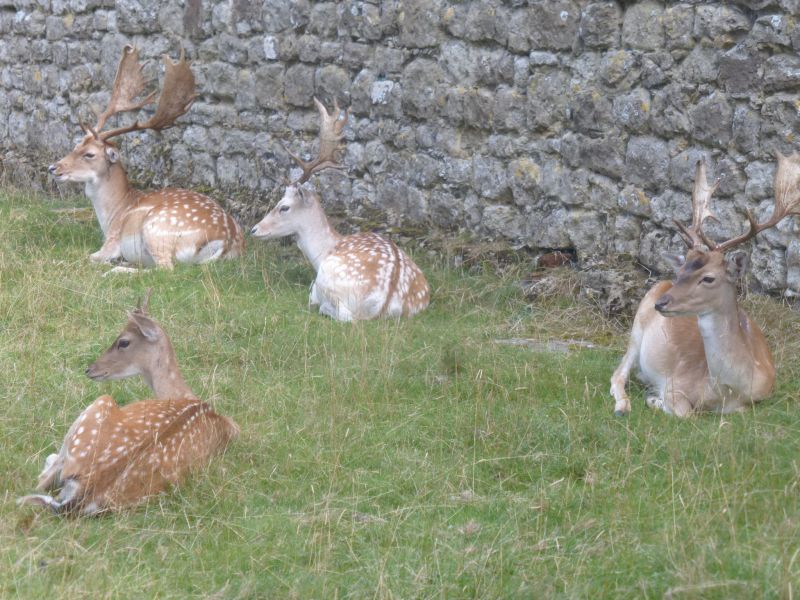