All Souls is the only surviving church built by renowned regency architect, John Nash. It is one of the “Waterloo Churches” built to express the nation’s thanksgiving to God for victory over Napoleon in 1815, and was erected in 1822-24.  All Souls has always had strong connections to the Crown and these remain today. All Souls’ Rector is still appointed by the Crown.  On 8th December 1940 a land-mine exploded nearby, causing extensive damage that took many years to repair.   For most of its history, All Souls has been an active, evangelical church, simple in worship, committed to the Bible and energetic in witness to Jesus Christ as Lord and Saviour. Today the building welcomes over 2500 people from over 65 different nationalities each Sunday. 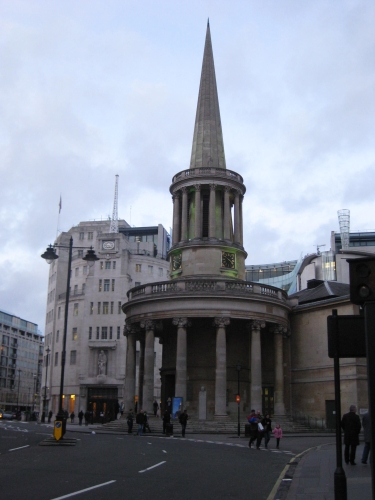 We recently were blessed to attend Wintershall’s “Nativity” at All Souls.  It began outside at BBC Square with the angel appearing to the shepherds.  We then moved into the sanctuary for the remainder of the drama.  What a memorable evening! 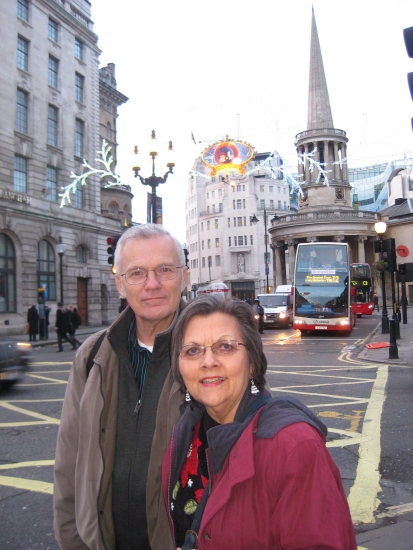 For more than 1400 years, a cathedral dedicated to St Paul has stood at the highest point in the City. The present Cathedral, the masterpiece of Britain's most famous architect Sir Christopher Wren, is at least the fourth to have stood on the site. It was built between 1675 and 1710, after its predecessor was destroyed in the Great Fire of London, and services began in 1697.

We recently climbed to the upper domes of St. Paul’s and had a spectacular panoramic view of London! 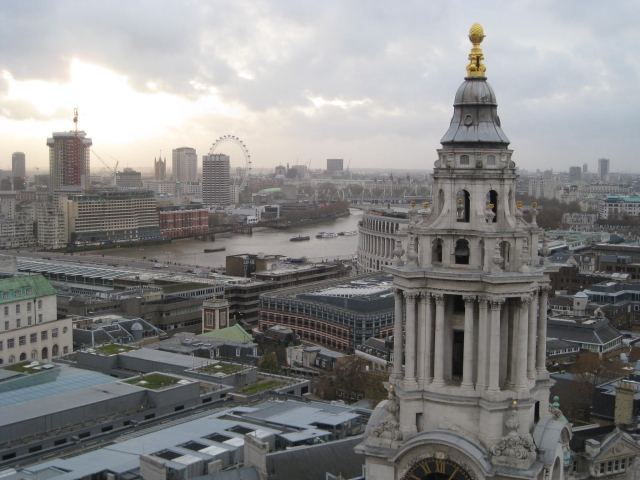