The church we attend was founded by C. H. Spurgeon. 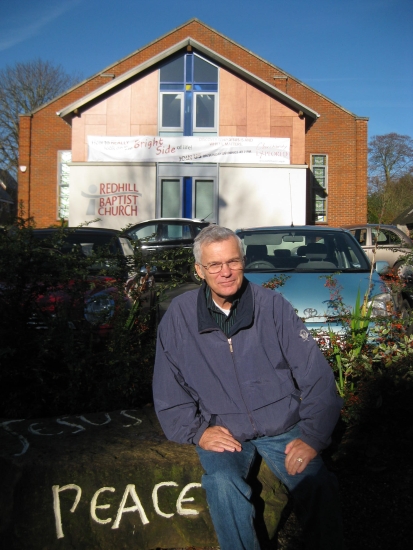 We visited London’s Metropolitan Tabernacle, proclaiming the gospel of Jesus Christ since 1650. It was pastored by C H Spurgeon 1854-1892.  Thousands gathered every Sunday for over forty years to hear Spurgeon’s lively sermons.  In addition to his regular pastoral duties, he founded Sunday schools, churches, an orphanage, and the Pastor's College. He edited a monthly church magazine and promoted literature distribution. 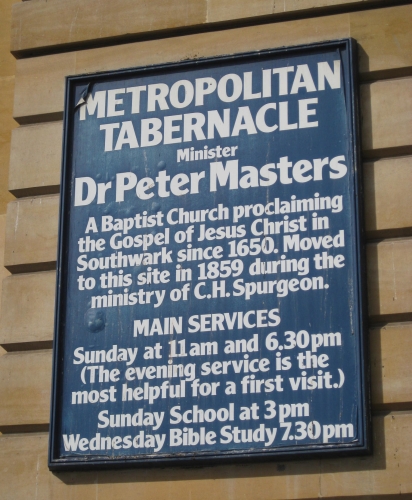 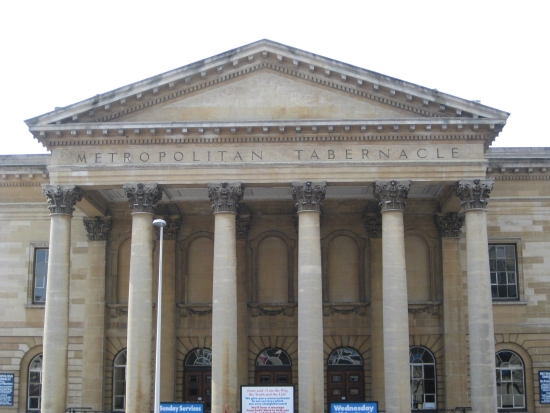 Richard with Dr. Peter Masters standing in front of C. H. Spurgeon’s pulpit and the last portrait painted of that great theologian. 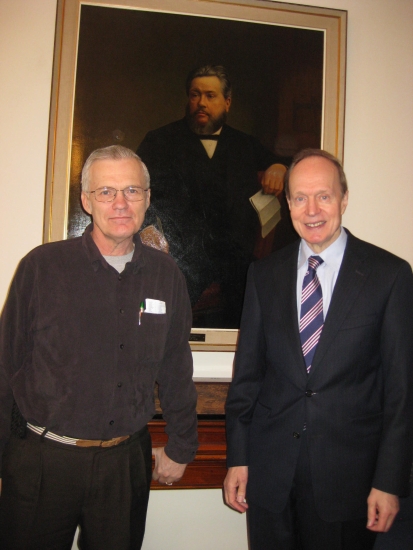 Suzanna at what remains of Reigate Castle, in walking distance of our apartment.  John Foxe (1516-1587), author of Foxe's Book of Martyrs did some of his writing here.  While living here in 1550, he acted as tutor to nephews of his patron Mary Fitzroy, the duchess of Richmond. 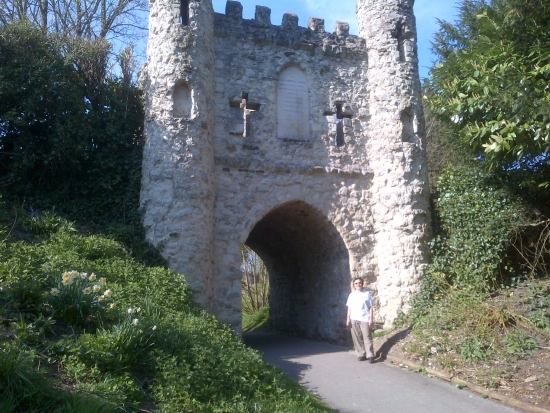 William Booth (1829–1912) was a British Methodist preacher who founded The Salvation Army and became its first General (1878–1912). The Christian movement with a quasi-military structure and government founded in 1865 has spread from London, England to many parts of the world and is known for being one of the largest distributors of humanitarian aid. 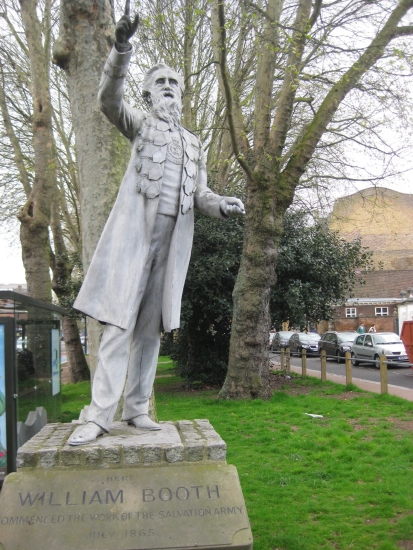 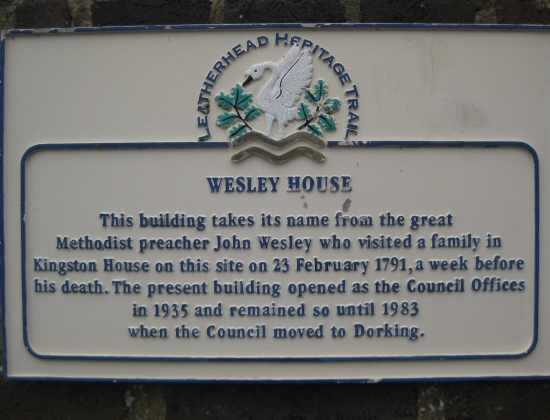 We recently visited Battle, the site of the Battle of Hastings where William, Duke of Normandy, defeated King Harold II to become William I in 1066.  We are standing in the crypt of the Benedictine Abbey which was built on the battlefield.  Within sight of the battlefield is this lovely church. 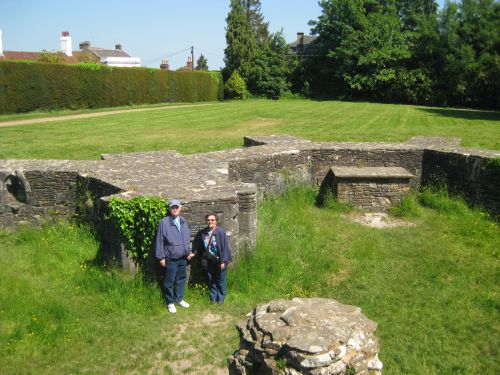 St Mary the Virgin (Battle) - St Mary's has been at the centre of Christian life in Battle for nearly 900 years.  This beautiful Parish Church was founded by Abbot Ralph circa. A.D.1115. It was established to serve the community which had grown up around the Benedictine Abbey of St. Martin. 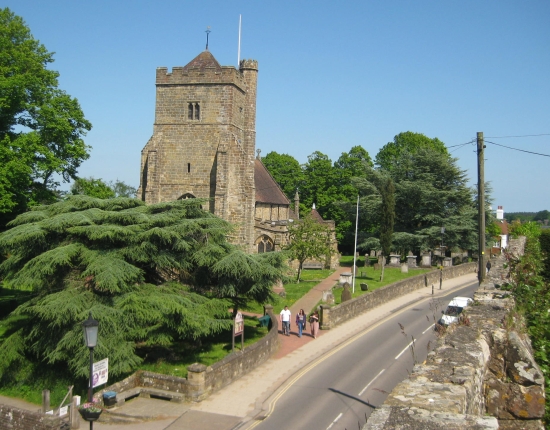 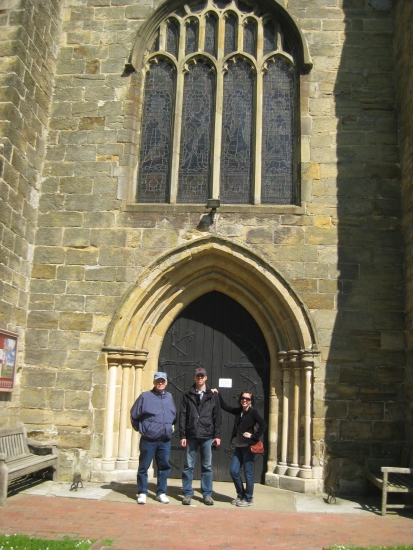 St. Mary's, Reigate - In walking distance of our home is a church that possibly predates the Norman Conquest of England. 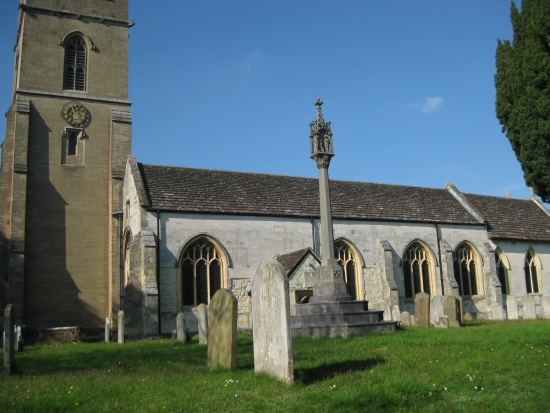 In a nearby town of Dorking, we found the place where John Wesley established the first Methodist chapel in Dorking in 1772. 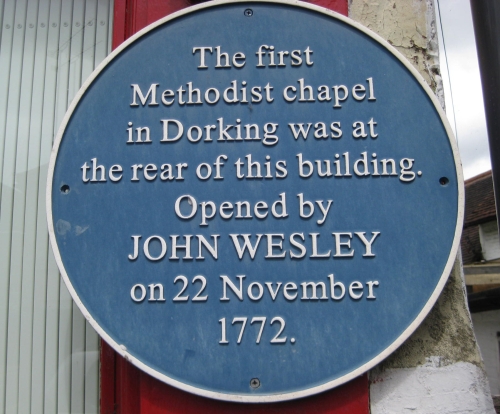 This stone plaque in St. Mary’s Church (Westerham) is dedicated to John Fryth, scholar and Protestant martyr.  Fryth was born in Westerham in 1503. He adopted Protestant views and fled abroad to help William Tyndale with his Bible translation.  On his return to England he was arrested and held in the Tower, before being burned at Smithfield on 4th July 1533. 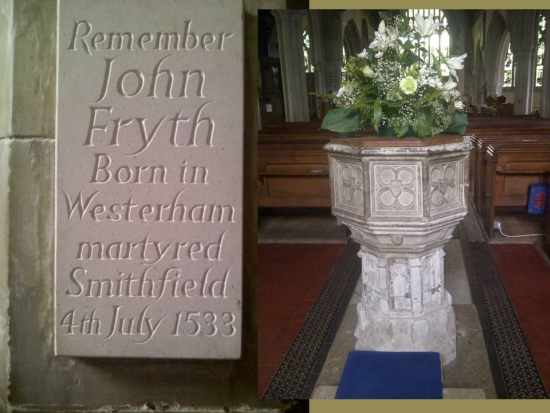