Hiking along the North Sea coastline in Northern Ireland. 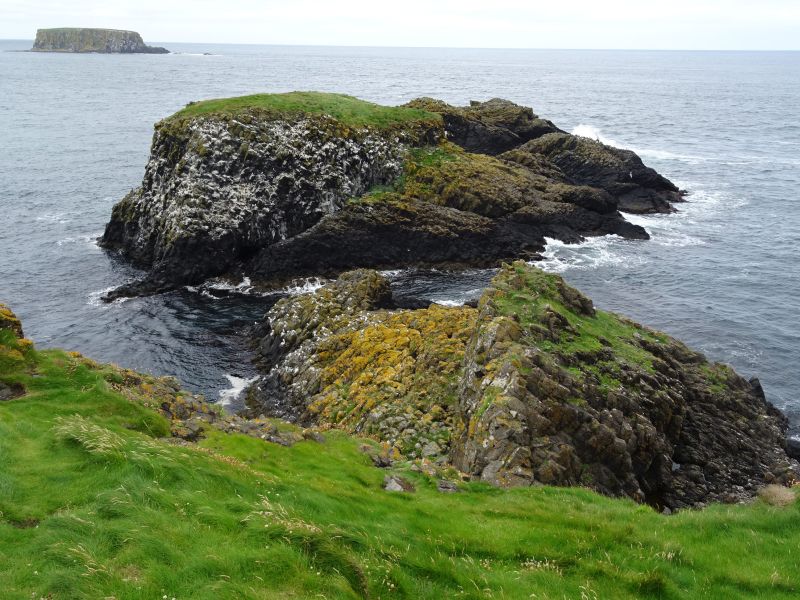 Carrick-a-Rede Rope Bridge is a famous rope bridge in Northern Ireland. The bridge links the mainland to the tiny island of Carrickarede.   It spans 66 ft and is 98 ft above the rocks and sea below. It is thought salmon fishermen have been building bridges to the island for over 350 years during the salmon season (June until September). 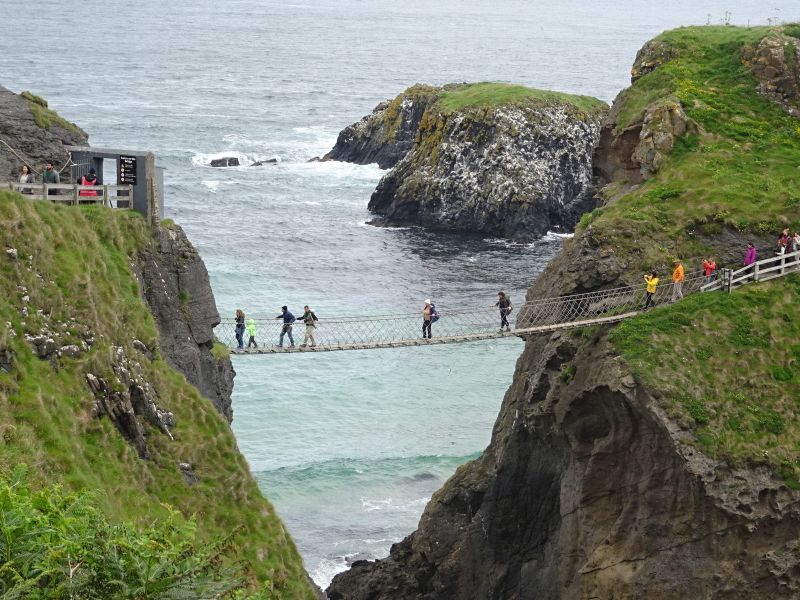 The Giant's Causeway is an area of about 40,000 interlocking basalt columns, the result of an ancient volcanic eruption on the north coast of Northern Ireland.  The tops of the columns form stepping stones that lead from the cliff foot and disappear under the sea.  Across the sea, there are identical basalt columns (a part of the same ancient lava flow) at Fingal's Cave in Scotland. 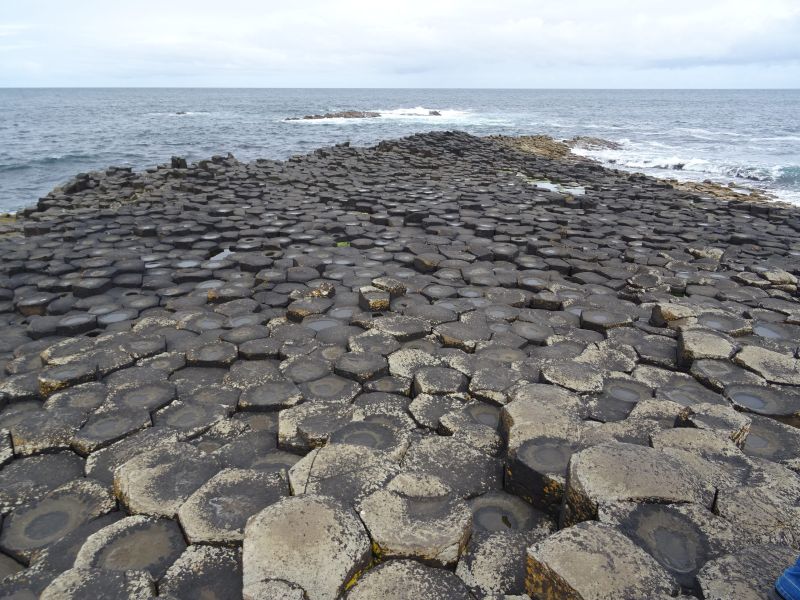 According to legend, the columns are the remains of a causeway built by the Irish giant Fionn mac Cumhaill (Finn MacCool), from old Gaelic mythology.   Most of the columns are hexagonal, although there are also some with four, five, seven or eight sides. The tallest are about 39 ft high. 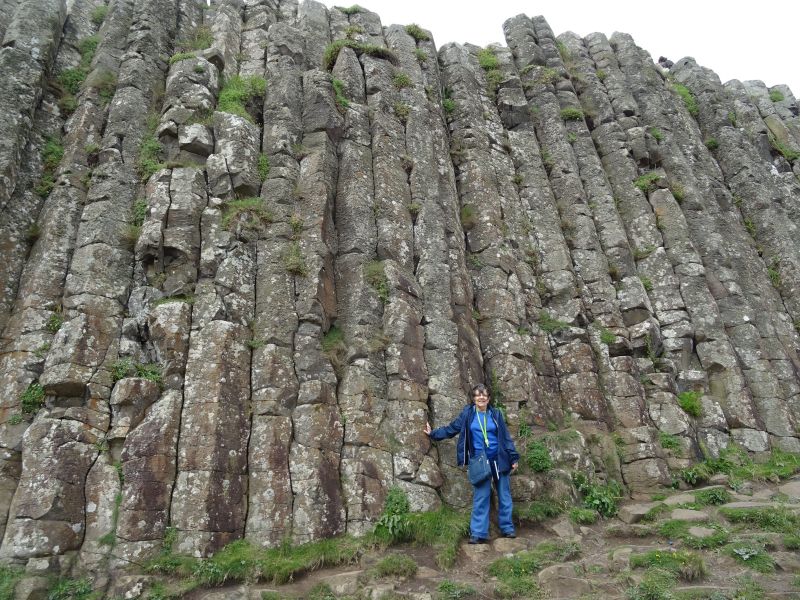 Some of the structures in the area, having been subject to several million years of weathering, resemble objects, such as the Giant’s Gate. 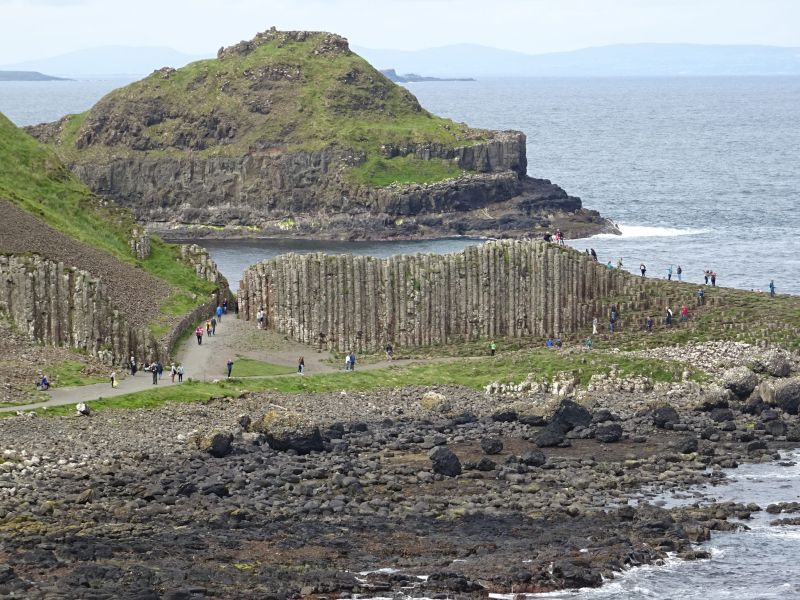 It was a long and steep hike up from the coast to the top of the cliffs. 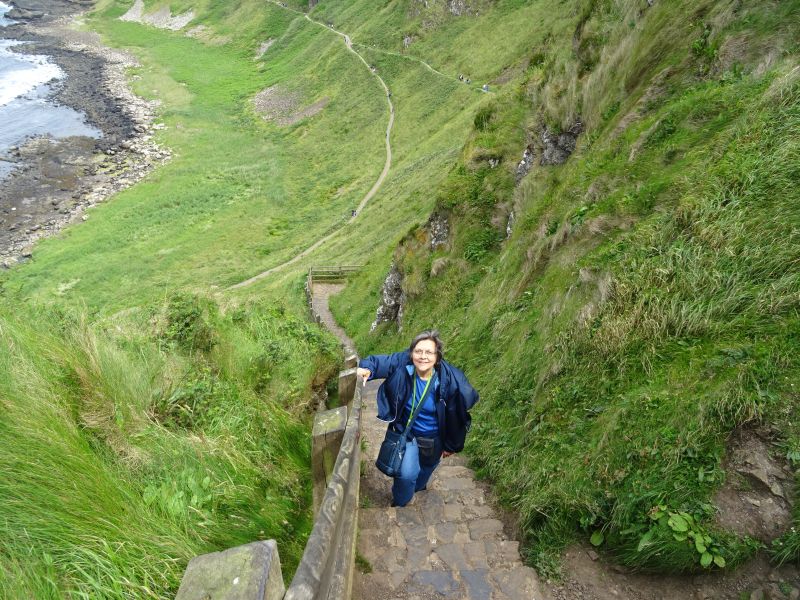 Derry, officially Londonderry is the second-largest city in Northern Ireland.  Derry has the only complete original city wall in Europe.   The old walled city lies on the west bank of the River Foyle, which is spanned by two road bridges and one footbridge.   We were able to walk around the old city by walking along the top of the city walls. 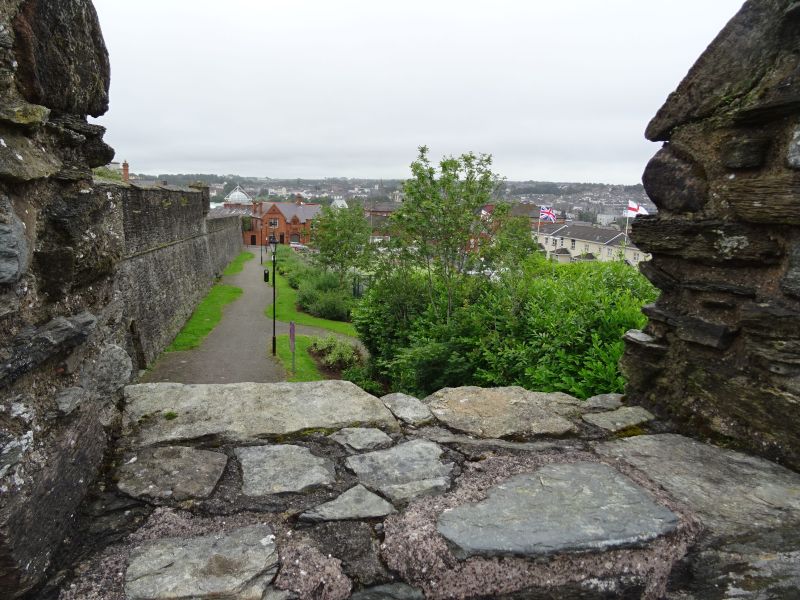 Austins was a department store in the Diamond area of Derry.  The store was established in 1830 and, until 2016, remained standing as the world's oldest independent department store. 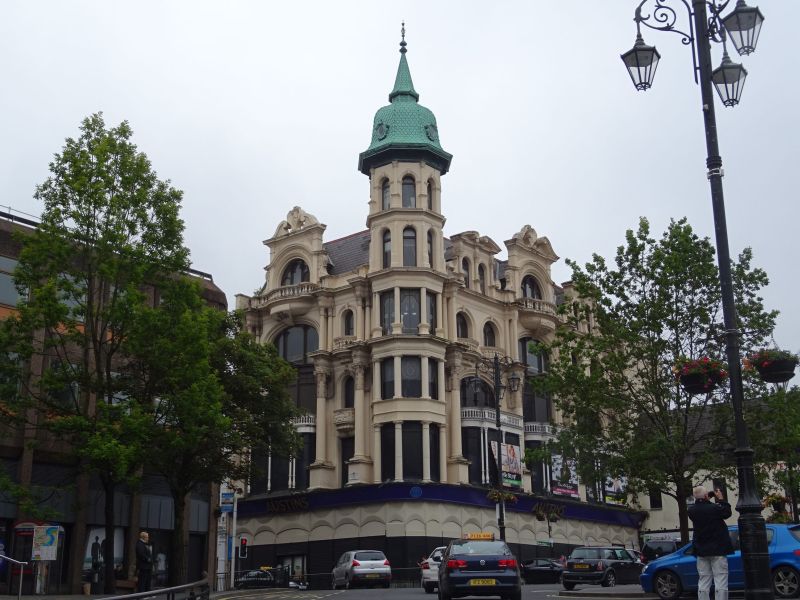 Free Derry was a self-declared autonomous nationalist area of Londonderry (Derry), Northern Ireland, that existed between 1969 and 1972.  The area was secured by community activists who built barricades and carried clubs and similar arms to prevent the Royal Ulster Constabulary (RUC) from entering.  The Irish Republican Army (IRA) began to re-arm and recruit after August 1969.  It was supported by the people of the Free Derry area. 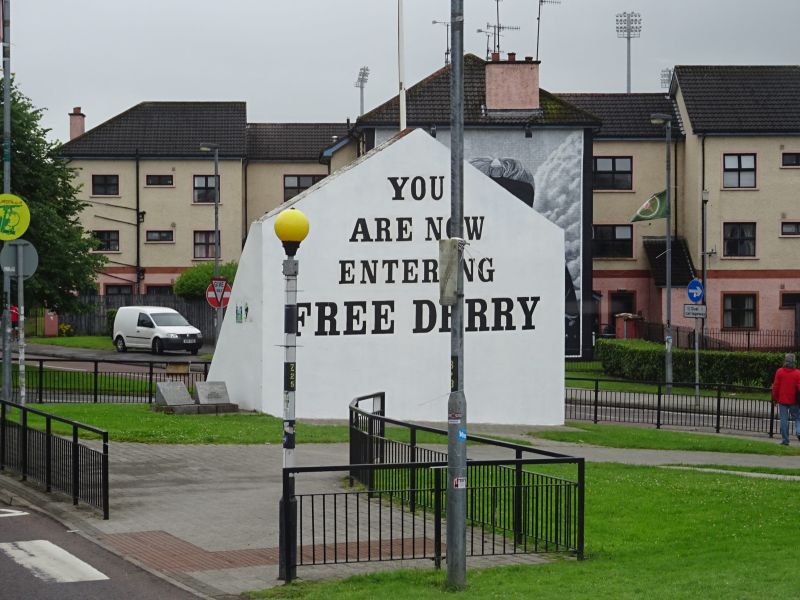 Free Derry came to an end on 31 July 1972, when thousands of British troops moved in with armored cars and bulldozers to occupy the area.  The Free Derry era is commemorated by the Free Derry wall, the murals of the Bogside Artists and the Museum of Free Derry on the walls of the homes and buildings in the area. 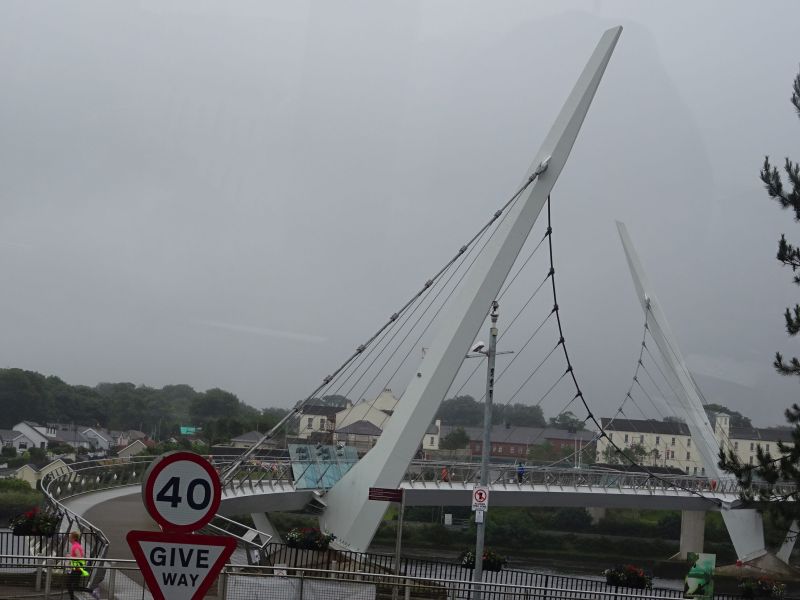 The Ulster American Folk Park is an open-air museum with more than 30 exhibit buildings. The museum tells the story of three centuries of Irish emigration.  Within the museum there are many restored, original buildings with connections to local families. The park was developed around the Mellon House, the birthplace of Irish-American banker and lawyer Thomas Mellon, founding father of the Mellon banking dynasty. This house and its outbuildings remain in their original location. 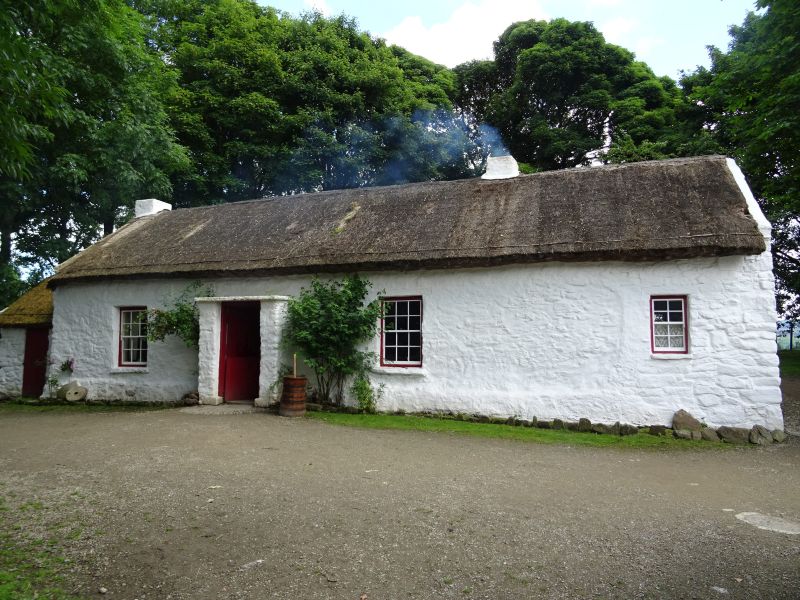 The log house was built by Richard McCallister near Salt Creek, West Virginia.  His parents emigrated from Ulster in the 1720’s and the house was built in the early 1800’s. 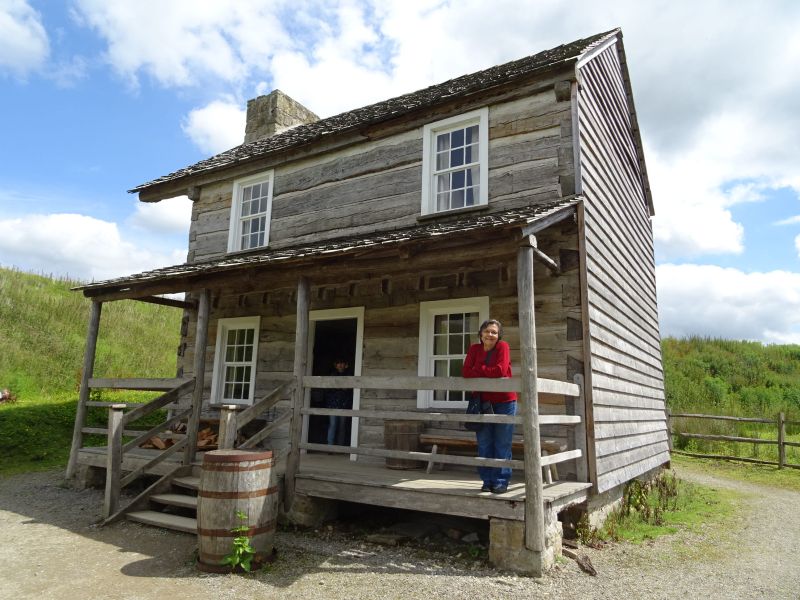