July 2017 in Republic of Ireland

Touring along the western coastline of the Republic of Ireland

While driving along the narrow winding roads along the west coast of Ireland, we noticed that much of the land was covered with rocks. 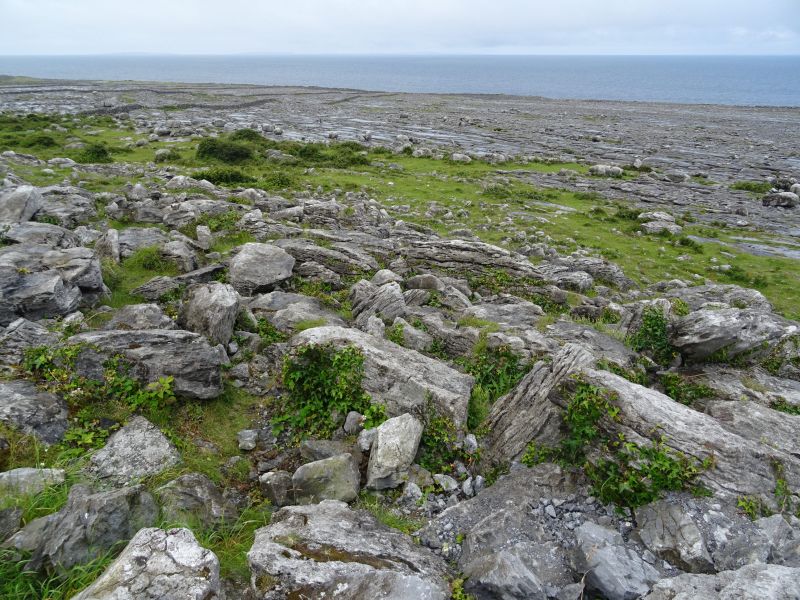 The Cliffs of Moher are located at the southwestern edge of the Burren region in County Clare, Ireland.  They rise between 390 ft and 702 ft above the Atlantic Ocean   The cliffs rank amongst the most visited tourist sites in Ireland and receive approximately one million visitors a year. 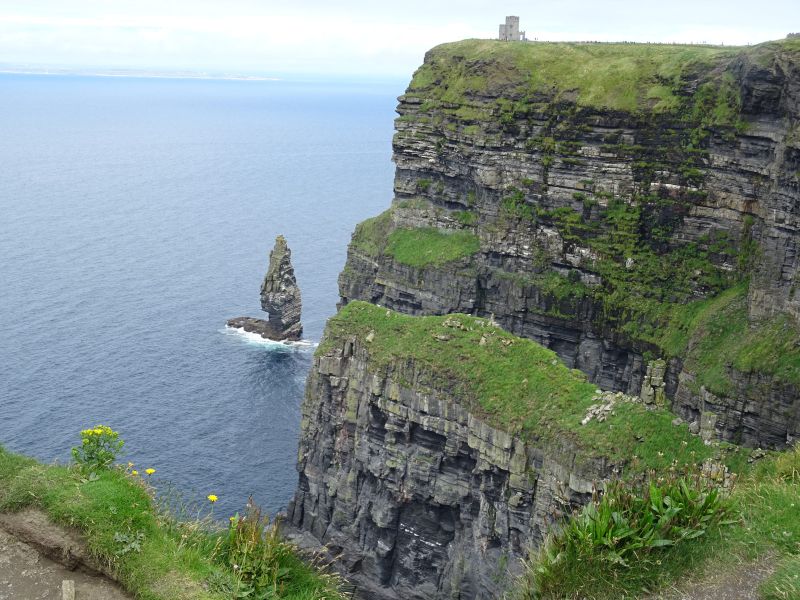 Blennerville Windmill is a tower mill in County Kerry and the tallest of its kind in Europe.  It was built by Sir Rowland Blennerhassett in 1800 and used for grinding corn for both the local population and for export to Britain. However, by the mid-late 19th century due to the introduction of steam power, the silting of the river channel at Blennerville, the opening of the Tralee Ship Canal in 1846, and the building of Fenit Harbor in 1880; the windmill fell into ruins. It was restored in 1990 is now Ireland´s only commercially operated windmill in existence. 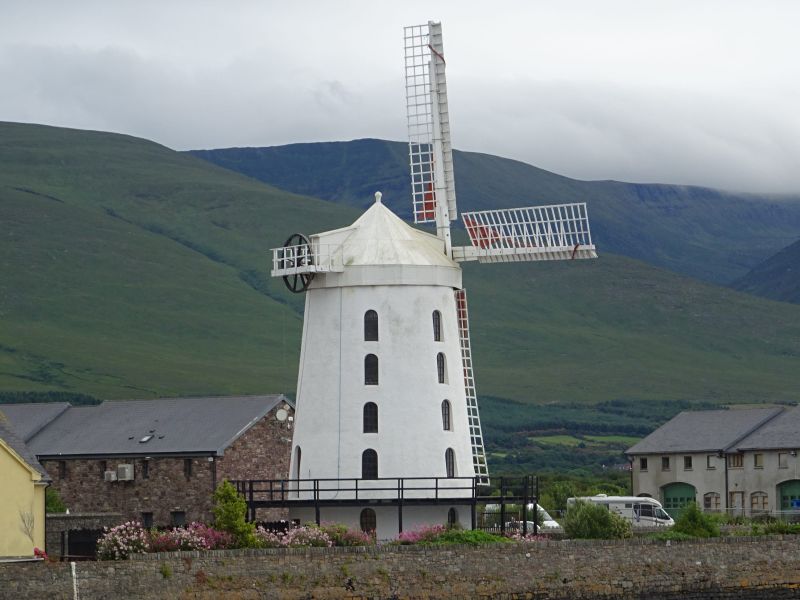 Killarney National Park was established in 1932 to protect one of Ireland’s most precious natural habitats. Beneath the wild, rugged summits of the country’s highest mountains, it encloses a beautiful sylvan landscape of ancient woodland, spectacular waterfalls and quiet lakes.

Muckross Abbey is one of the major religious sites found in the Killarney National Park. It was founded in 1448 as a Franciscan friary for the Observantine Franciscans.  It has had a violent history and has been damaged and reconstructed many times. The friars were often subjected to raids by marauding groups and were persecuted by Oliver Cromwell’s forces.  Although the abbey is now largely roofless, it is generally quite well preserved. 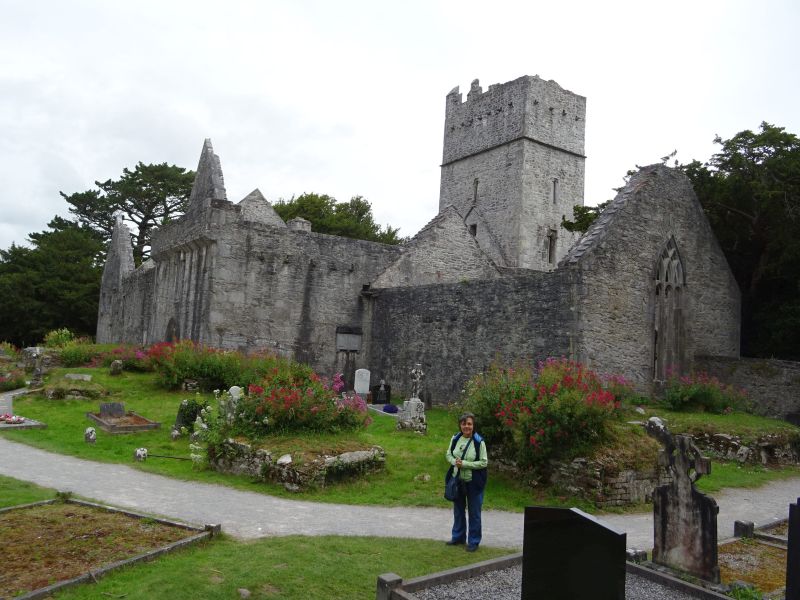 Muckross House is a furnished 19th-century mansion set among mountains and woodland.  It is located near the shores of Muckross Lake. 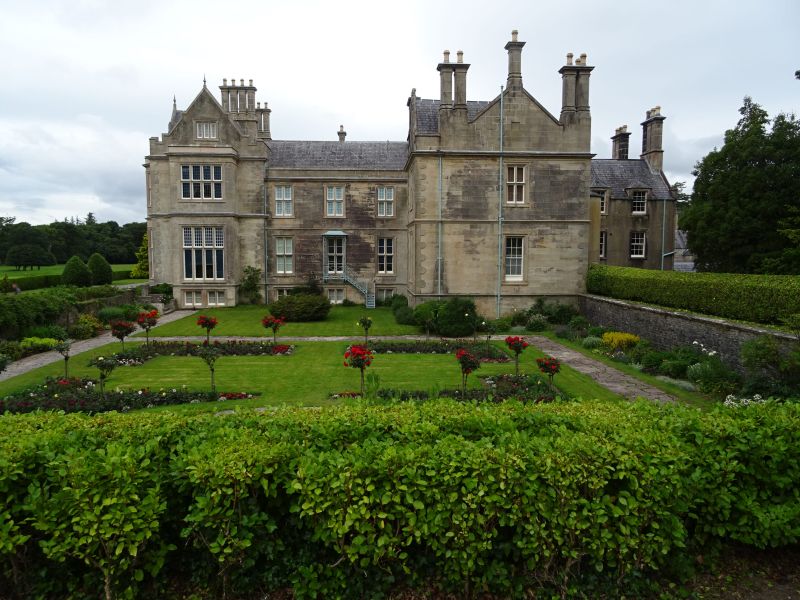 Jaunting Car trip is a type of horse drawn carriage famous in the Killarney Valley for over two hundred years.   We decided that we needed to experience travelling by Jaunting Car for our travel to Muckross Abbey and Muckross House. 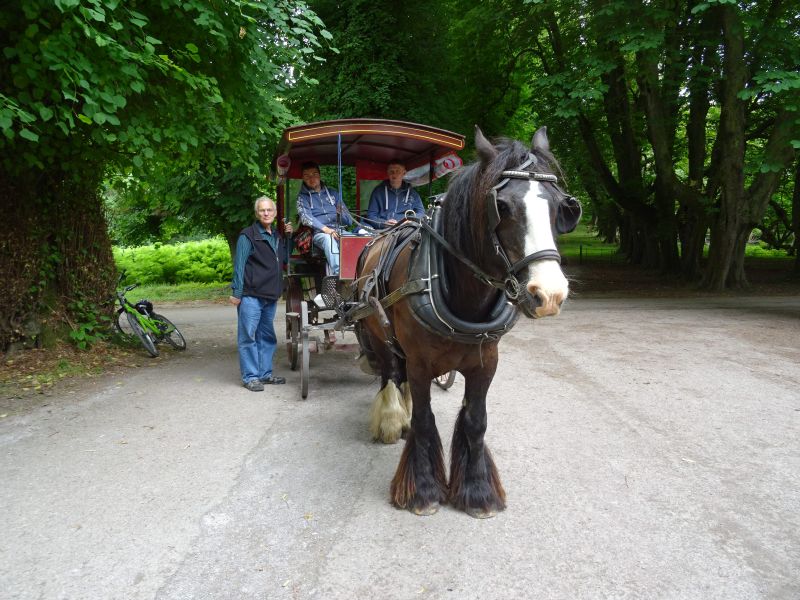 Torc Waterfall is just a short walk through a beautiful green, mossy forest.  At the end of the trail is an impressive, raging cascade of water which drops over 70 feet. 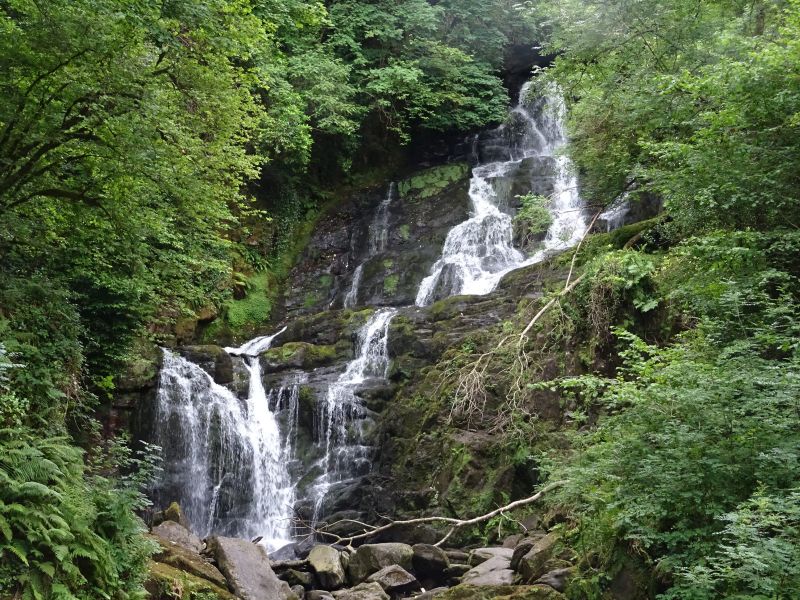 To the east of Torc Waterfall is an endless series of steps through the woodlands to the viewpoint from the top of the Torc Waterfall cascade.   This wooded glen (known as Friars’ Glen) acted as a hiding place for the friars of Muckross Abbey during raids by Cromwellian soldiers. 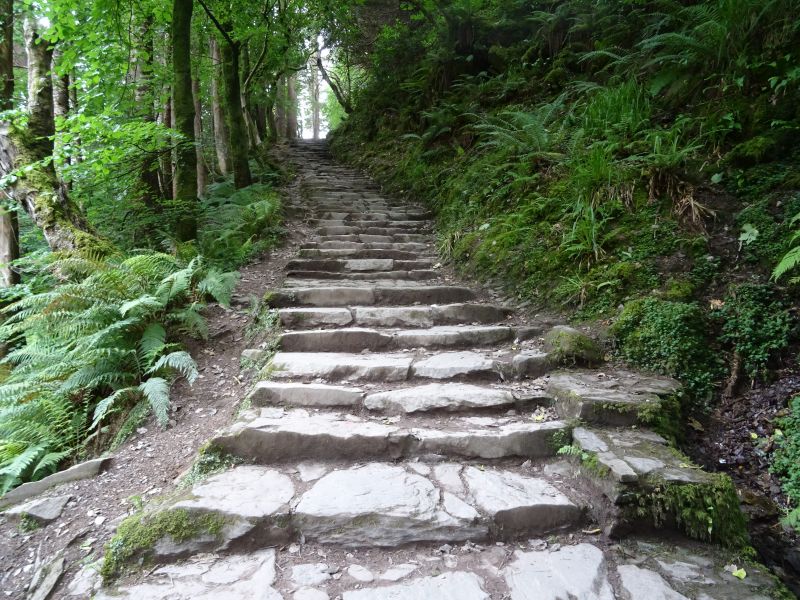 Drive by Laundromat located in a Travel Stop along the road to Kilkenny. 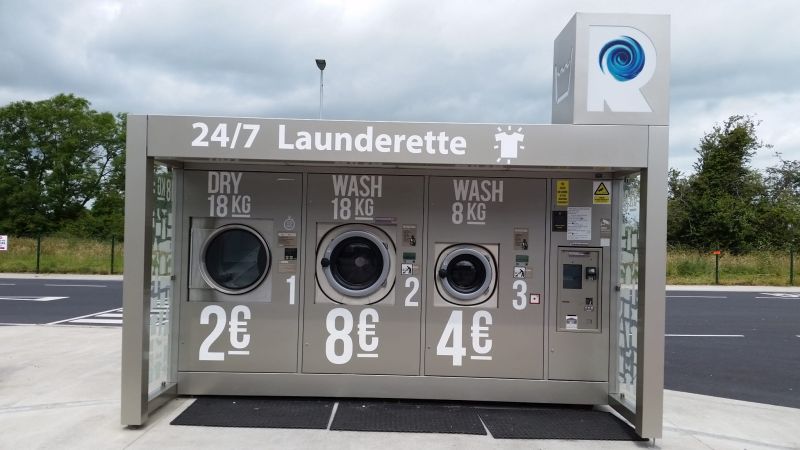 The Rock of Cashel, also known as Cashel of the Kings and St. Patrick's Rock, is a historic site located at Cashel.  According to local mythology, the Rock of Cashel originated in the Devil's Bit, a mountain 20 miles north of Cashel when St. Patrick banished Satan from a cave, resulting in the Rock's landing in Cashel.   The Rock of Cashel was the traditional seat of the kings of Munster for several hundred years prior to the Norman invasion. 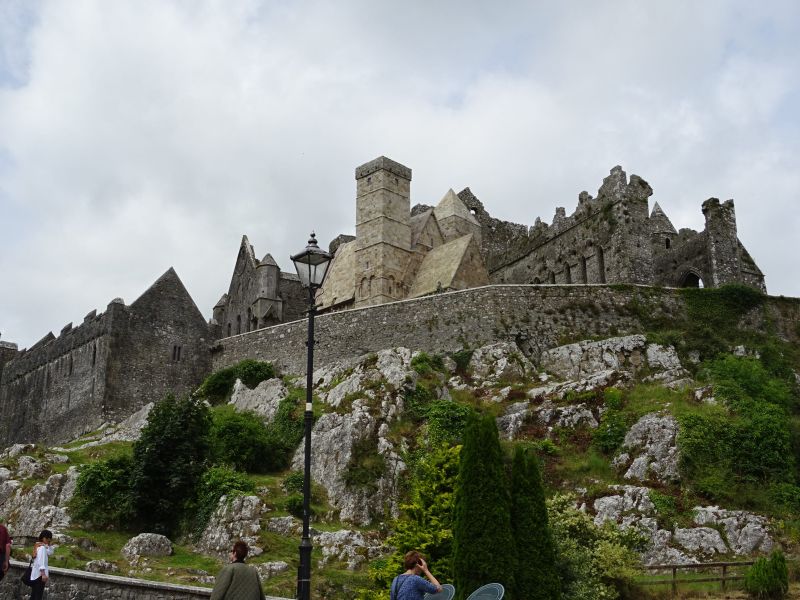 The Cathedral, built between 1235 and 1270, is an aisleless building of cruciform plan, having a central tower and terminating westwards in a massive residential castle.  In 1647, during the Irish Confederate Wars, Cashel was sacked by English Parliamentarian troops.

The Dunbrody Famine Ship Experience features an authentic reproduction of an 1840s emigrant vessel, alongside a popular interpretation of the Irish famine emigrant experience.   In front of the Dunbrody ship is the John F. Kennedy memorial wall and statue, and also the Emigrant Flame which is housed in a metal globe.  A light was taken from the eternal flame at President Kennedy’s graveside in Arlington Cemetery, Virginia and travelled across the Atlantic as a Gathering Torch. This was then used to ignite The Emigrant Flame by President Kennedy’s daughter Caroline Kennedy. 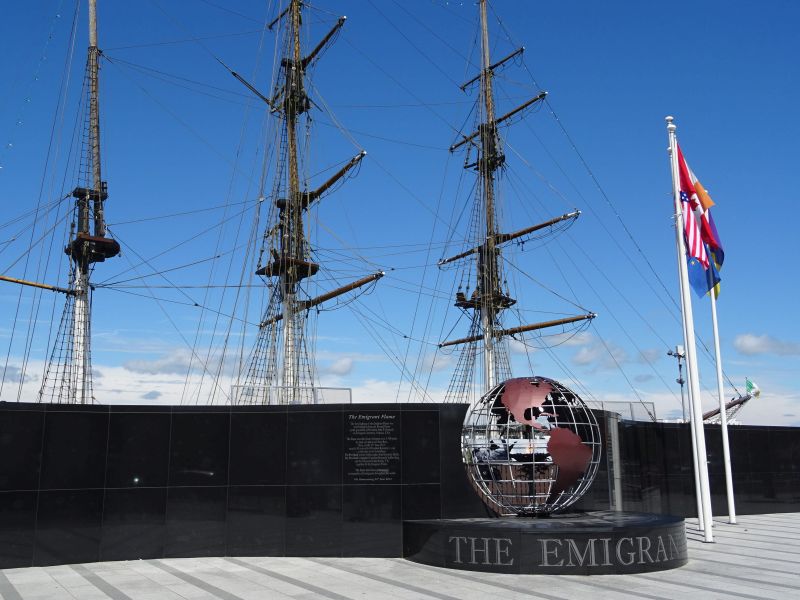 The Dunbrody was a three-masted barque built in Quebec in 1845 for the Graves family and merchants from New Ross in Wexford, Ireland.  She operated primarily as a cargo vessel, carrying timber and guano to Ireland and emigrants to North America on the return trips. 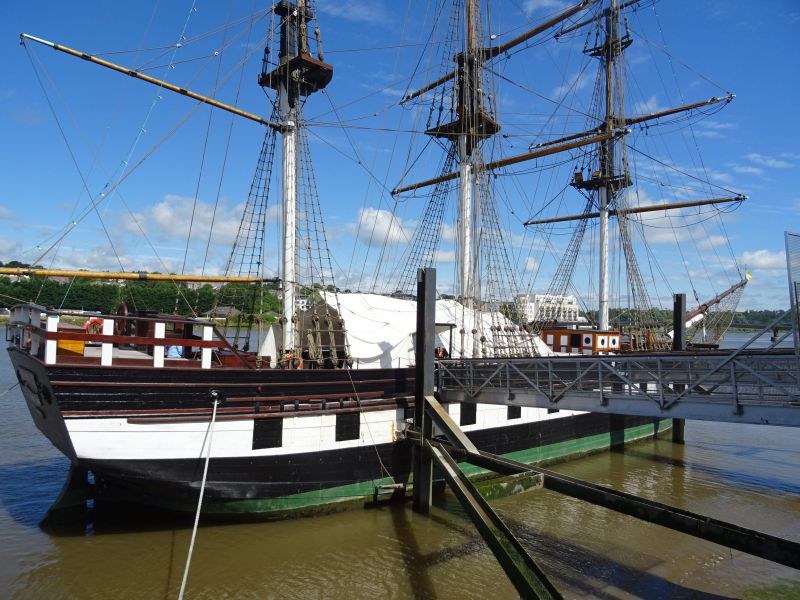 The John F Kennedy Memorial Park & Arboretum is dedicated to the memory of JFK and it was funded by Americans of Irish descent in 1968.   The arboretum is located close to the Kennedy ancestral home.  It is a show-case for 4,500 tree varieties from around the world.  There were wonderful walking paths through the gardens and around the small lake. 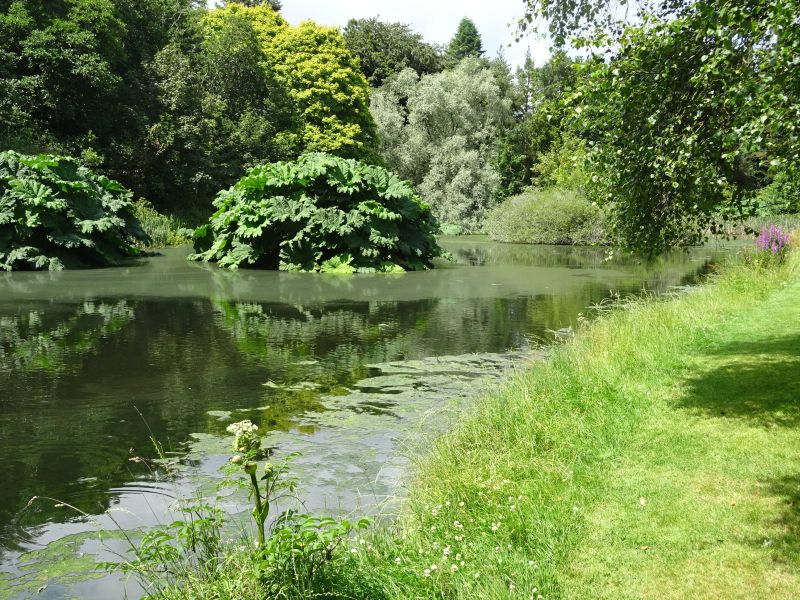