St, John the Baptist's Church is the oldest building in the town center, dating from the 13th century. 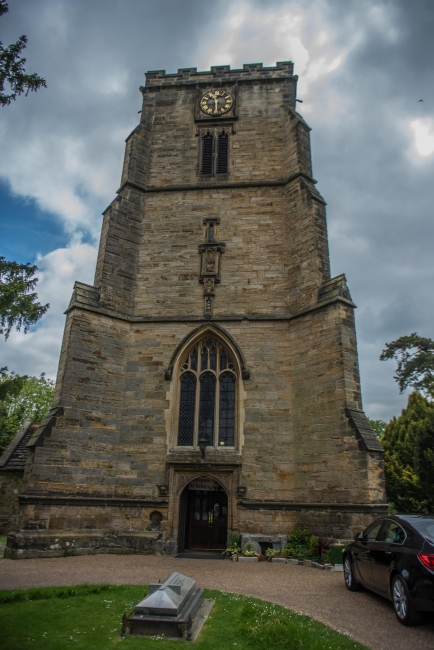 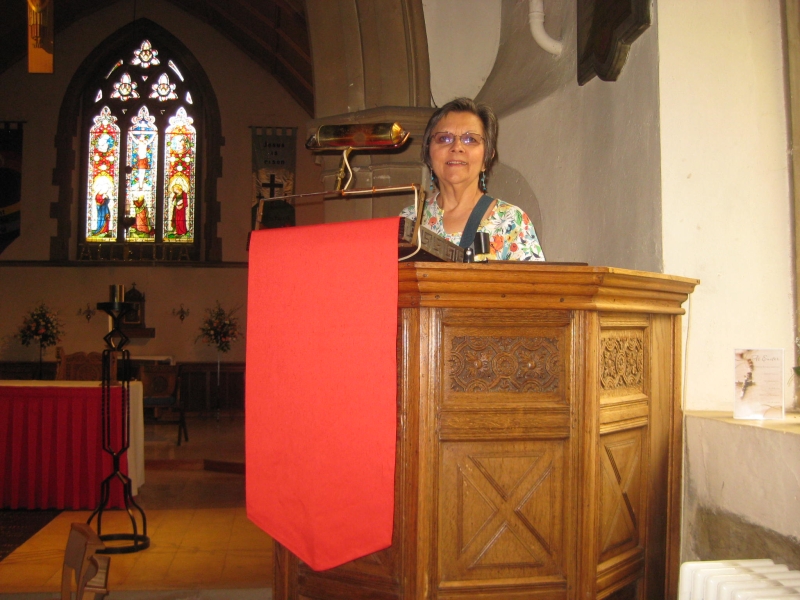 This bronze watch holder on the podium at St. John the Baptist's Church reminds the speaker to “Be brief”.  Acts 20:9 reads, “a young man named Eutychus was sitting on a window sill and sank into a deep sleep as Paul kept on speaking. When he was overcome by sleep he fell down from the third story, and was picked up dead.” 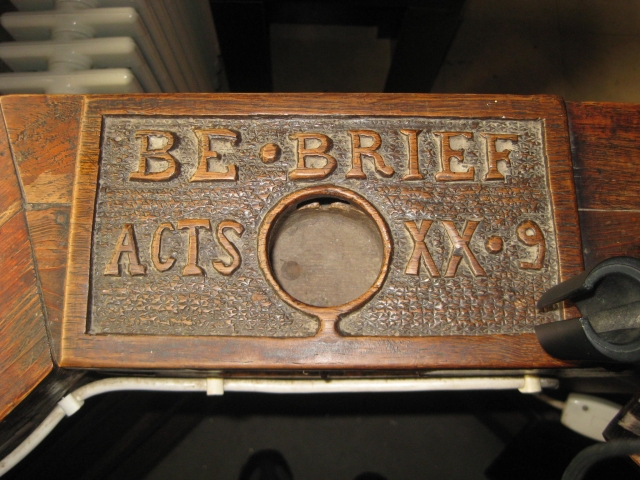 St. James Church, in Shere dates back to 1190.  Its history includes a fascinating story of a woman who requested to be enclosed in a cell attached to the church in 1329. She received gifts of food through a grate on the outside wall and could view mass at the high altar through a narrow squint and receive sacrament through the quatrefoil opening.  At her request, she was released after 3 years; but she again requested to be resealed in the cell. 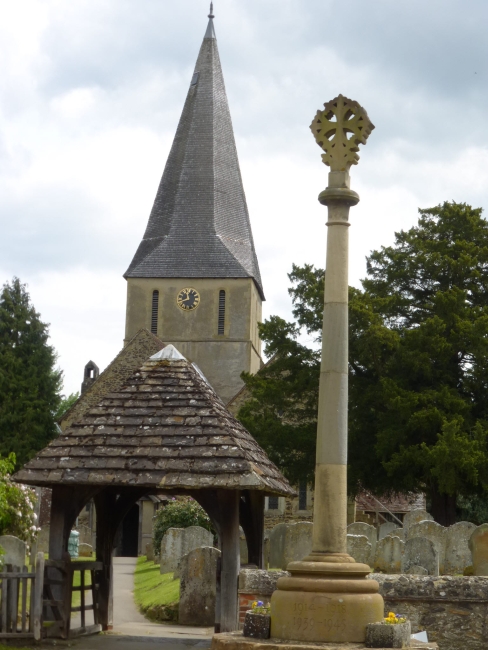 While hiking Abinger Roughs, we came upon this monument to the son of abolitionist William Wilberforce who fell from his horse and died. 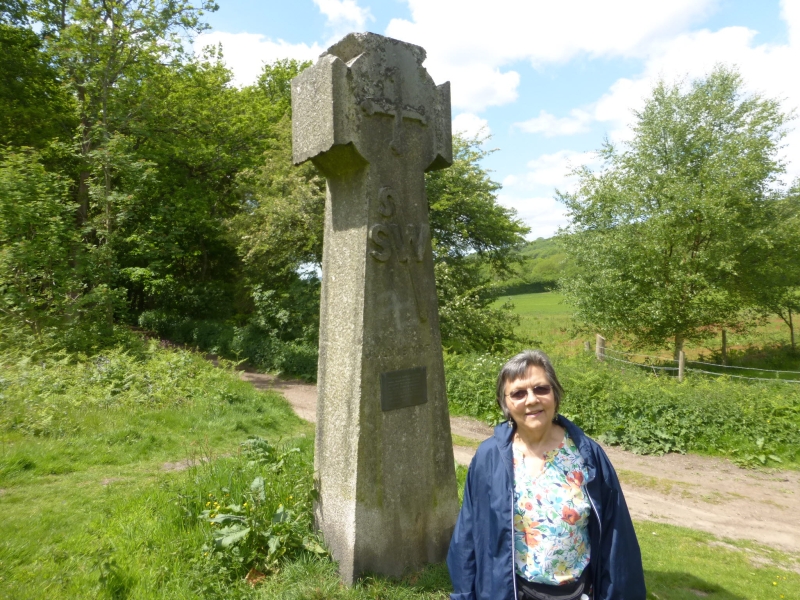 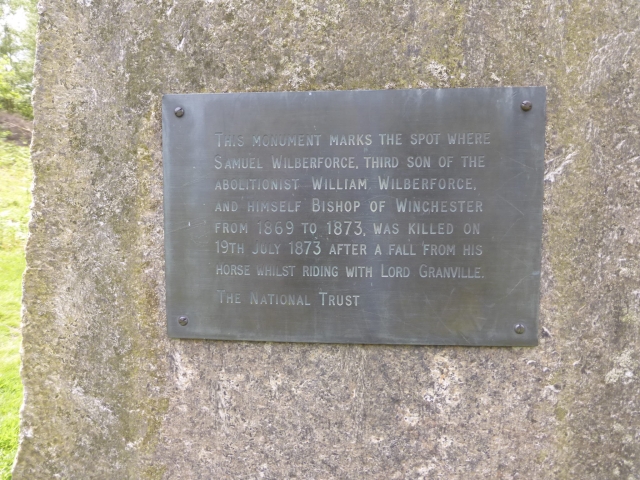 Remarkable facts about All Hallows Church, London
- John Quincy Adams, US President, married here in 1797
- Archbishop William Laud, beheaded at the Tower, was buried here 1645
- William Penn, founder of PA, was baptized here.  His father saved the building from the Great
Fire in 1666 by using gunpowder to blow up houses that lay in the path of the fire, and so
create a fire-break
- Albert Schweitzer recorded organ music here 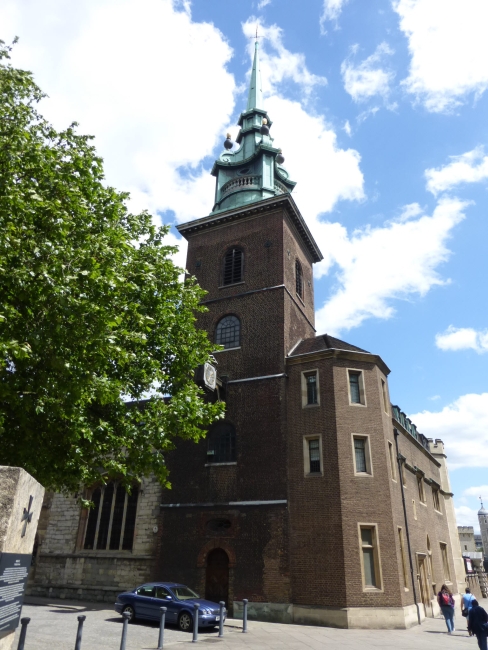