The Shard is a 95-storey skyscraper in Southwark, London, that forms part of the London Bridge Quarter 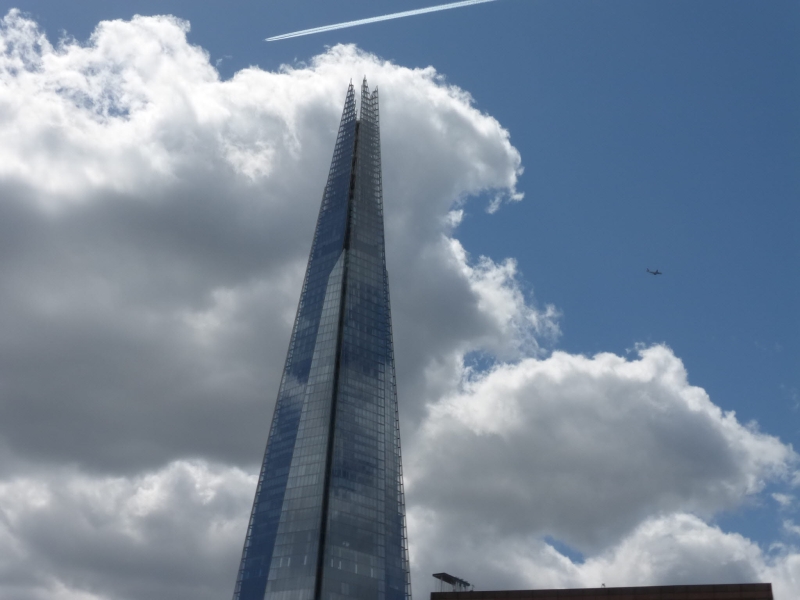 We had a marvelous view of London from The Shard. 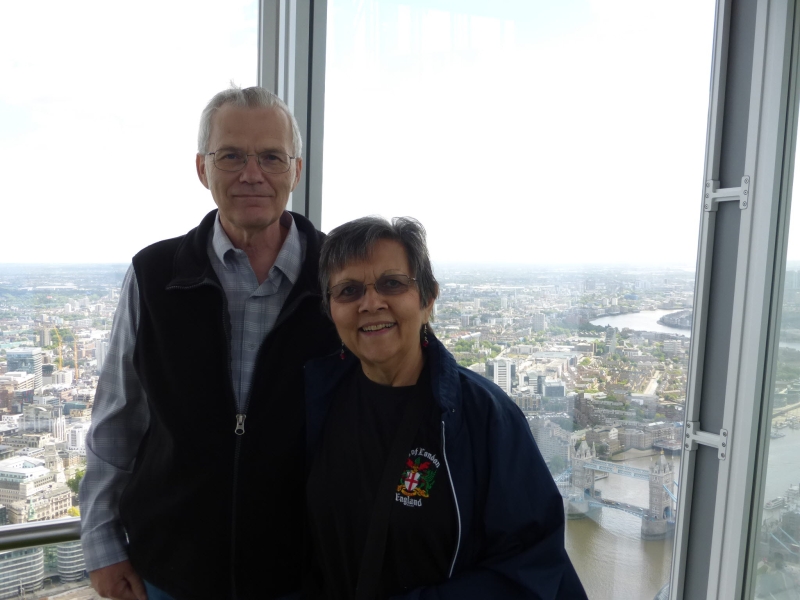 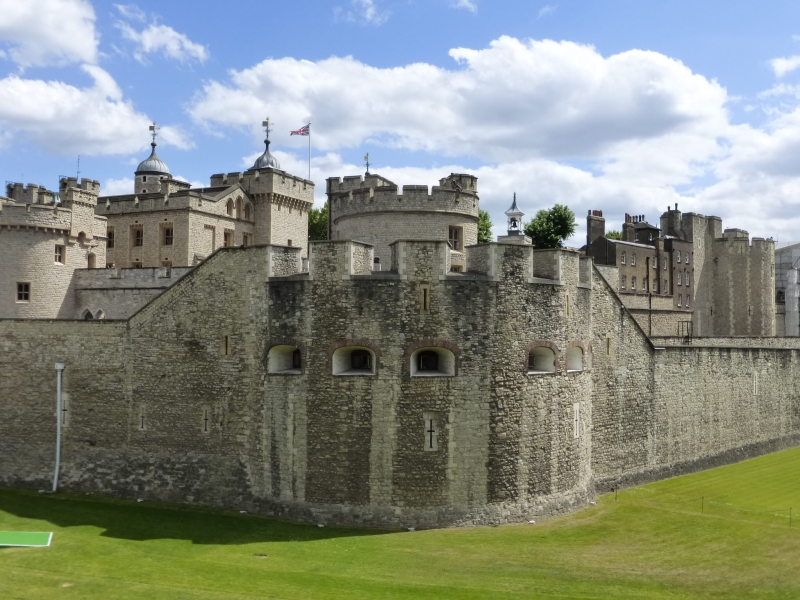 View of Tower Bridge from top of the Shard 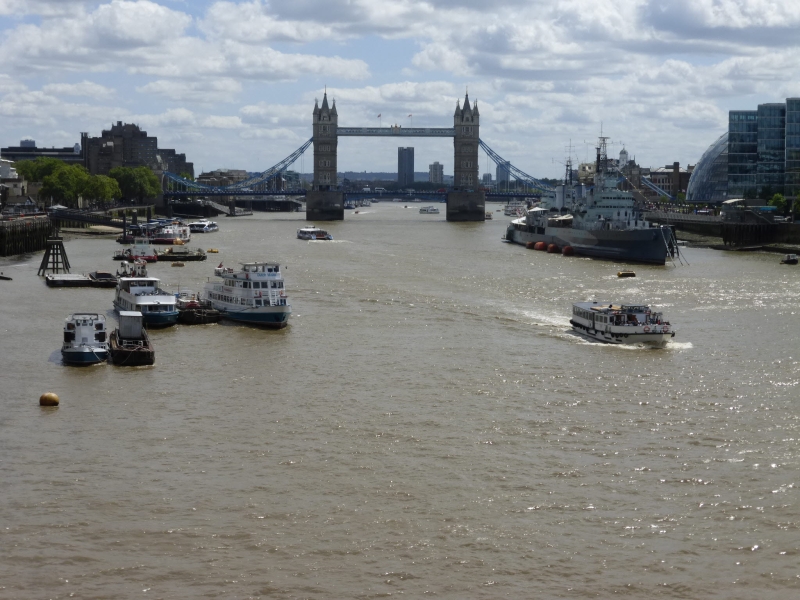 Old London City Walls were built by the Romans in the late 2nd or early 3rd century. 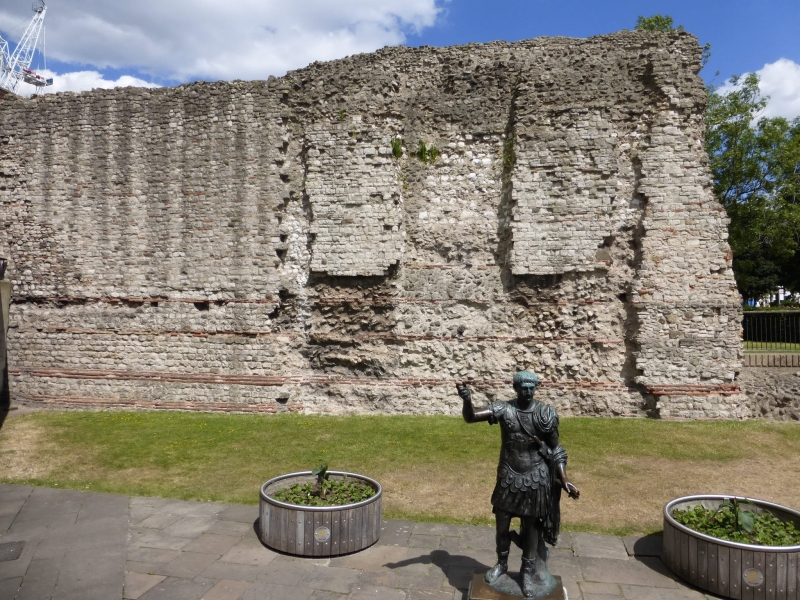 We recently visited the Imperial War Museum, which had interesting and informative exhibits involving Britain and the Commonwealth, from the First World War to the present day. 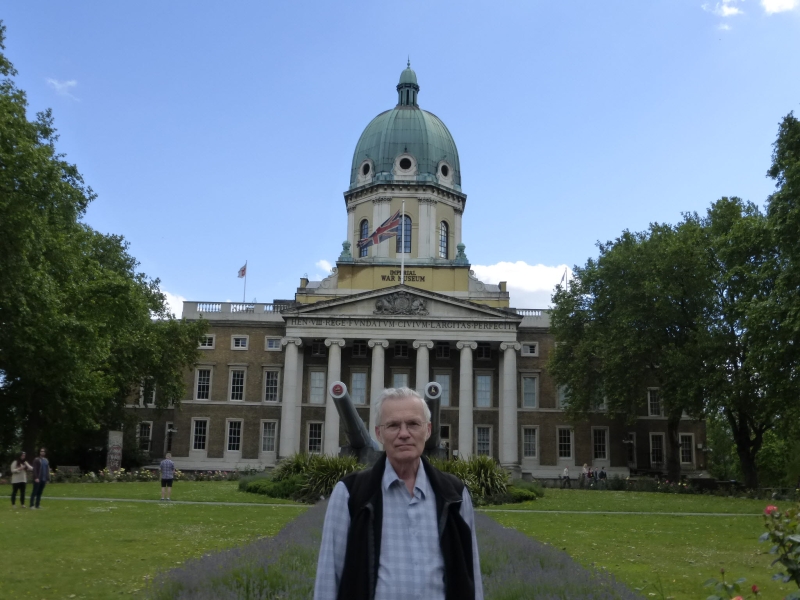 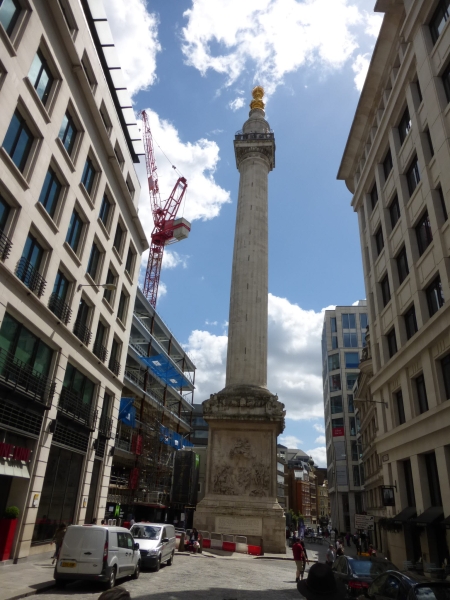 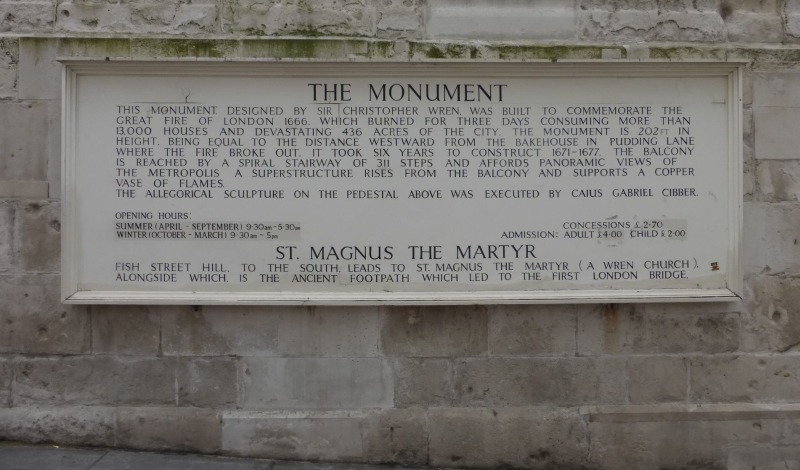 The Albert Memorial in Kensington Gardens, London, was commissioned by Queen Victoria in memory of her beloved husband, Prince Albert who died of typhoid in 1861. 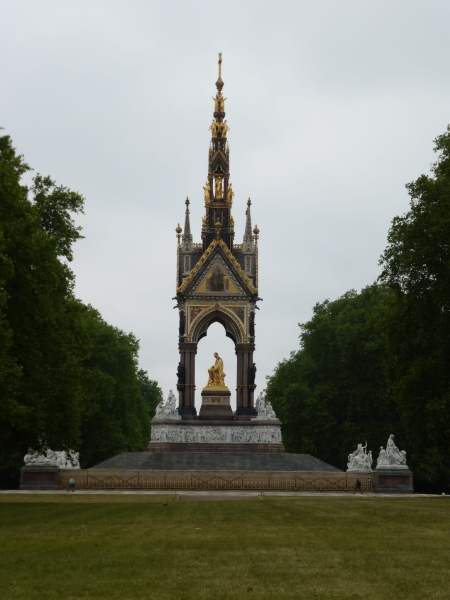 The Royal Standard is flown at royal residences only when the sovereign is present.  Since we went to London hoping to see the queen, it was good to see that evidence that she was home at Buckingham Palace on June 13th! 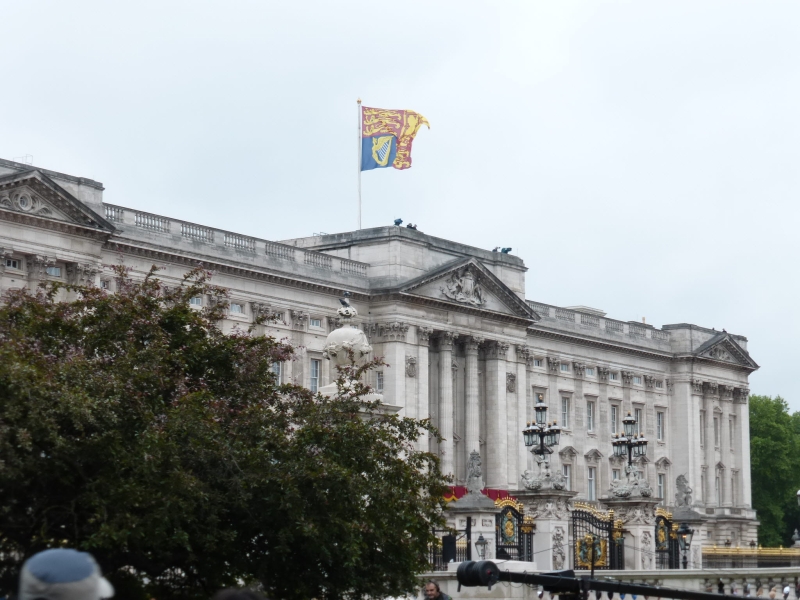 We arrived early and awaited the queen.  Obviously we were not the only ones who wanted a glimpse of the royal family! 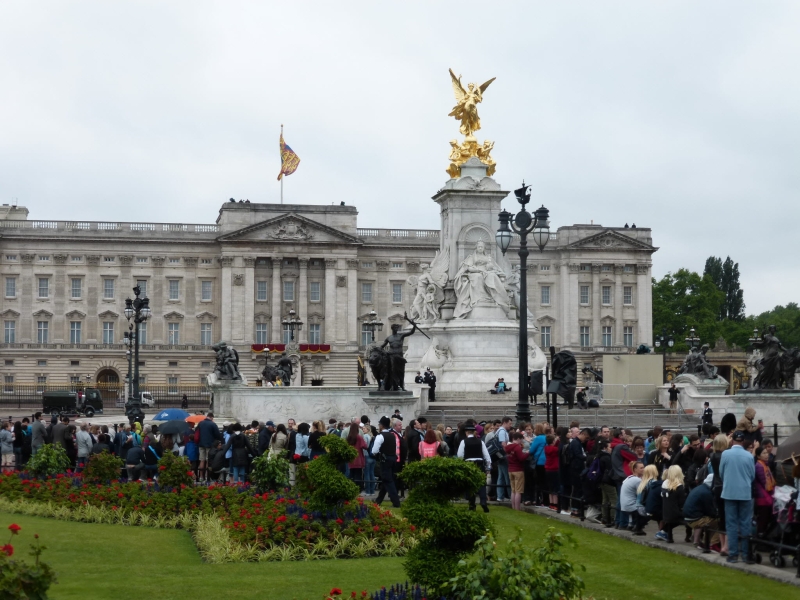 Queen Elizabeth!  Since 1987, The Queen has attended in a carriage rather than riding, which she did before that on 36 occasions, riding side-saddle and wearing the uniform of the regiment whose Color was being trooped.  The regiments take their turn for this honor in rotation as operational commitments permit. 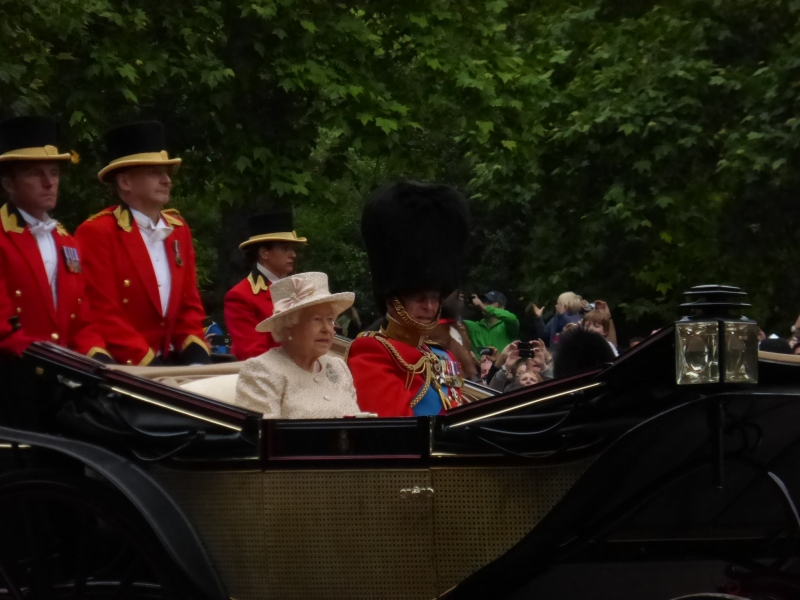 The custom of Trooping the Color dates back to the time of Charles II in the 17th Century when the Colors of a regiment were used as a rallying point in battle and were therefore trooped in front of the soldiers every day to make sure that every man could recognize those of his own regiment. 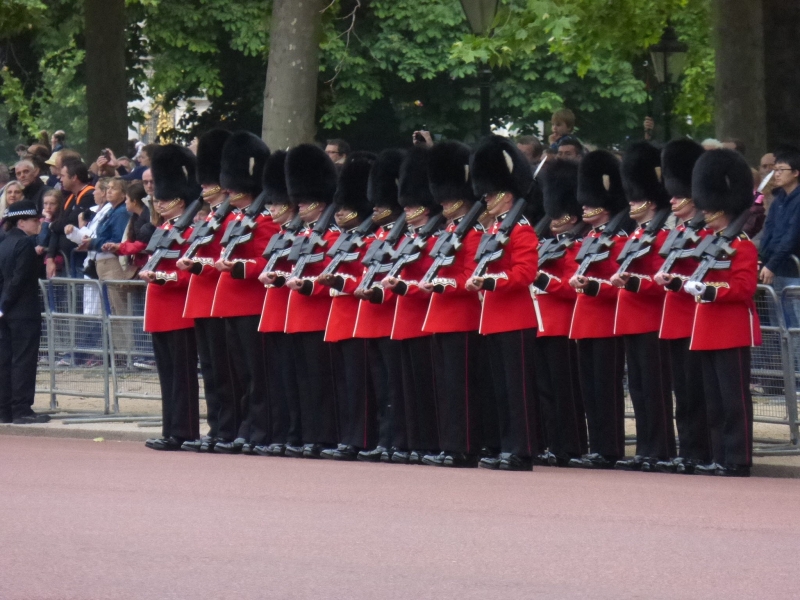 It takes place in June each year to celebrate the official Birthday of the Sovereign and is carried out by her personal troops, the Household Division, on Horse Guards Parade, with the Queen herself attending and taking the salute. 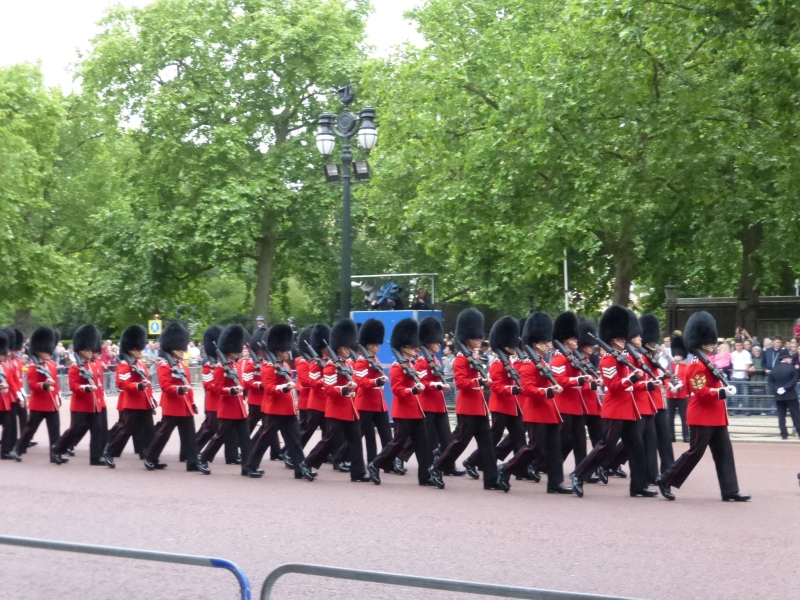 Over 1000 officers and men are on parade, together with two hundred horses; over two hundred musicians from six bands and corps of drums march and play as one. 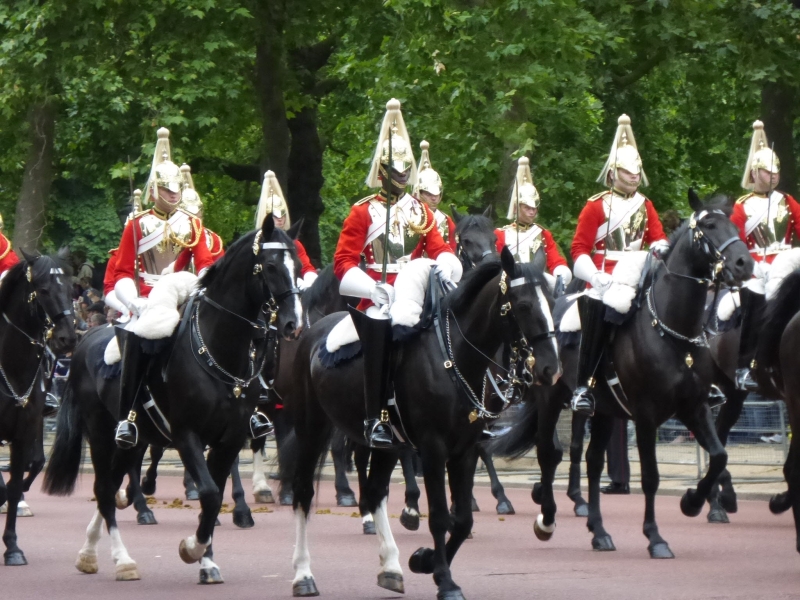 Precisely as the clock on the Horse Guards Building strikes eleven, the Royal Procession arrives and The Queen takes the Royal Salute.  The parade begins with the Inspection, The Queen driving slowly down the ranks of all six Guards and then past the Household Cavalry.  After the event, the Royal Family gathers on the balcony of Buckingham Palace to watch an RAF fly past. 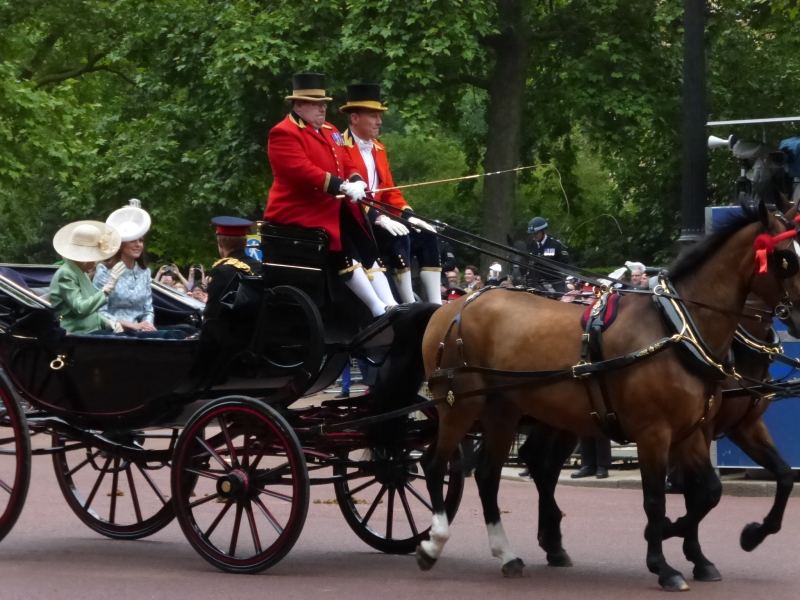 The parade route extends from Buckingham Palace along The Mall to Horse Guards Parade, Whitehall and back again. 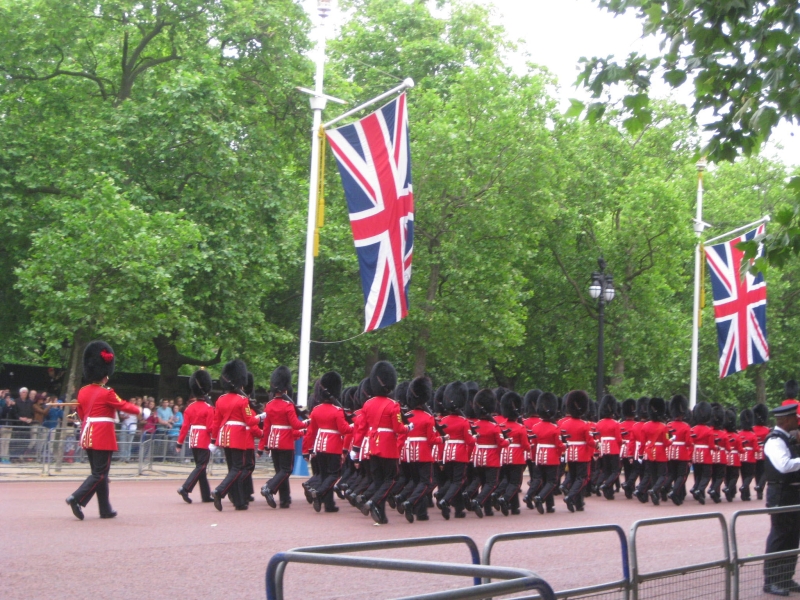 After the Trooping of the Color, we visited the science museum.  Ironically, while the RAF was doing the fly past for the royal family on the balcony of Buckingham Palace, we did a simulation flight with the Red Arrows! 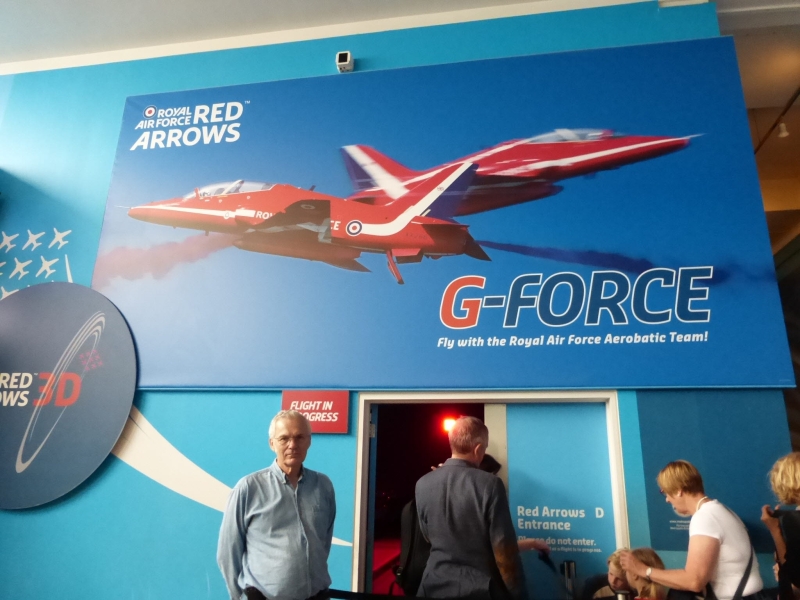