John Wesley (1703-1791) – Founder of the Methodist Movement is known for the quote on this statue – “The world is my parish.”  He considered it his duty “to declare unto all that are willing to hear, the glad tidings of salvation.” 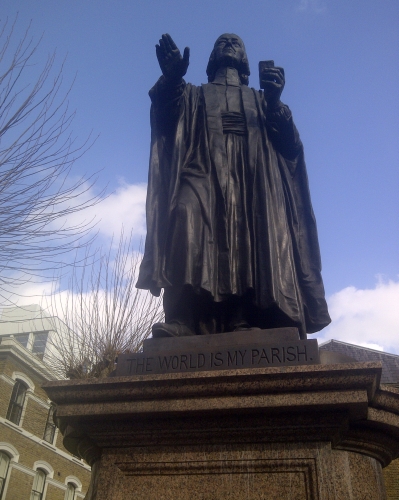 John Wesley moved into this house October 9, 1779, and used it intermittently as his London home, shared with his preachers, until his death here March 2, 1791. 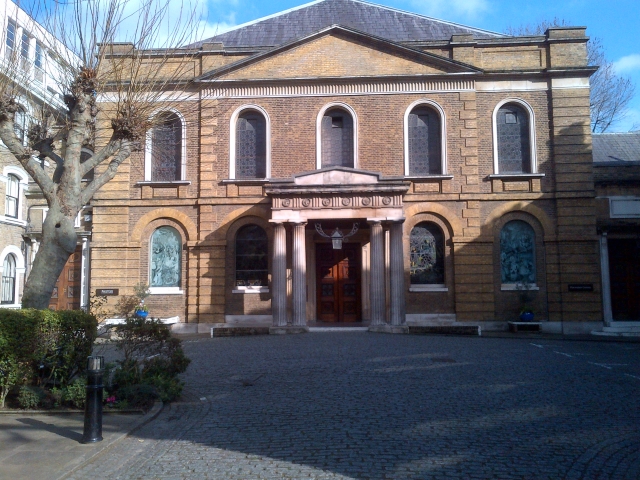 John Wesley’s Conversion Place Memorial - The ‘Aldersgate Flame’
May 24, 1738, at a Moravian meeting in Aldersgate Street, London, John Wesley heard a reading of Martin Luther's preface to the Epistle to the Romans, and penned the now famous lines "I felt my heart strangely warmed." 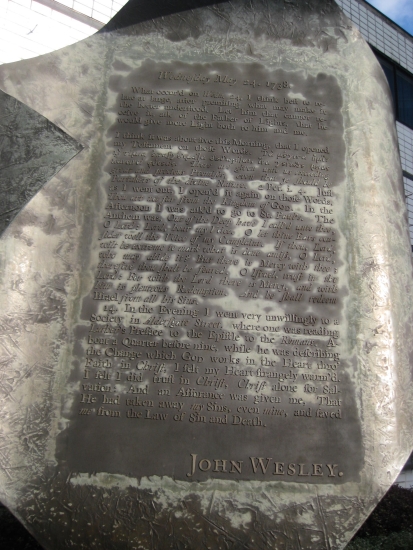 John Wesley would rise up at 4 AM every day to seek God for the first four hours of the day.  In his later years Wesley was known to spend up to 8 hours in prayer. What a privilege it was to pray together in Wesley’s prayer room! 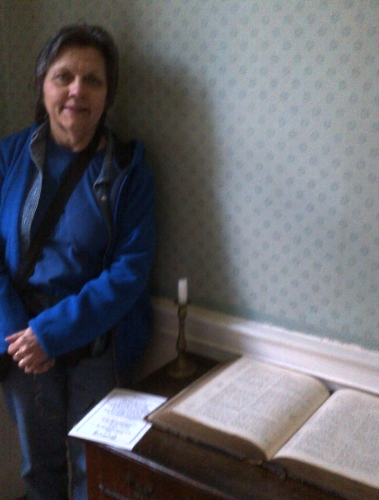 In the Museum of Methodism is this pulpit and painting of John Wesley. 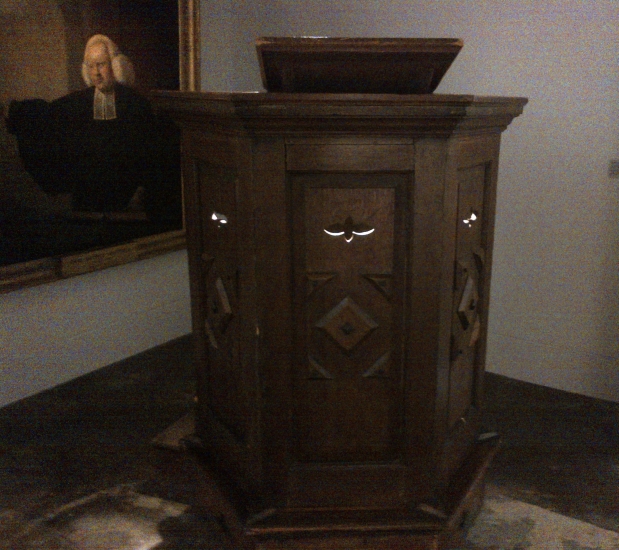 John Wesley died in this room in a bed like this reproduction March 2, 1791 (age 88) after breathing the words “The best of all is God is with us.” 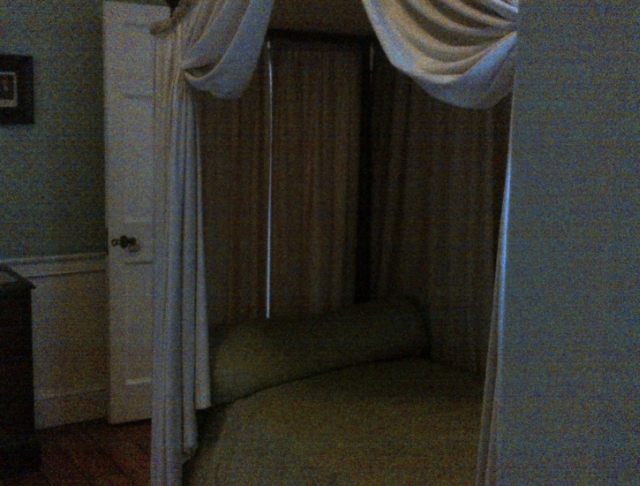 St. Giles’ Cripplegate, located in the City of London, dates back to 1091.  The present building was built in 1394 but has suffered damage on at least 3 occasions (fires and WW II bombings) and has been extensively restored. 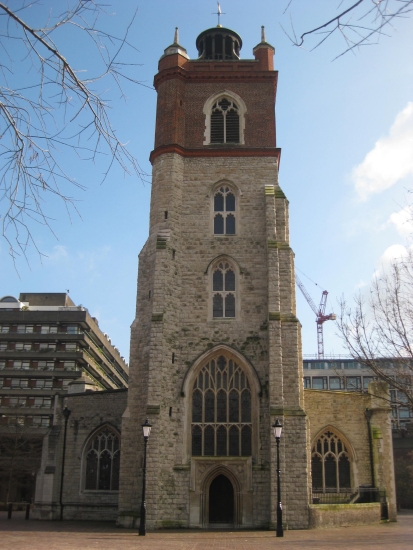 Famous names associated with St. Giles’ Cripplegate include John Foxe, Sir Martin Frobisher, John Speed, and John Milton who were buried here.  Married here were Oliver Cromwell and the parents of Sir Thomas More.  Other famous parishioners include William Shakespeare, Edward Alleyn, and John Bunyan.  Samuel Annesley (grandfather of the Wesleys) was a vicar here.  The day we visited, a parishioner who was there for choir practice told us that Handel occasionally played the pipe organ. 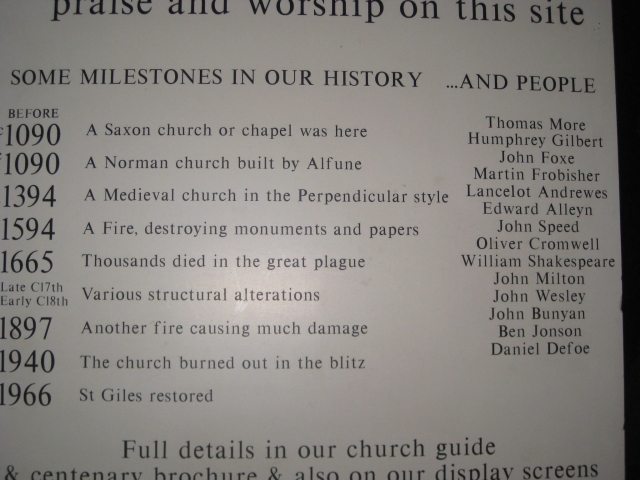 Salisbury Cathedral’s foundation stones were laid on 28th April 1220, and the main body of the cathedral was finished by the consecration on 29th September 1258.  The spire is Britain’s tallest and weighs 6,500 tons. 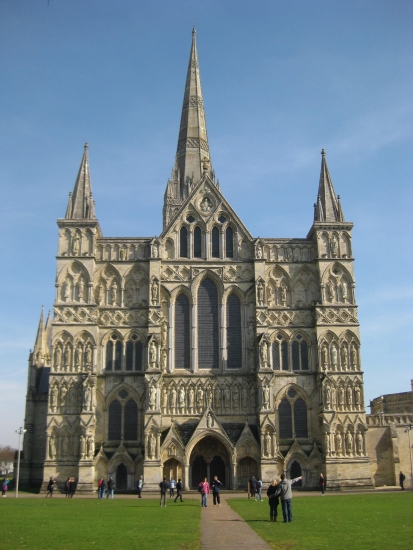 Salisbury also has Britain’s largest cathedral close and cloisters, and its quire stalls are the earliest complete set in Britain. 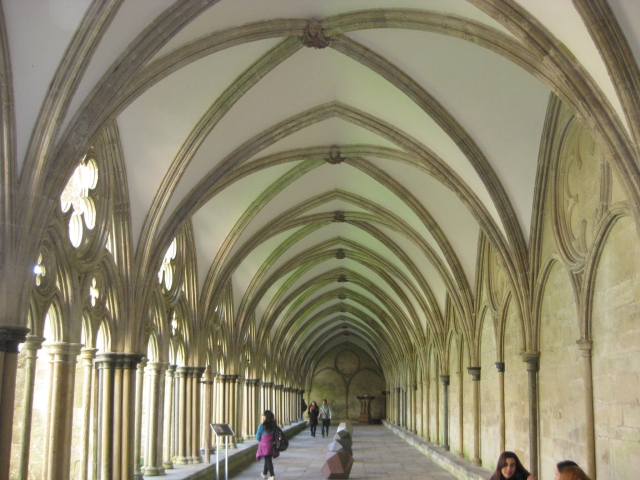 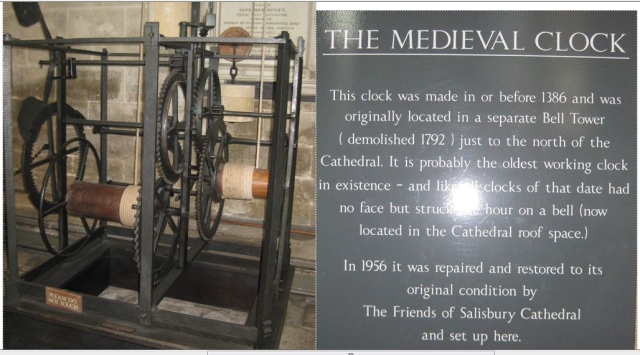 Photos were not allowed, so we borrowed this one from Salisbury Cathedral’s website.  Magna Carta (Latin for "Great Charter") is one of the most celebrated documents in English history. At the time it was the solution to a political crisis in Medieval England but its importance has endured as it has become recognized as a cornerstone of liberty influencing much of the civilized world. Only four original 1215 copies of Magna Carta remain and a visit to view perhaps the best preserved of these in Salisbury Cathedral's Chapter House is for many visitors the highlight of their time here. The responsibility of owning and interpreting the Magna Carta is important in shaping Salisbury Cathedral's objectives, especially as the document's 800th anniversary in 2015 approaches. 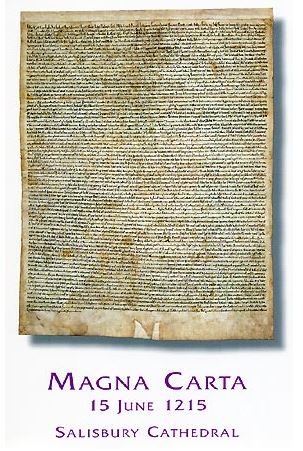 St. Catherine’s Oratory  This tower is all that remains of an oratory (church) built around 1328.  Legend says it was built in penance for robbery of a shipwreck where wine that came from a French monastery was stolen. 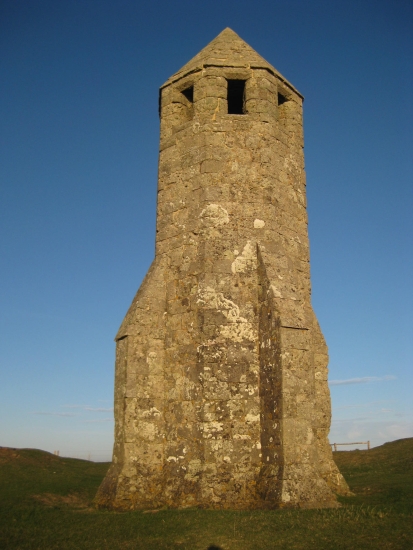 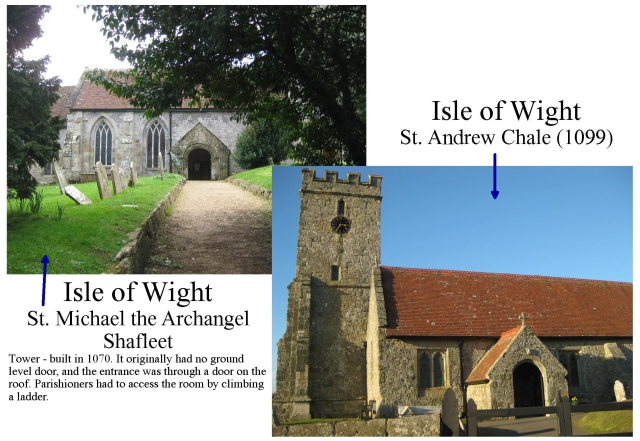