We recently visited Rehoboth Baptist Church, where the first pastor, Edward Mote, penned the wonderful hymn, “On Christ the Solid Rock I Stand.” 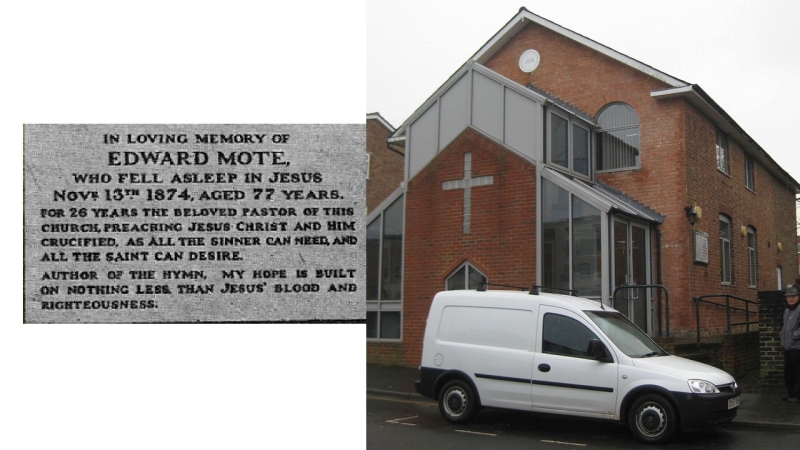 Rehoboth Baptist Church displays a treasured copy of the original hymn book in which their first pastor’s songs were published.  They were kind enough to include “On Christ the Solid Rock I Stand” as one of their hymns when they discovered we were interested in the song!  What a blessing! 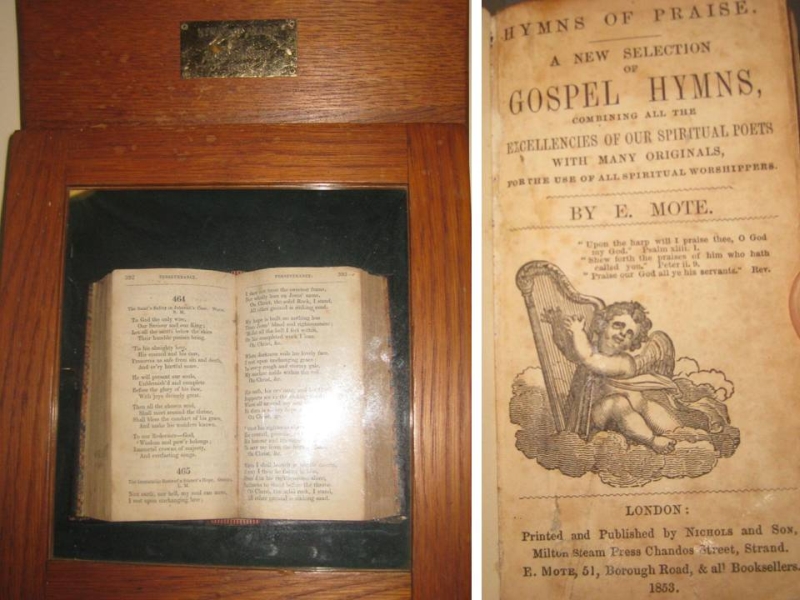 Westminster Abbey – photo used by permission of Bob Shirey; no photos are allowed inside. 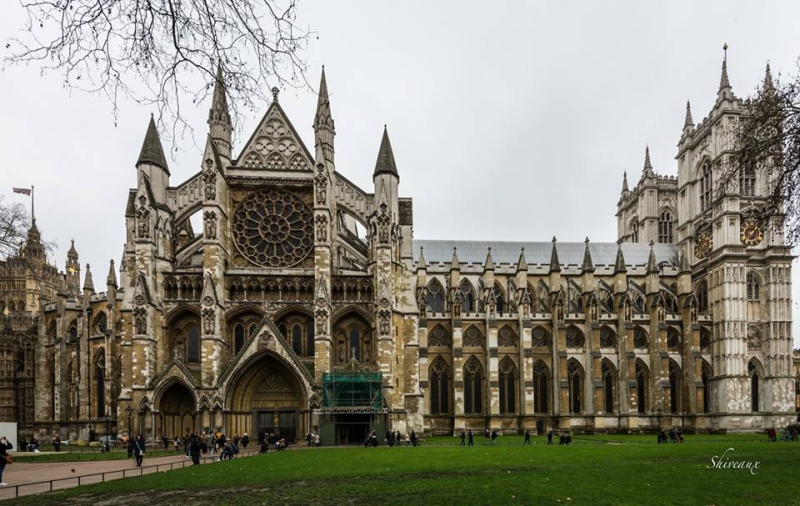 Founded in 960, Westminster Abbey is the burial and memorial place for many famous historical figures from the last thousand years of British history.  Monarchs including Edward III victor of Crecy, Henry VII victor of Bosworth Field, and Elizabeth I victor of the Armada - as well as the less fortunate Mary Queen of Scots - have their elaborate canopied tombs.
Sights of Christian significance included a joint medallion portrait of John and Charles Wesley, busts of Isaac Watts and of William Booth, tomb of David Livingston, the tomb and a statue of Wilberforce, and a window commemorating John Bunyan (Pilgrim’s Progress).  Historical figures buried beneath the floor include Dickens and Chaucer, Newton and Darwin, Handel and Purcell.


Embankment Gardens in London contains a statue of the Bible translator William Tyndale (1494-1535), magnificently capped and gowned as a sixteenth century scholar. 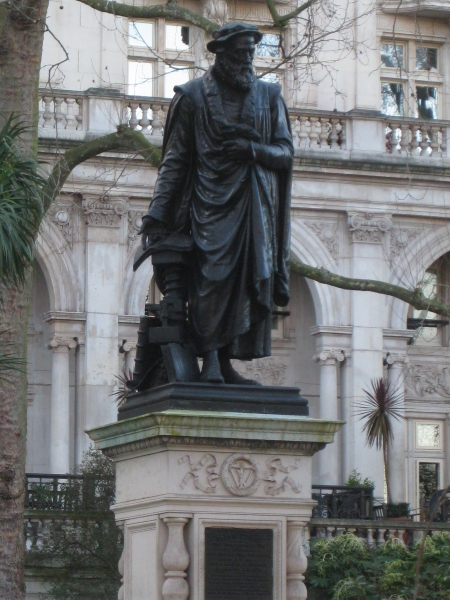 A cumbersome looking printing press stands at his side. The inscription tells us of Tyndale's last prayer, as he was burned at the stake in Vilvorde, Belgium, "Lord, open the king of England's eyes", and how it was answered a year later by the placing of the English Bible, Tyndale's life work, in every parish church by the king's command.