2016 – Looking Forward to Spring in England

Temperatures can vary greatly during January here in southern England.   Everything from sunny days to cold, rainy days, foggy days or snowy days.

It does snow here occasionally.  We woke up one January morning to discover everything beautifully covered in snow. 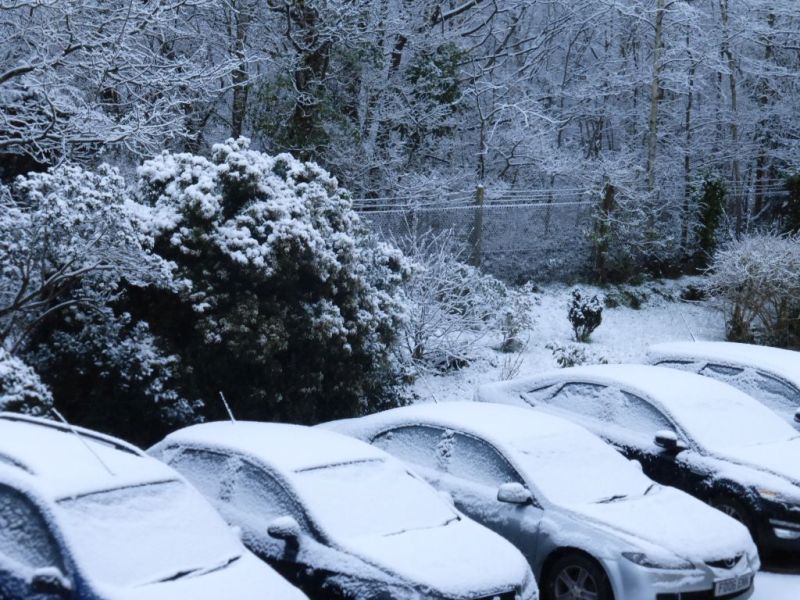 A week later the snow was gone, but it was still quite foggy at noon time in Redhill. 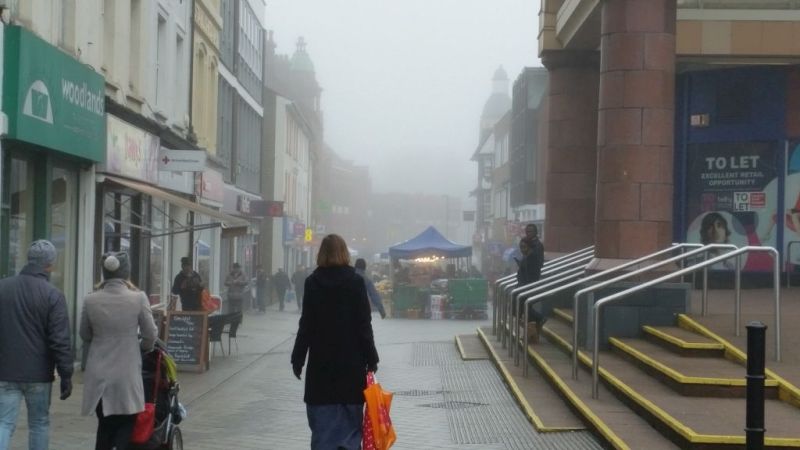 Over the Easter holidays we took a train to Glasgow, Scotland.

What a nightmare of roads near the B&B where we stayed in Glasgow. 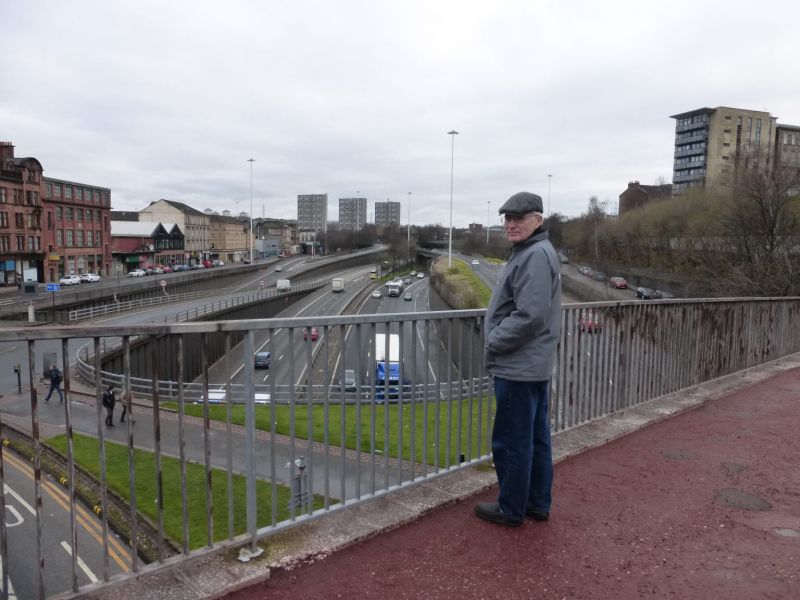 We stopped and spoke with a Bagpiper on the streets of Glasgow.   After playing some tunes for us, he wanted to pose for a picture with Richard. 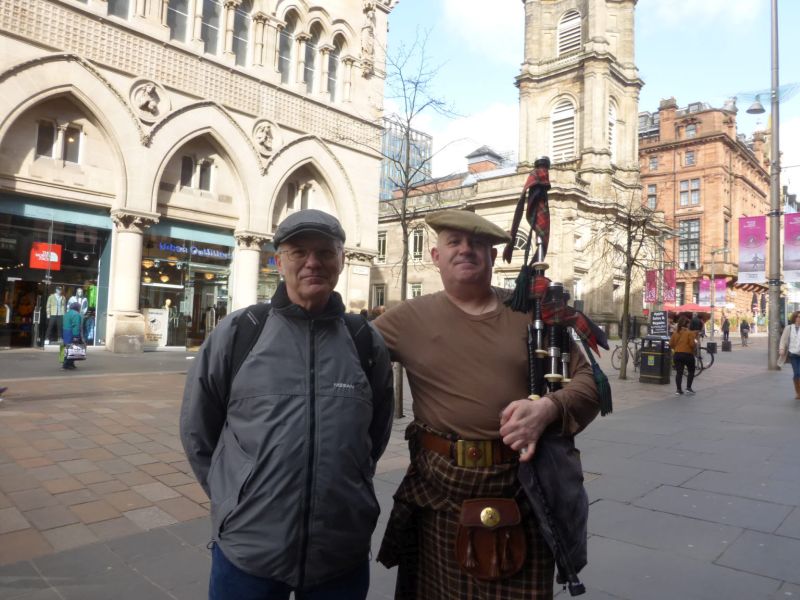 On Easter Sunday, we attended services at Adelaide Baptist church in Glasgow.  It was built in 1877. 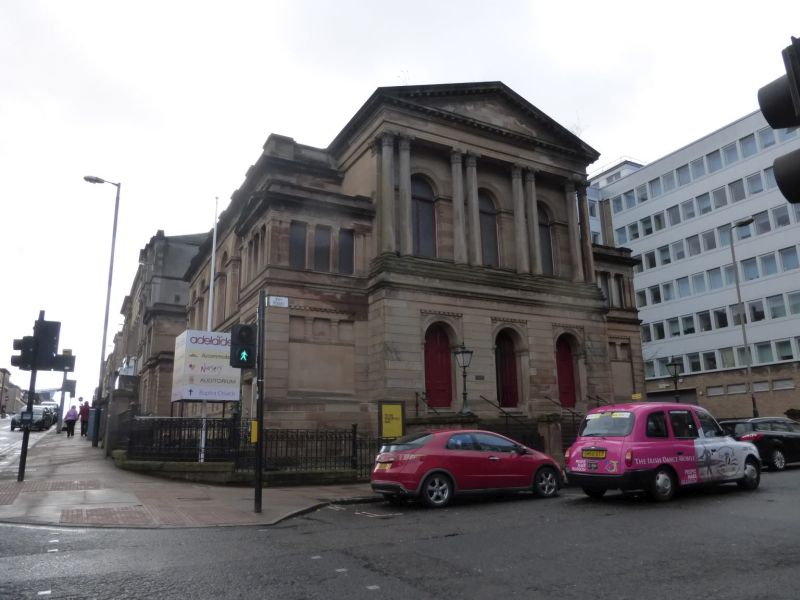 We visited the well-known Kelvingrove Museum. 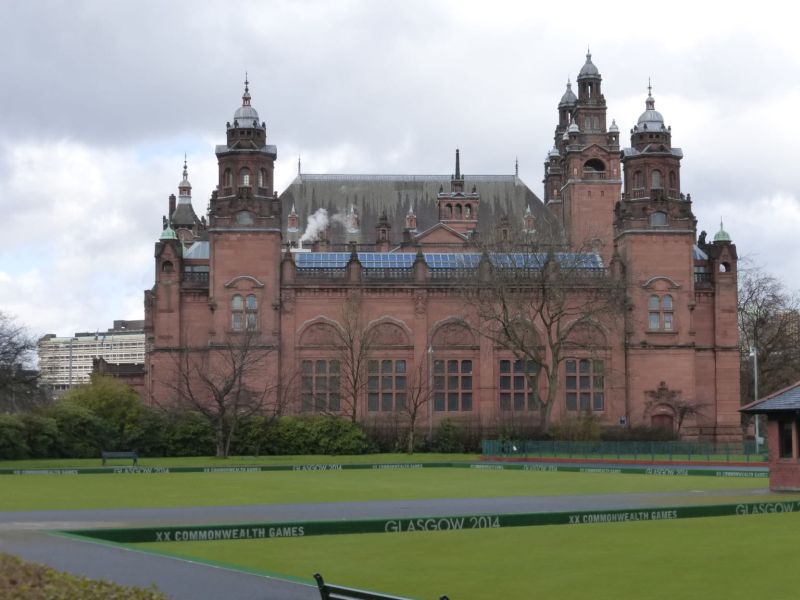 Inside Kelvingrove Museum was the famous painting of “Christ of St John of the Cross” by Salvador Dali in 1951.  It depicts Jesus Christ on the cross in a darkened sky floating over a body of water complete with a boat and fishermen. 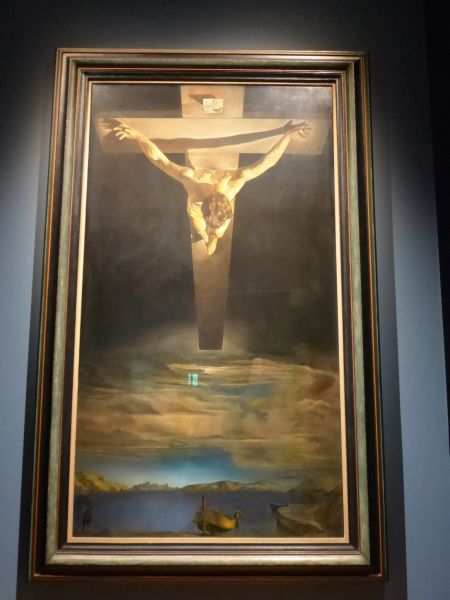 Even Elvis made an appearance. 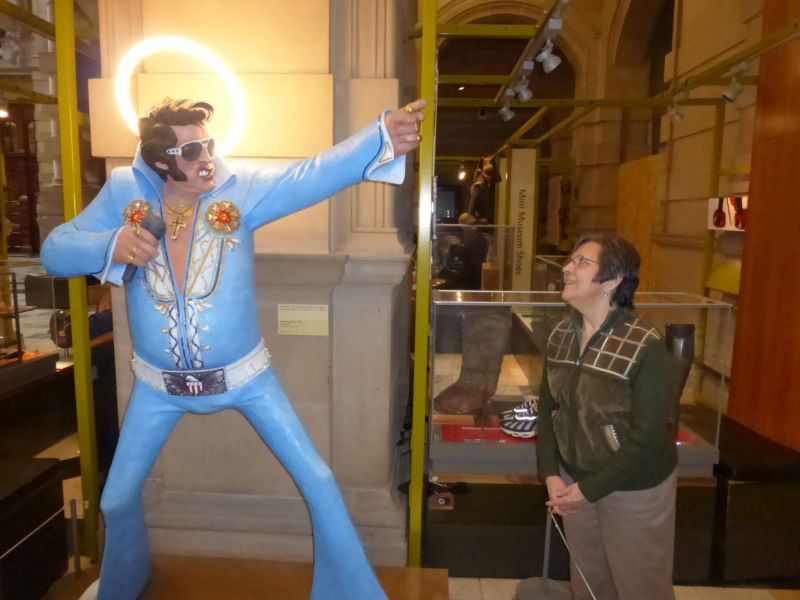 From Glasgow, we took a scenic overnight train trip along the west coast of Scotland to seaside town of Oban. 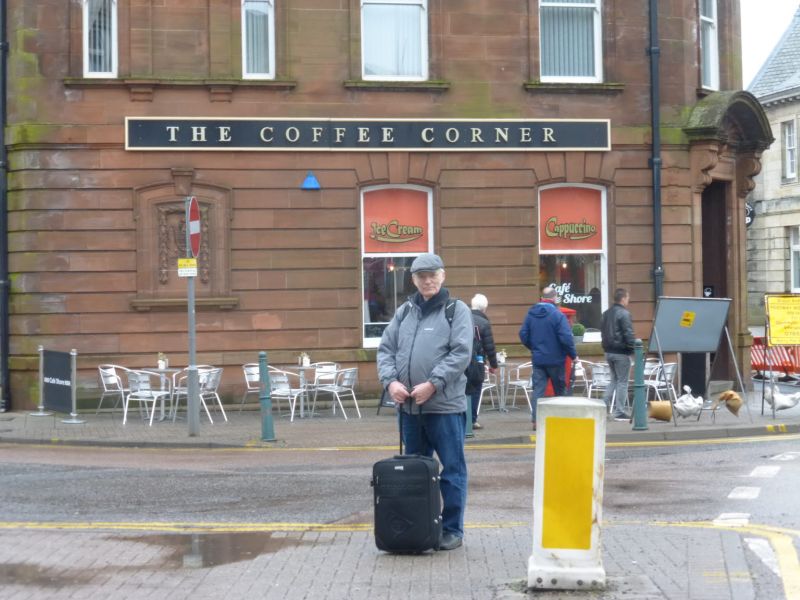 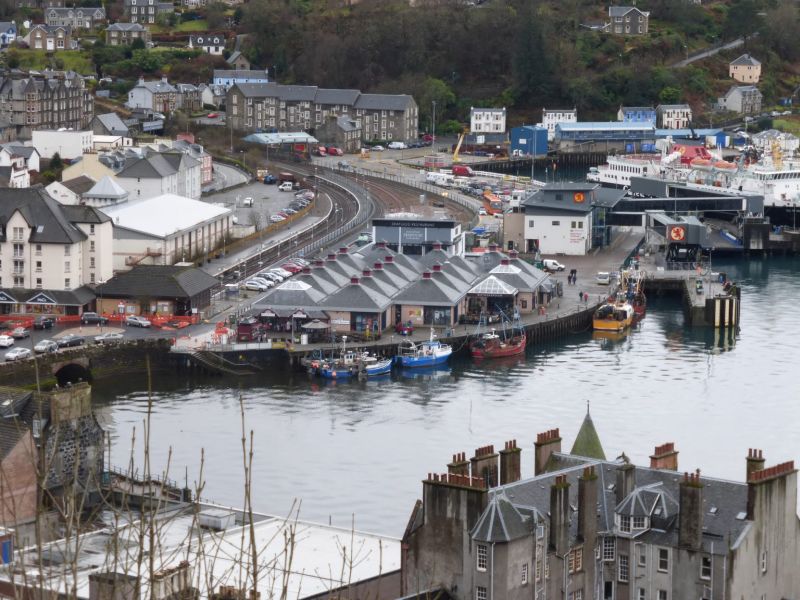 One of the interesting sites in Oban was McCaig’s Tower.  Construction started in 1875 and continued until around 1900.  It was intended to provide employment for Oban stone masons and the work fluctuated over the years as the building trade fluctuated. It appears to be a Gothic version of the Roman Colosseum. 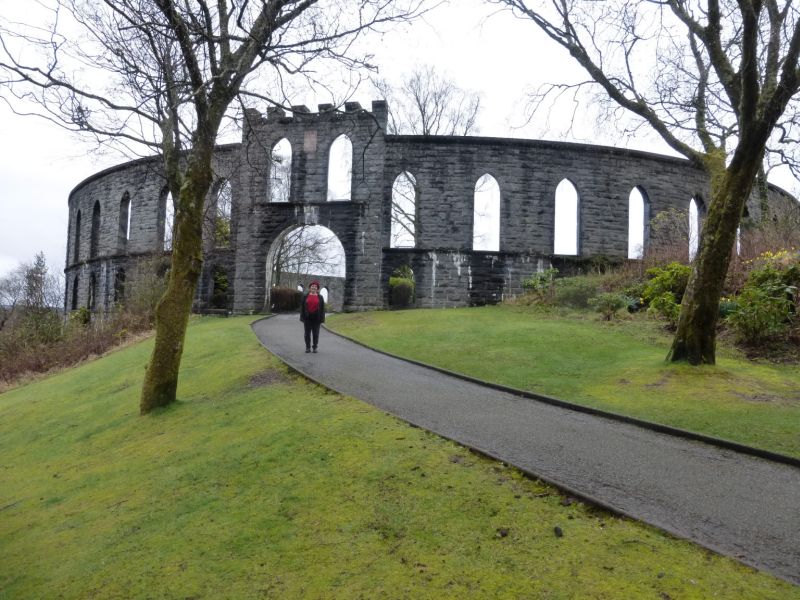 We came into London to attend the “Prom Praise” concert at Royal Albert Hall.  Prom concerts have been held annually since 1941.  Since its opening by Queen Victoria in 1871, the world's leading artists from many performance genres have appeared on its stage and Royal Albert Hall has become one of the UK's most treasured and distinctive buildings. 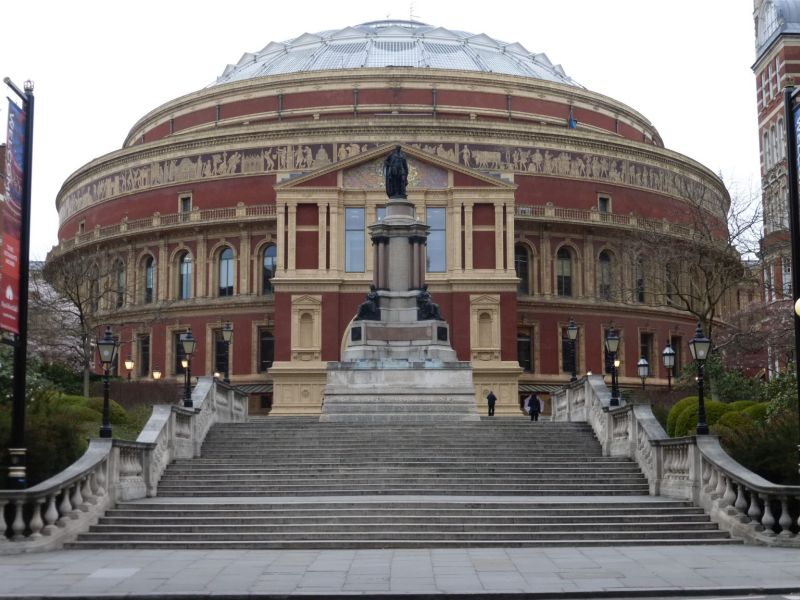 Thousands were in attendance.   There were over 400 in the combined choir with an orchestra of over 150 and an amazing pipe organ. 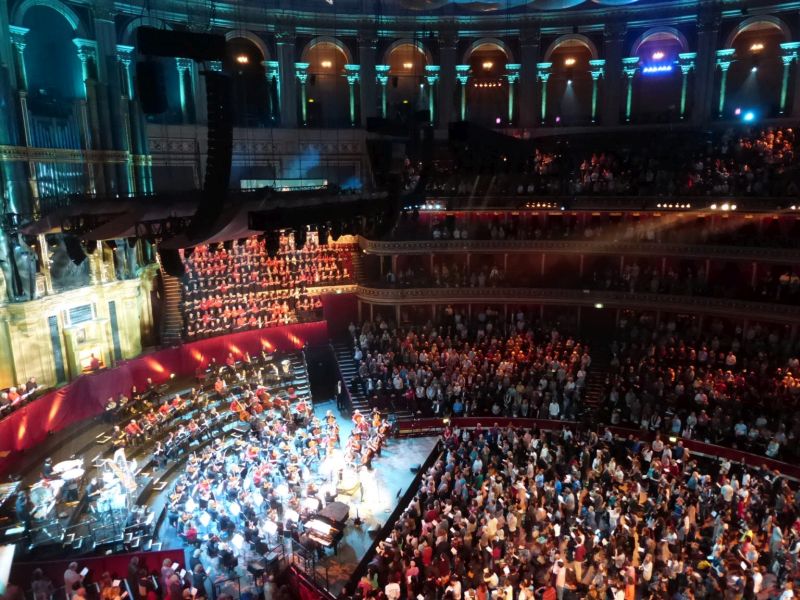 We were blessed to see and hear Stuart Townend perform some of his songs at Royal Albert Hall. 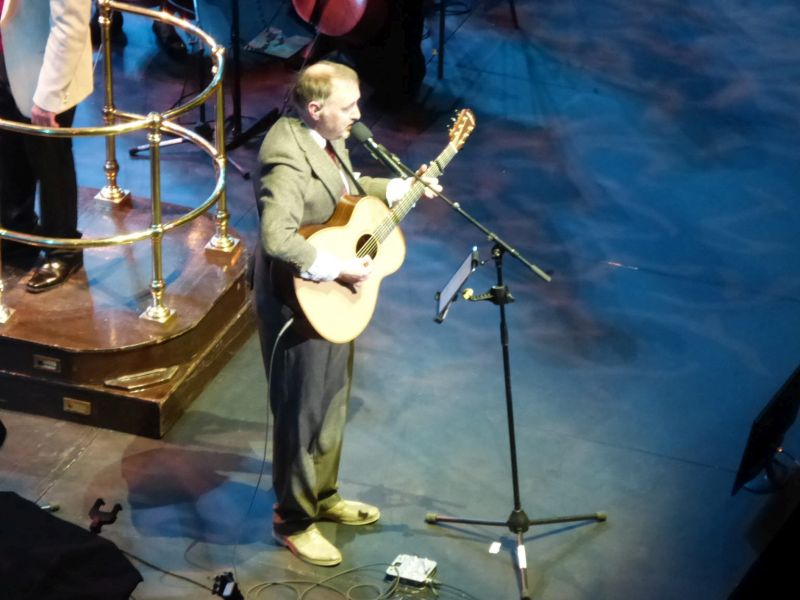 Nearby was the famous Victoria and Albert Museum.  It is the world's largest museum of decorative arts and design, housing a permanent collection of over 4.5 million objects. The museum was founded in 1852 and named after Queen Victoria and Prince Albert. 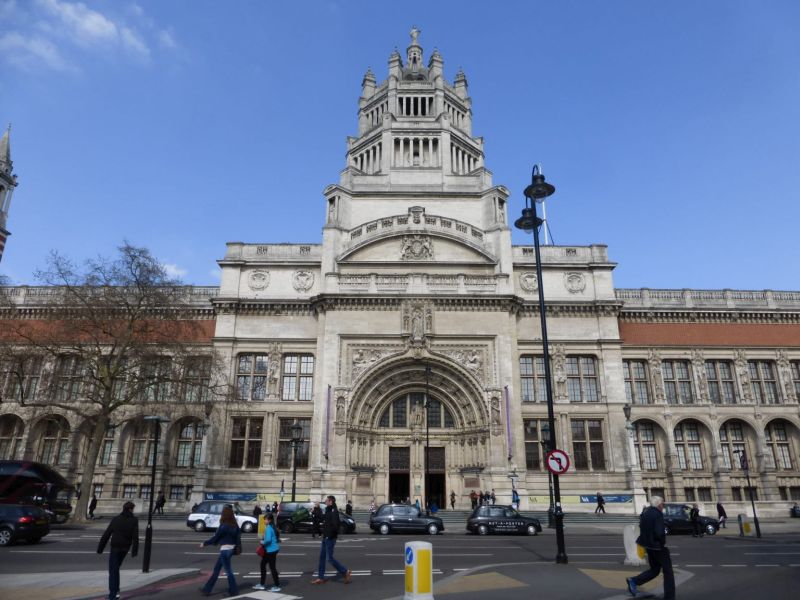 Inside were impressive sculptures and paintings. 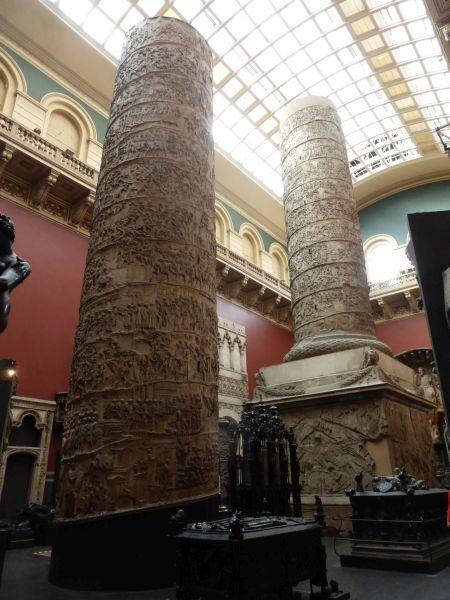 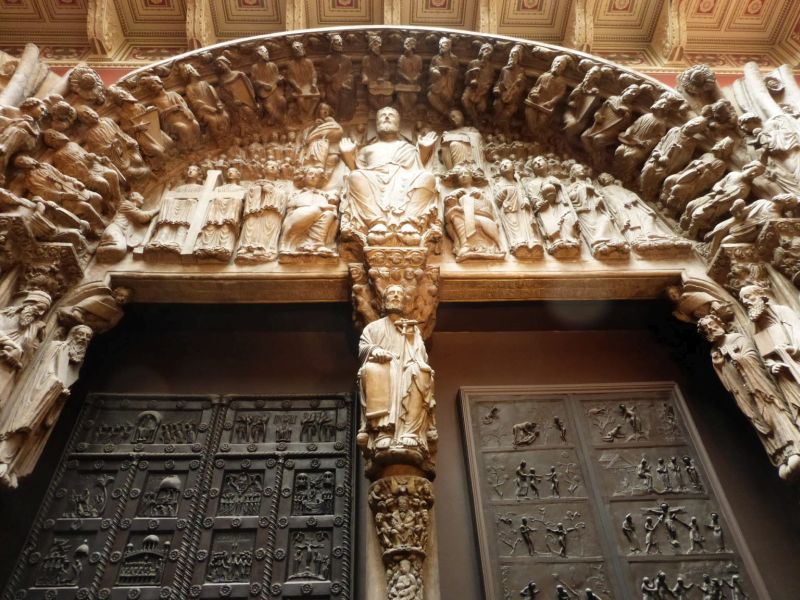 Next to the Victoria and Albert Museum was the Brompton Oratory Church. The Oratory is a large neo-classical Roman Catholic church.  It is closely connected with the London Oratory School, a boys' school founded by the priests from London Oratory. 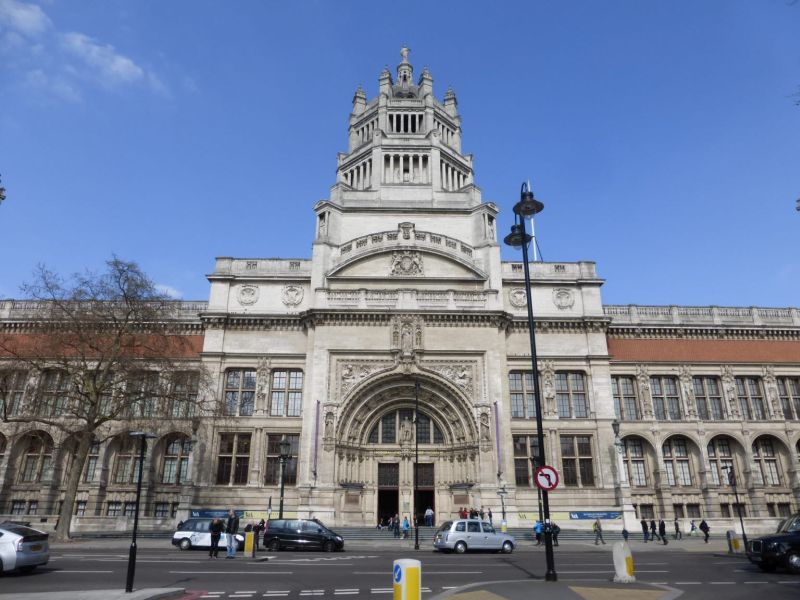