May 2015 – Cambridge, Peterborough, Ely and Rushton

Round Church in Cambridge, with its distinctive Norman doorway, dates from about 1130, making it at least 100 years older than the earliest colleges of Cambridge University.  It now serves as the base for Cambridge Christian Heritage.  We watched an informative and inspiring video and enjoyed the display, “The Cambridge Story – The Impact of Christianity in England.” 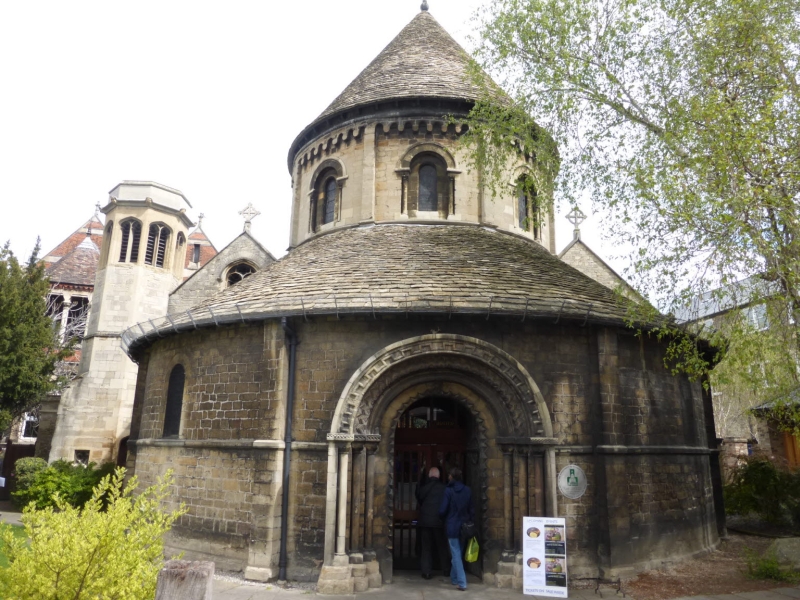 St Benet's is a Church of England parish church in central Cambridge, England. Parts of the church, most notably the tower, are Anglo-Saxon, and it is the oldest church in Cambridgeshire and the oldest building in Cambridge 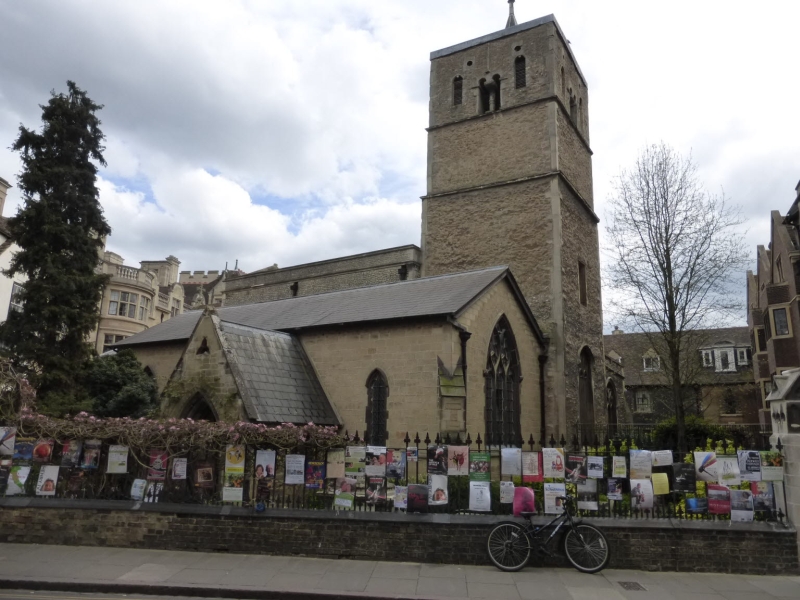 St Andrew's Street Baptist Church -  It was here, though in a former building on the site, that the famous Baptist preacher Charles Haddon Spurgeon (1834-1892) began his ministry. He was a teenage Sunday School teacher, but such was his eloquence that many of the adults in the church deserted the main services and started attending the Sunday School. 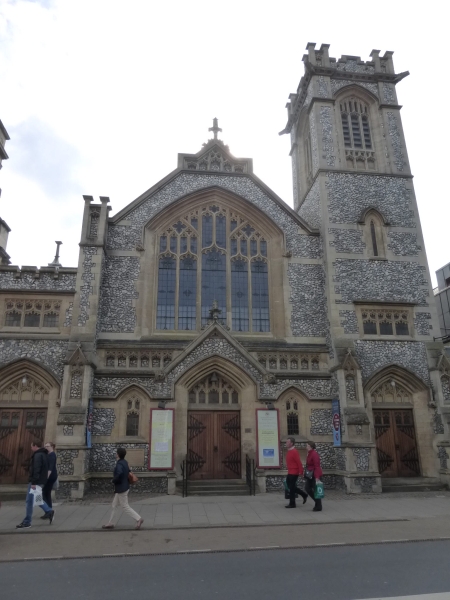 Queen’s College - The Dutch scholar Desiderius Erasmus (1466-1536) came to Cambridge in 1511 as Professor of Greek and helped to establish its reputation as a centre of European learning. .  While here at Queens, his publication of the Greek New Testament based on original Latin sparked a revolution throughout Europe . His Greek text became the basis for translations of the NT into German by Martin Luther and into English by William Tyndale.  Erasmus is said to have “laid the egg that Luther and other Reformers hatched.” 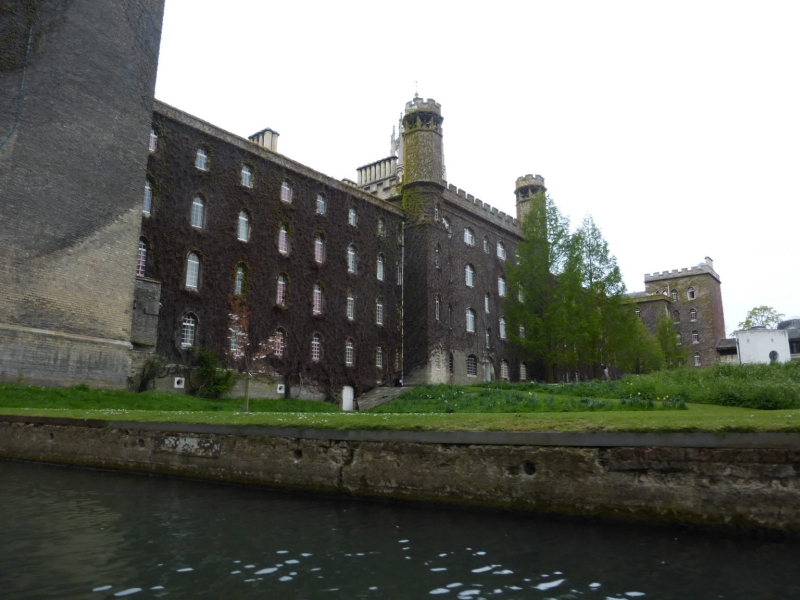 St. John’s College’s most famous alumnus was William Wilberforce (1759-1833).  Another student of St. John’s was Thomas Clarkson, who contributed much to Wilberforce’s opposition of slavery. 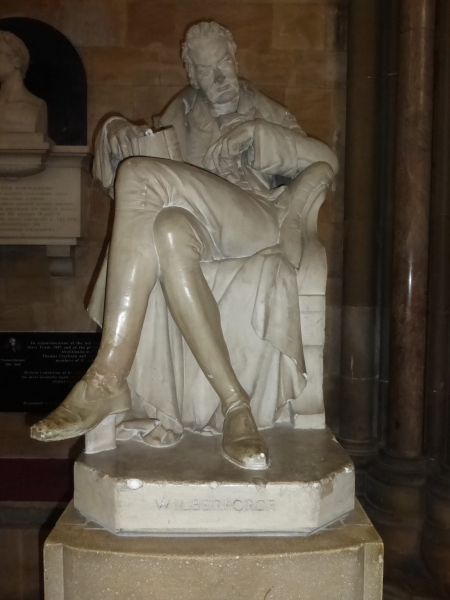 Peterborough Cathedral, properly called the Cathedral Church of St Peter, St Paul and St Andrew – is one of the most important 12th-century buildings in England to have remained largely intact, despite extensions and restoration.  The original church was founded about 655 AD, as one of the first centres of Christianity in central England.  Catherine of Aragon, first wife of Henry VIII, is buried here. 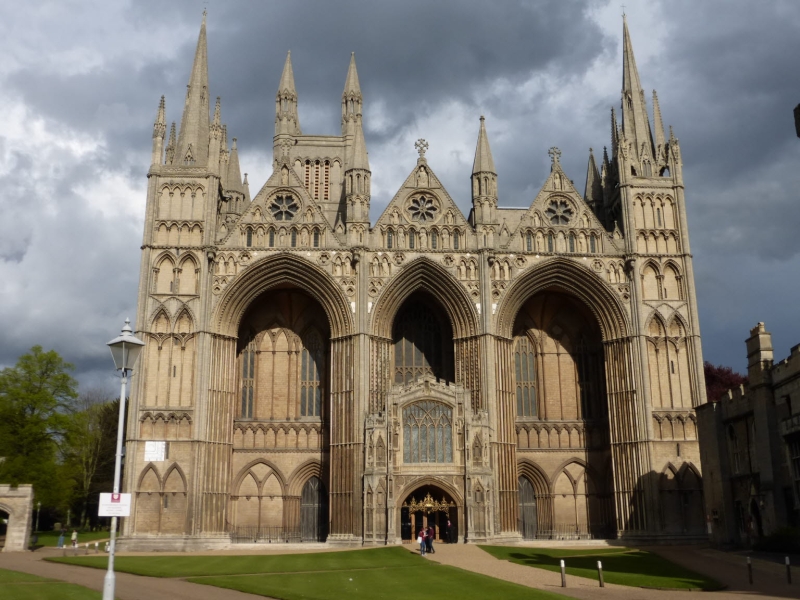 Ely (pronounced eelee) Cathedral, begun in 1083, took 268 years to complete.  It was closed by Cromwell for 17 years.  It originated as Ely Abbey, founded in 672, by Æthelthryth (St Etheldreda), daughter of the East Anglian King Anna.  We enjoyed a tour of a stained glass museum inside the Cathedral then a guided tour of the cathedral itself. 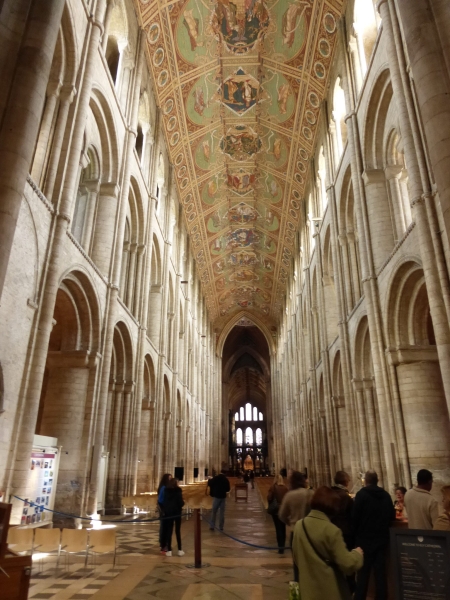 Ely  is named for eels in the nearby River Ouse (pronounced ooze).  The day we visited there was a big Eel Festival, featuring such culinary delights as eel; but we abstained. 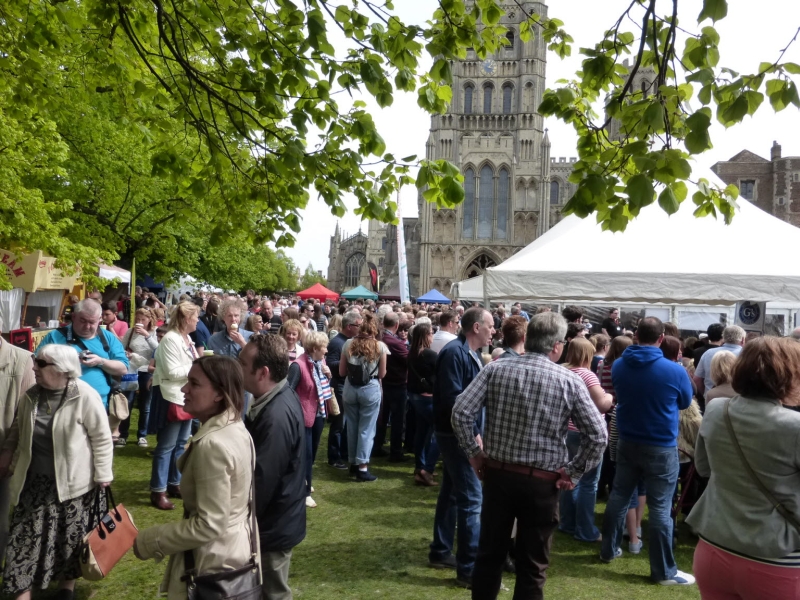 Oliver Cromwell lived here (Ely) from 1636 to 1647.  The brochure to his home tour is titled, “Hero or Villain?”   Cromwell personally favoured religious liberty and enjoyed music and the arts, but some of his supporters preferred more narrow and extreme forms of Puritanism. His army was devout and highly disciplined, but his reputation was marred by atrocities in Ireland. The jury is still out on Oliver Cromwell. On some matters all historians are agreed. Cromwell had undergone an intense conversion experience and was personally devout. He was a loving family man, devoted to his wife and children. He firmly believed in divine providence and that his victories on the battlefield, as in Old Testament times, were a sign of God's favor. 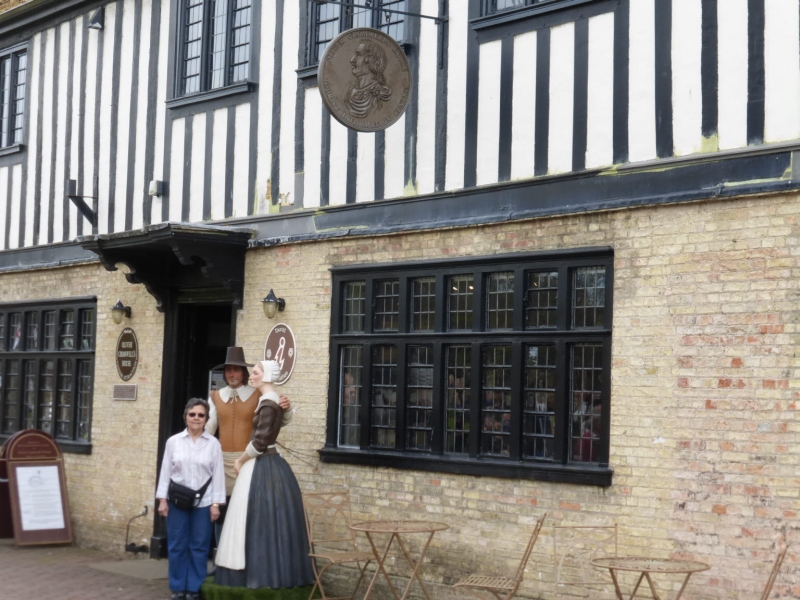 The Triangular Lodge was designed and constructed between 1593 and 1597 by Sir Thomas Tresham near Rushton, Northamptonshire, England. He was a Roman Catholic and was imprisoned for a total of fifteen years in the late 16th century for refusing to become a Protestant. On his release in 1593, he designed the Lodge as a protestation of his faith. His belief in the Holy Trinity is represented everywhere in the Lodge by the number three: it has three walls 33 feet long, each with three triangular windows and surmounted by three gargoyles. The building has three floors, upon a basement, and a triangular chimney. Three Latin texts, each 33 letters long, run around the building on each facade. The quotations, translated, are:
1. "Let the earth open and … bring forth salvation" (Isaiah 45:8)
2. "Who shall separate us from the love of Christ?" (Romans 8:35)
3. "I have contemplated thy works, O Lord, and was afraid" (a paraphrase of Habakkuk 3:2) 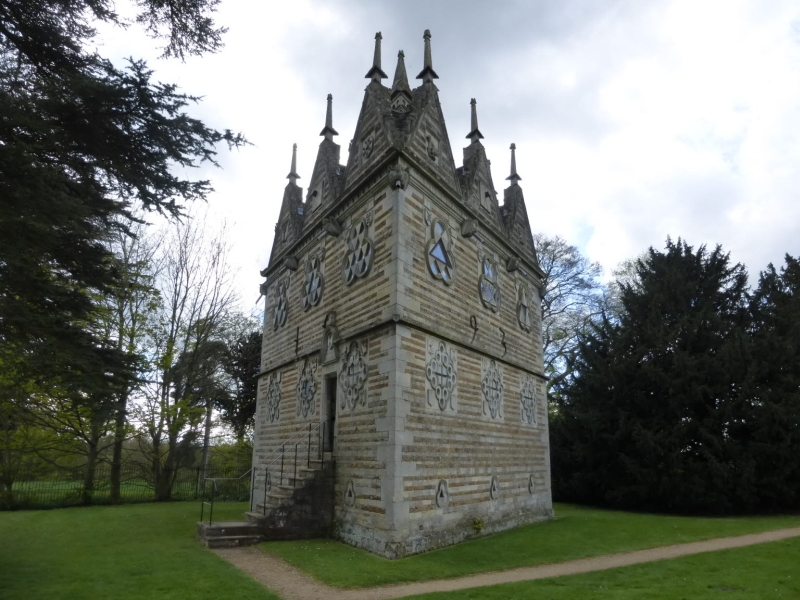 St. Peter and St. Paul Church - Vincent Perronet (1693-1785) came here as vicar in 1728 and remained for an astonishing fifty-seven years. He was one of John Wesley's earliest and most faithful supporters among the established clergy.  Two of his sons became itinerant preachers with Wesley and Edward Perronet (1726-1792) was author of "All Hail the Power of Jesus Name."  John Wesley preached under a yew tree in the church yard. 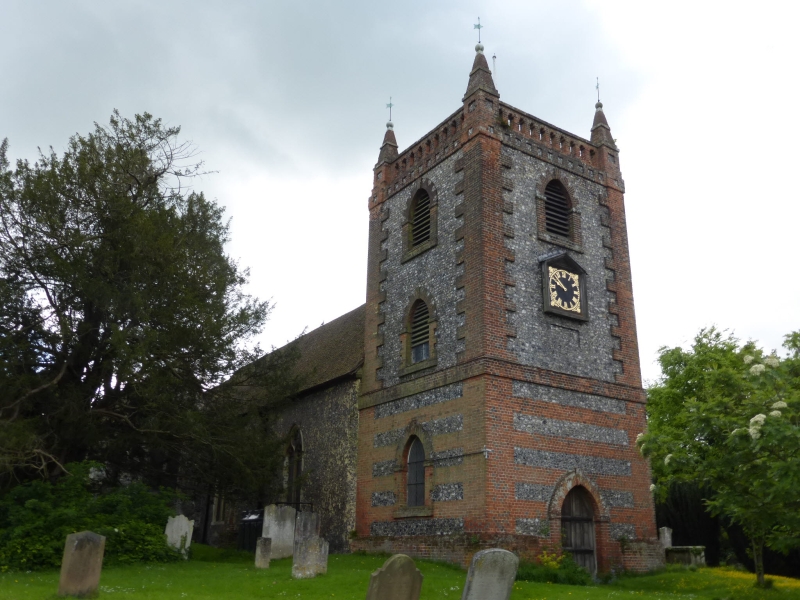 The pulpit of St. Peter and St. Paul Church was formerly in Westminster Abbey, and from this pulpit Queen Victoria’s coronation sermon was preached. 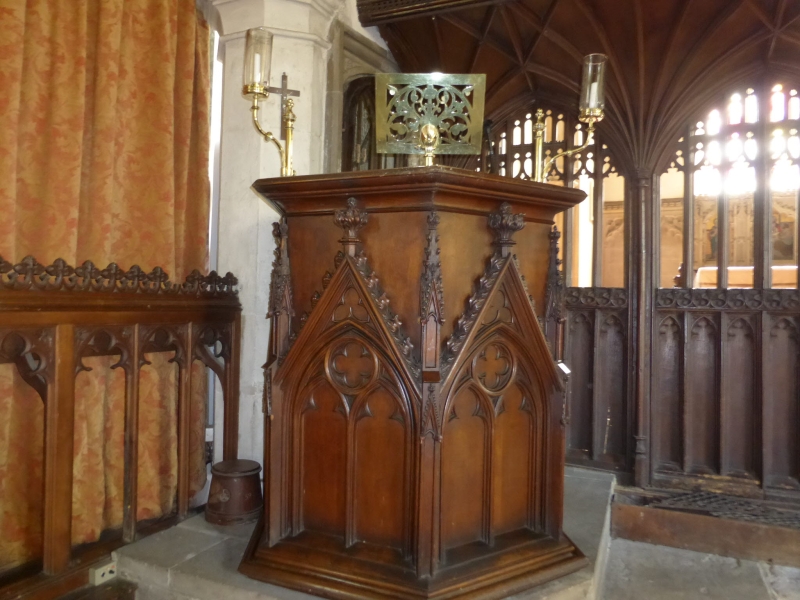