Corpus Clock is on the outside of the Taylor Library at Corpus Christi College, Cambridge University. Unveiled in 2008, it is entirely mechanically controlled, without any computer programming, and electricity is used only to power a motor, which winds up the mechanism, and to power the blue LEDs that shine behind the slits in the clock's face.  The dominating visual feature of the clock is a grim-looking metal sculpture of an insect similar to a grasshopper or locust. The sculpture called Chronophage (literally "time eater" in Greek.  It moves its mouth, appearing to "eat up" the seconds as they pass, and occasionally it "blinks" in seeming satisfaction. 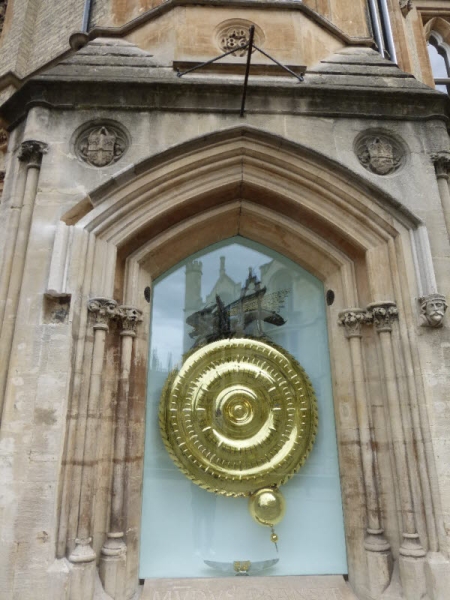 Punting on the River Cam in Cambridge 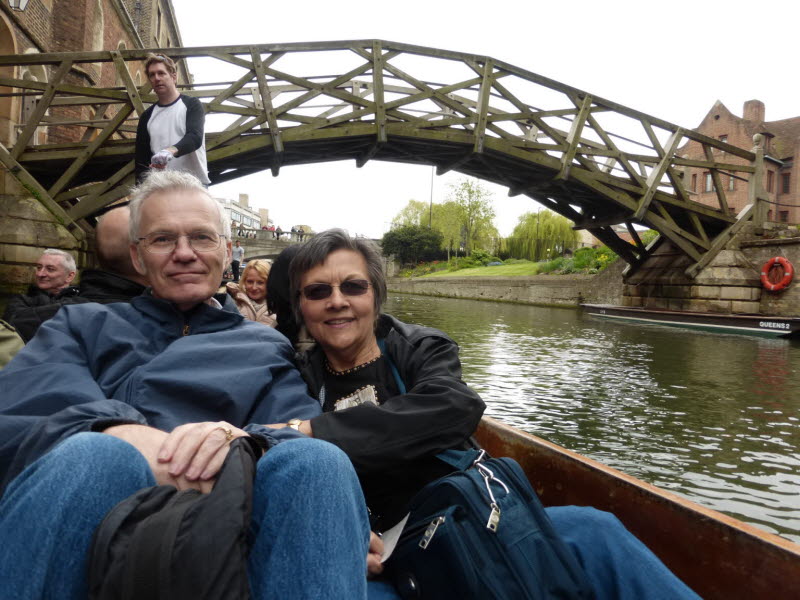 Trinity College (Cambridge University), founded by Henry VIII in 1546.  This statue of Henry VIII in the Trinity College Great Gate holds a chair leg.  It originally showed the king resplendent with a golden orb and sword. Legends vary about how the sword was swapped for the chair leg sometime in the nineteenth century. 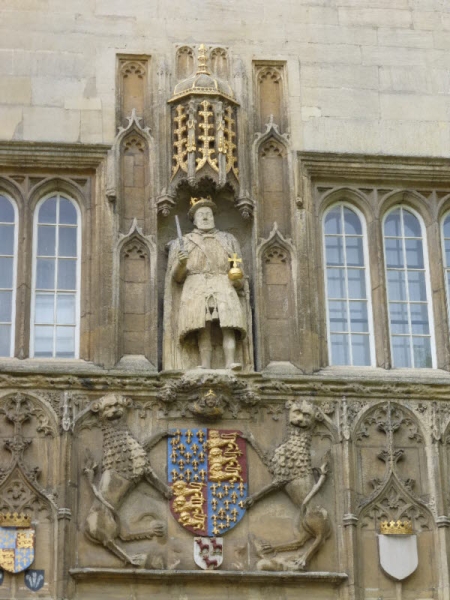 Anglesey Abbey is a country house, formerly a priory, in the village of Lode, near Cambridge, England. 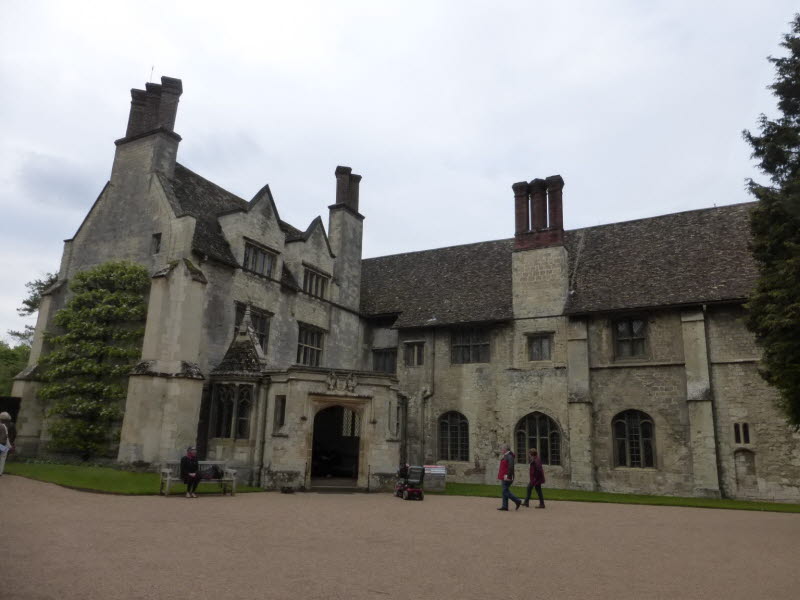 We climbed to the top level of Lode Mill, situated on the edge of the gardens.  To descend the steep steps, we had to come down backwards. 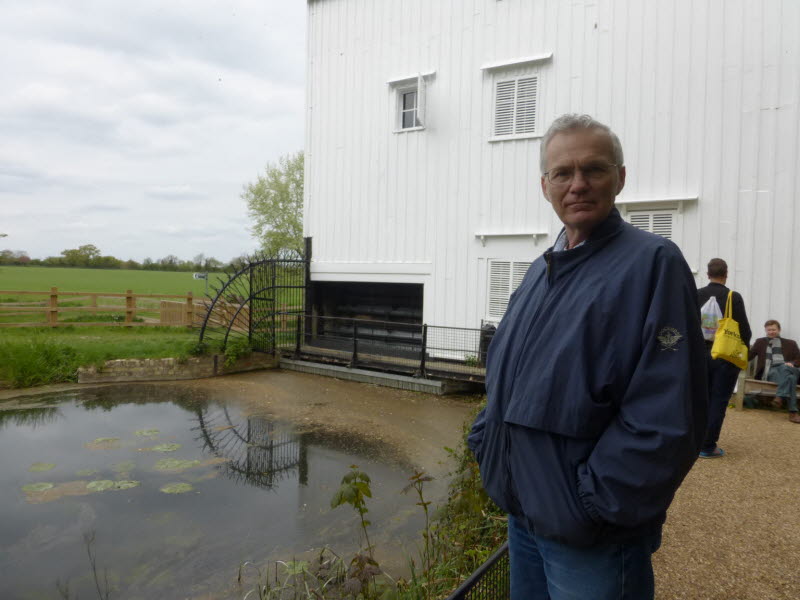 Longthorpe Tower displays one of the most complete and important sets of 14th-century domestic wall paintings in northern Europe. This varied 'spiritual encyclopedia' of worldly and religious subjects includes the Wheel of Life, the Nativity and King David.  The paintings were whitewashed over around the time of the Reformation and remained hidden until their rediscovery in the 1940s! 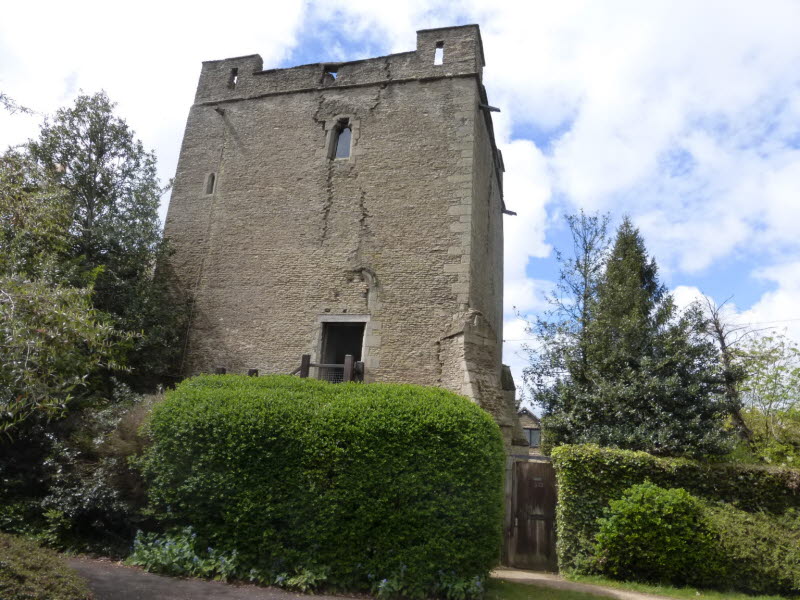 This time of year, we see awesome acres of yellow rapeseed flowers from which Canola oil is produced. 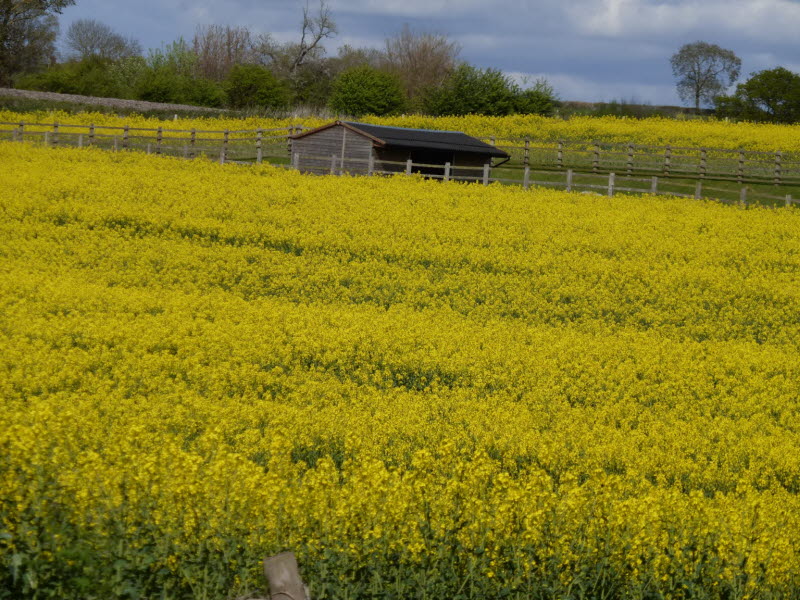 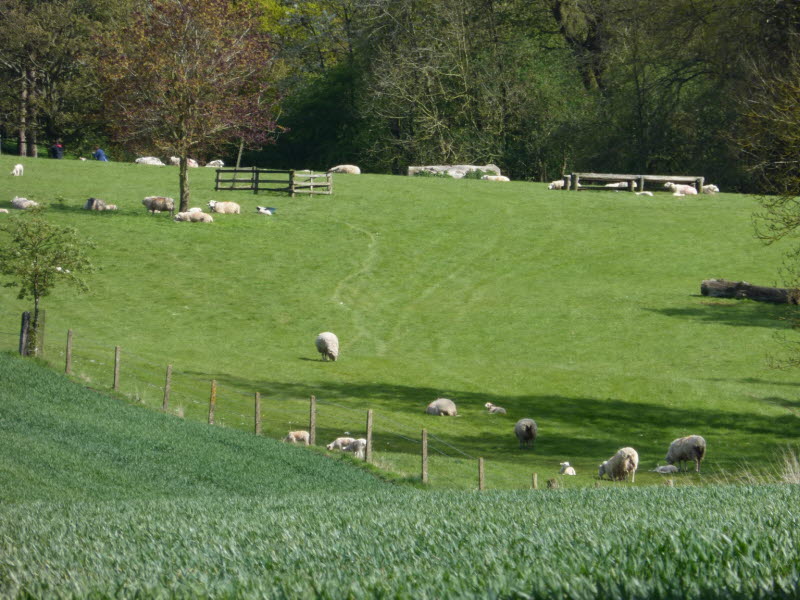 Audley End House is an early 17th-century country house just outside Saffron Walden, Essex, England. It was once a palace in all but name and renowned as one of the finest Jacobean houses in England.  We enjoyed a lovely walk on the grounds as well as special festivities taking place on a bank holiday. 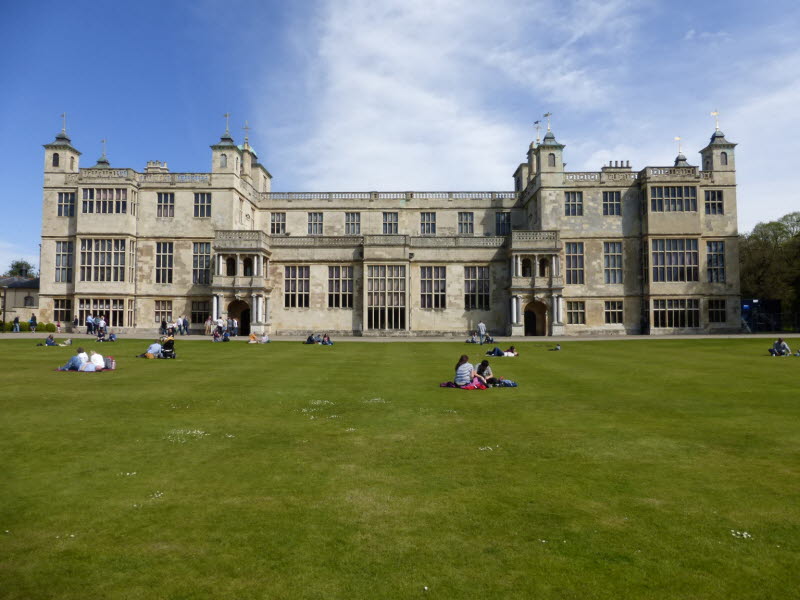 Hiking in Gatton Park, in walking distance of our home 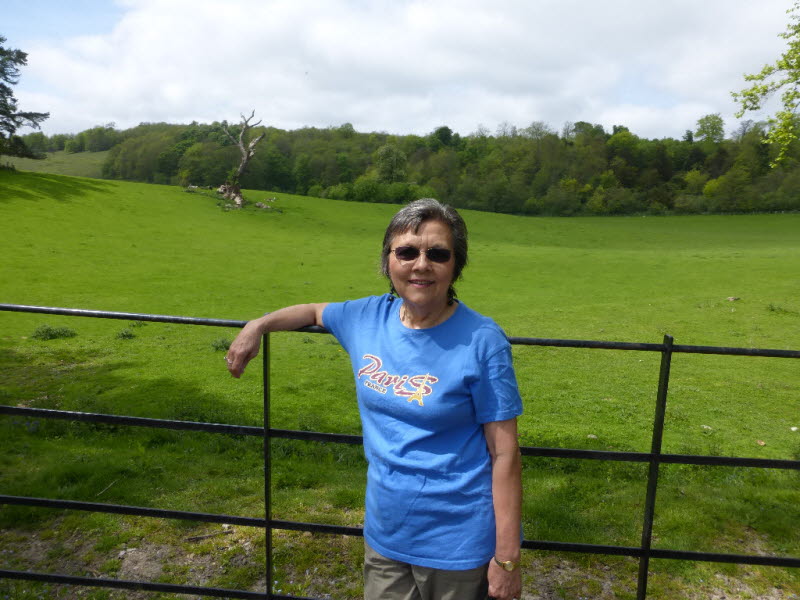 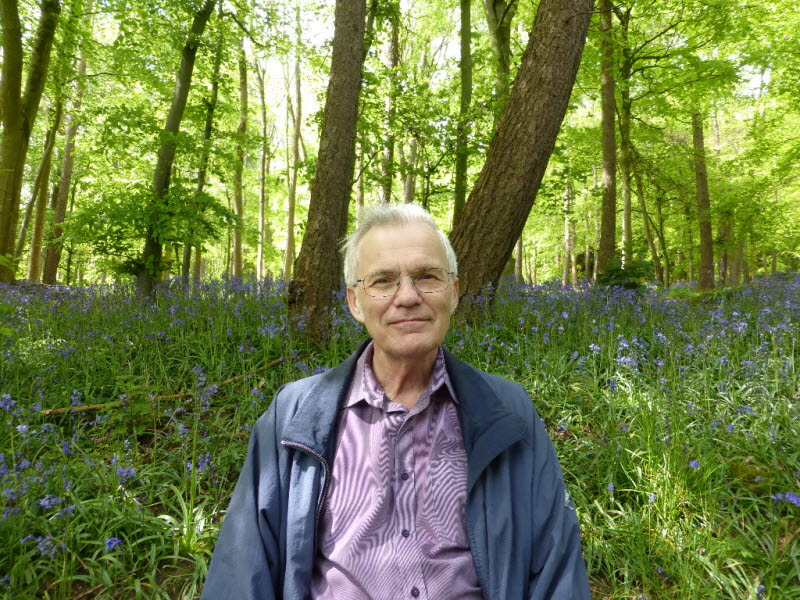 Gatton Park bluebells have been lovely this spring! 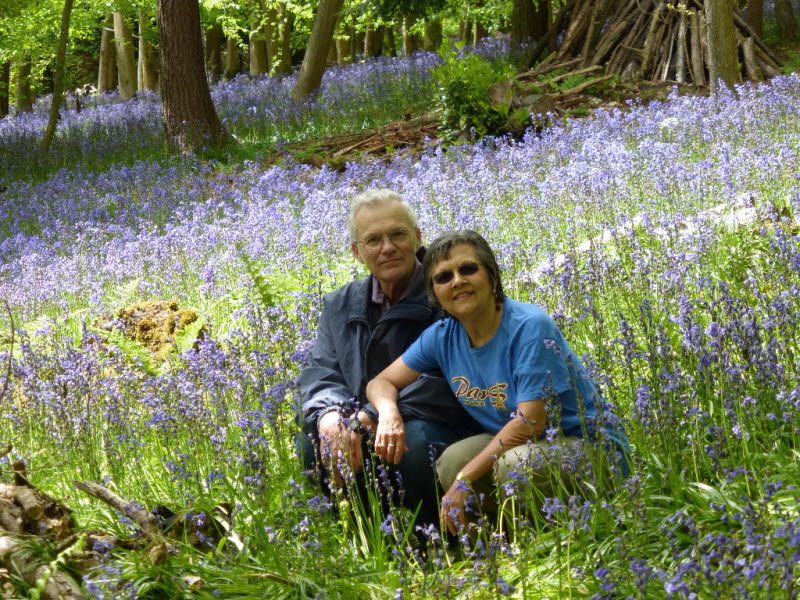 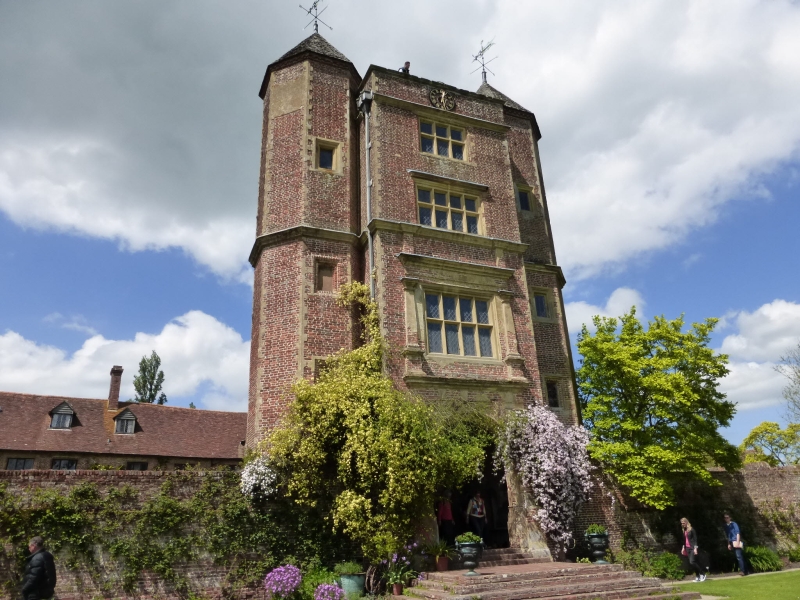 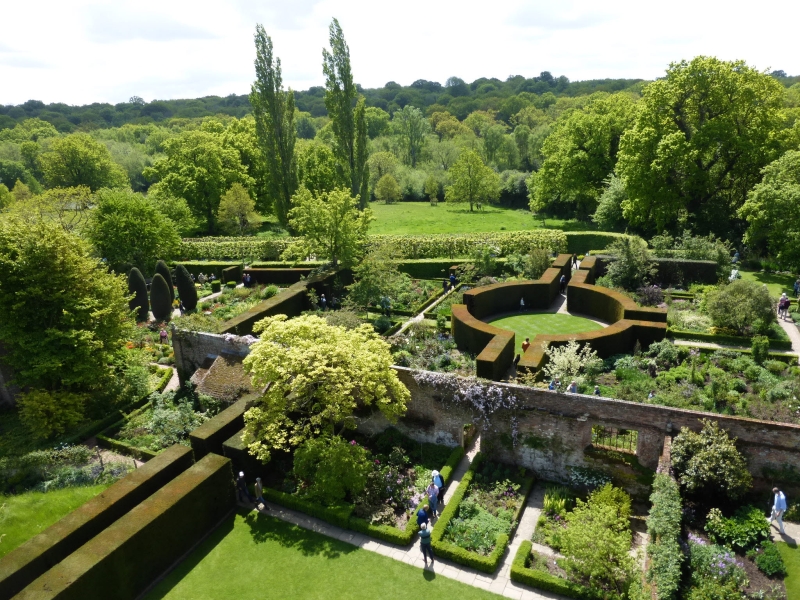 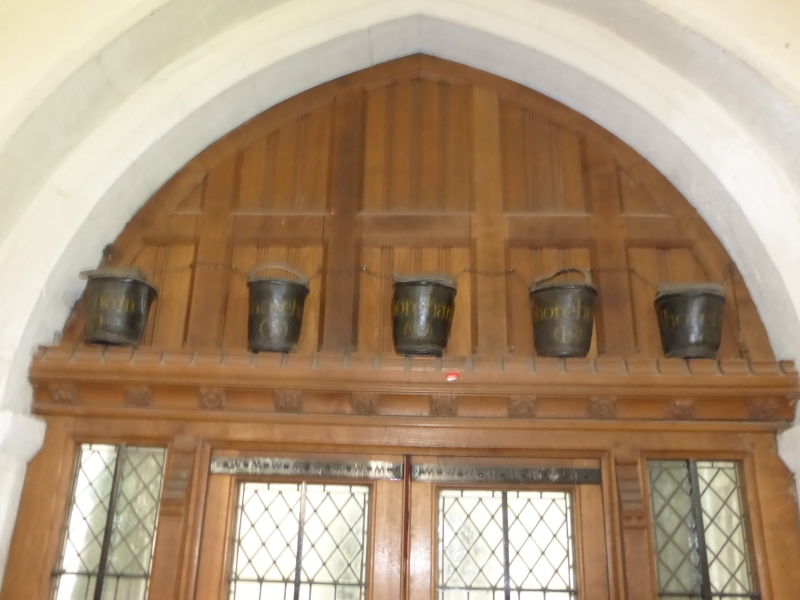 Stoneacre House (front) near Maidstone, Kent  John Ellys lived in this home in the 1400s.  His descendants include Samuel Ellis who owned Ellis Island, NY, where immigrants arrived in America. 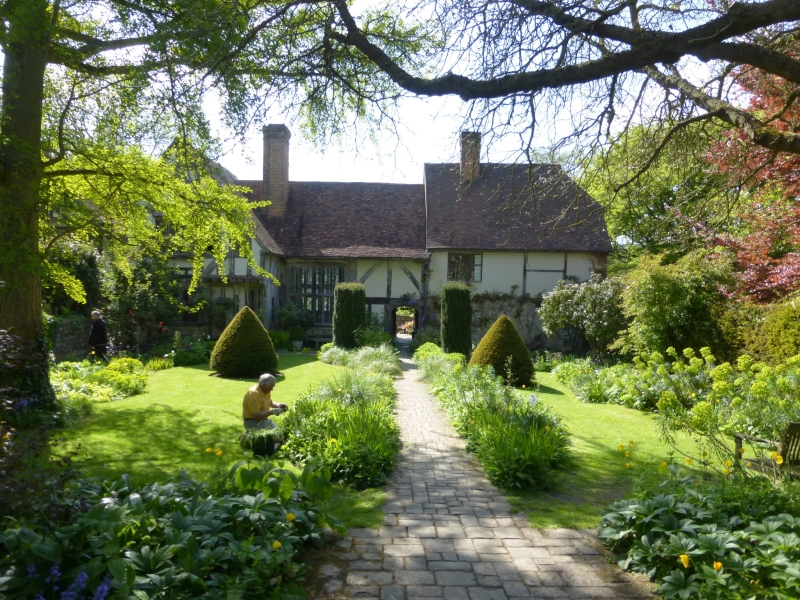 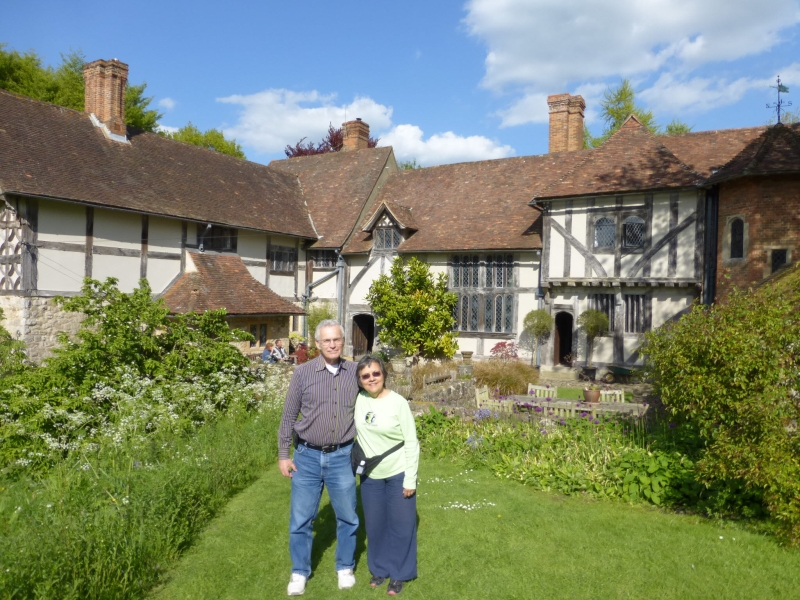 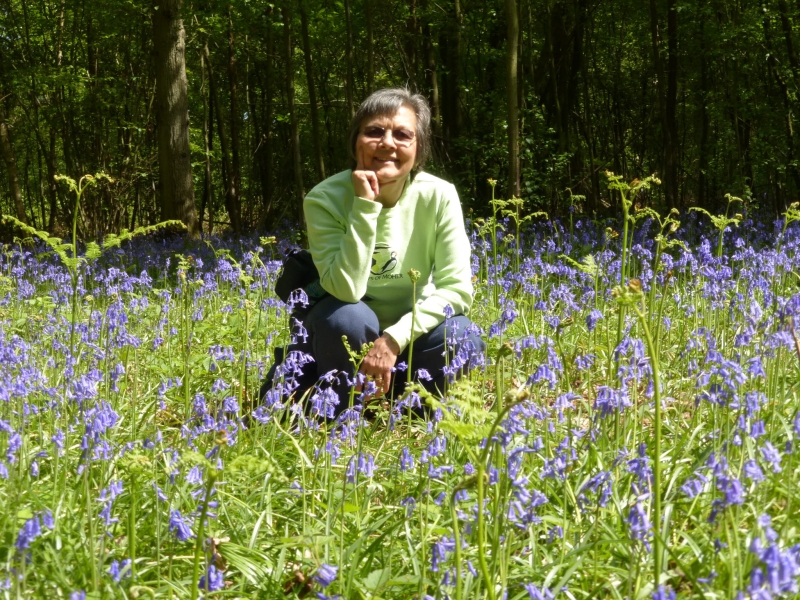 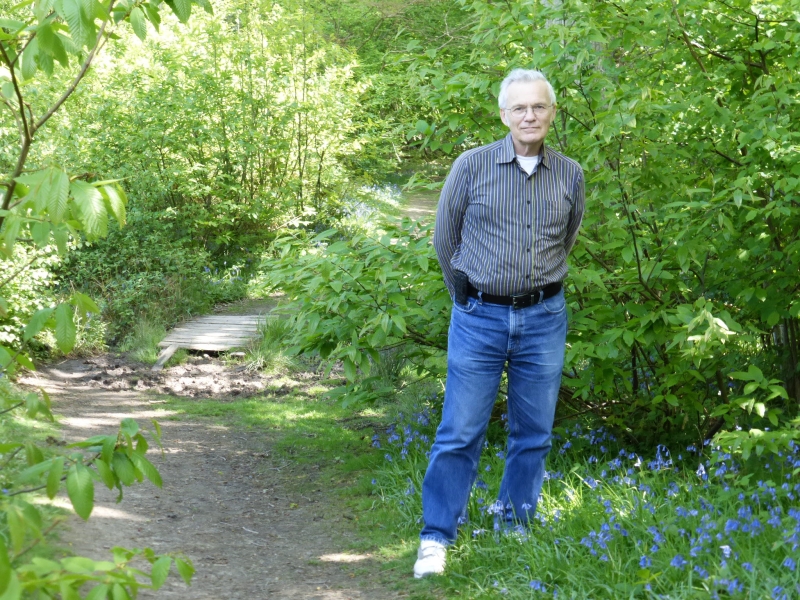