Bust of Agatha Christie; Torquay is called the English Riviera.  Christie was born here and spent many of the most important chapters of her life here, as well as using real places in the area as settings for her murder mysteries. 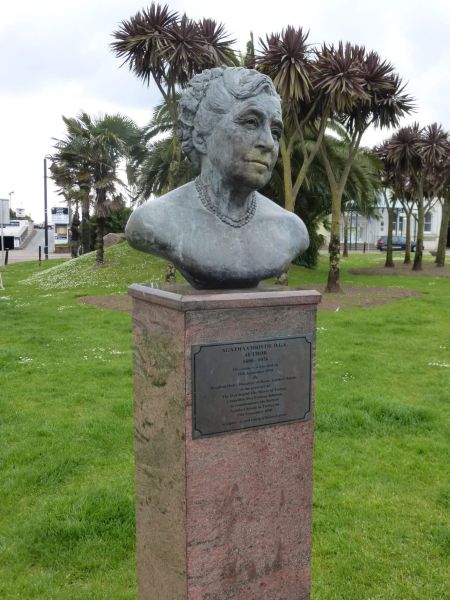 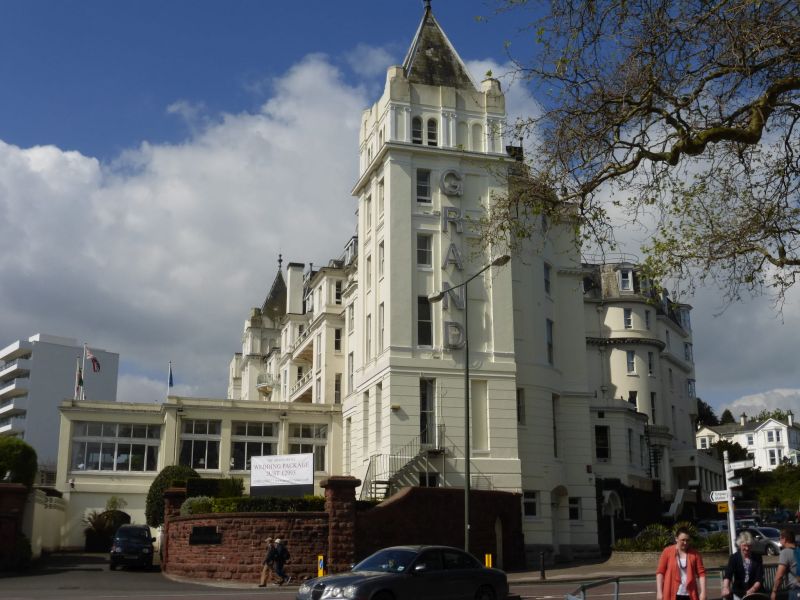 Torre Abbey, Torquay, is part of the Agatha Christie Trail.  Potent Plants Garden at Torre Abbey was inspired by the life of crime writer Agatha Christie.  The Abbey’s head gardener dug deep into the murky world of poisons, antidotes and remedies in Christie’s novels and created a garden featuring a variety of interesting plants that may cure or kill depending on one’s motives. 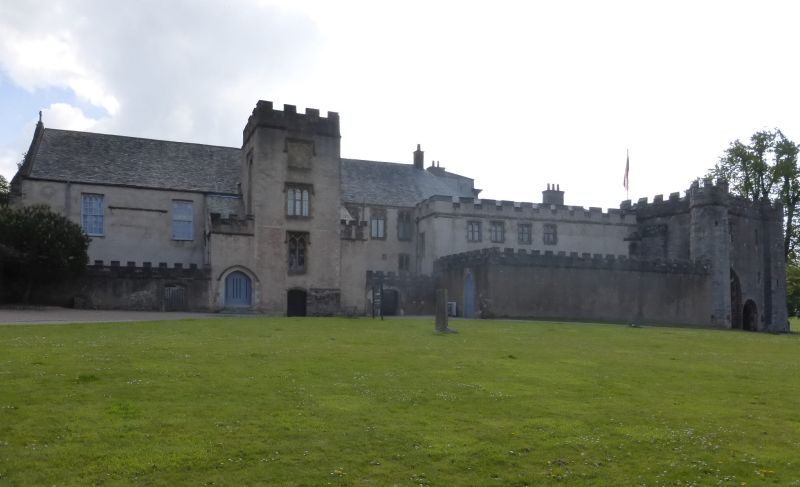 Ice cream was a welcome treat after several hours of walking.  Don’t miss the sign on the wall – “You can’t buy happiness, but you can buy ice cream; and that is pretty much the same thing!” 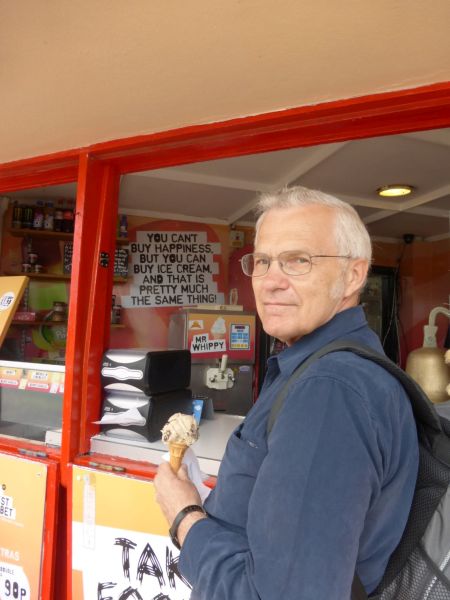 View of the bay by Torquay beach 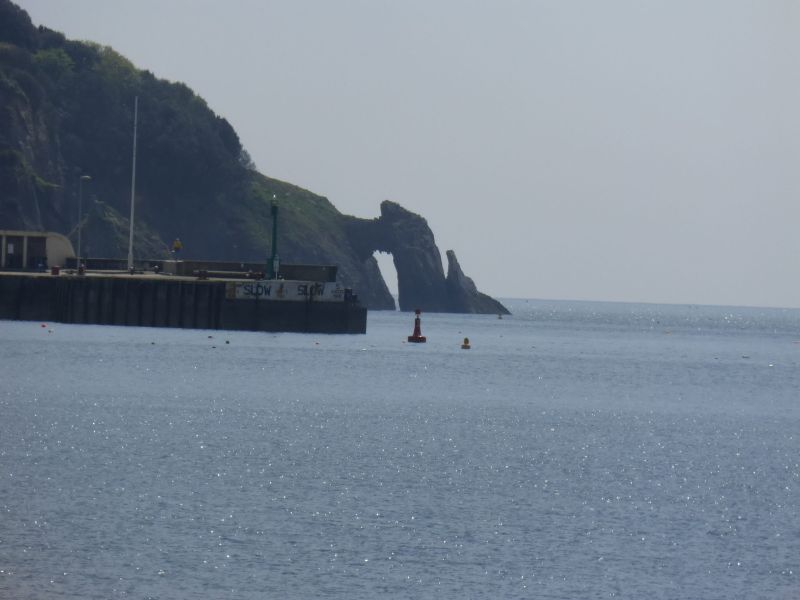 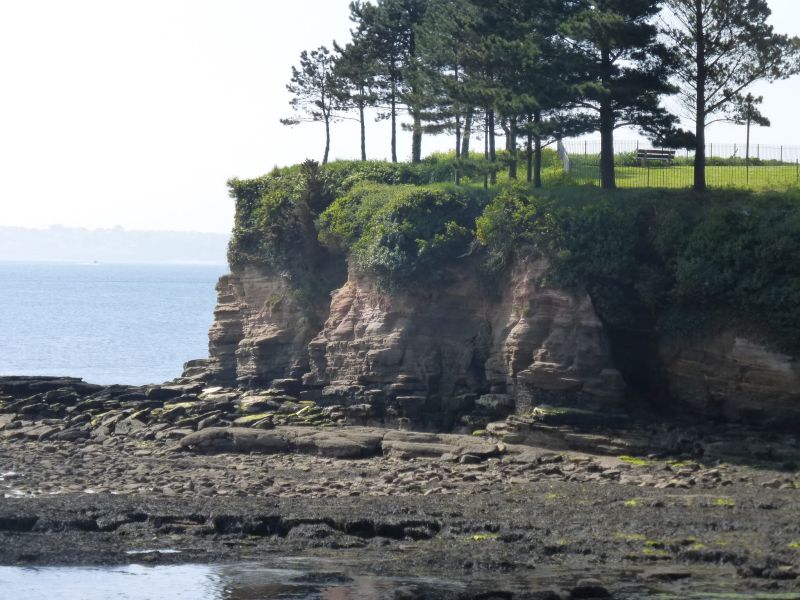 The beach houses are so colorful and cute! 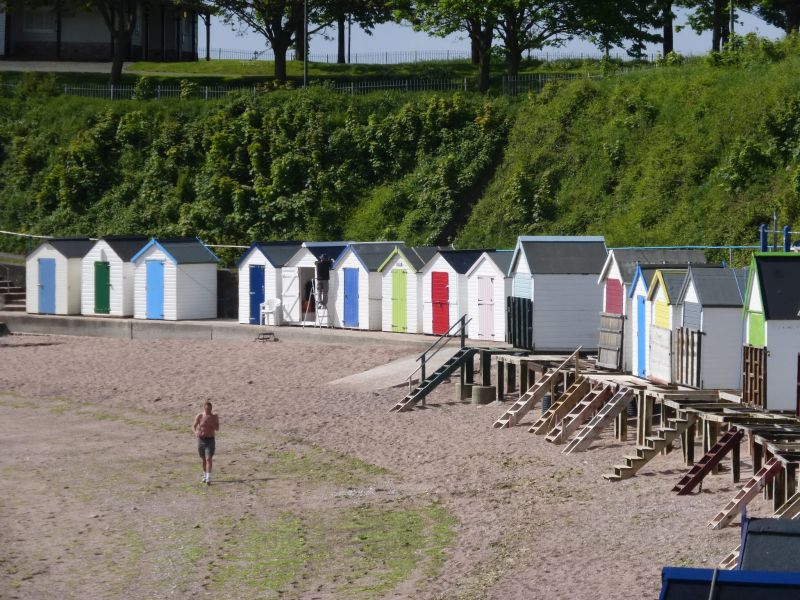 Rick and Martha returning from the Torquay beach. 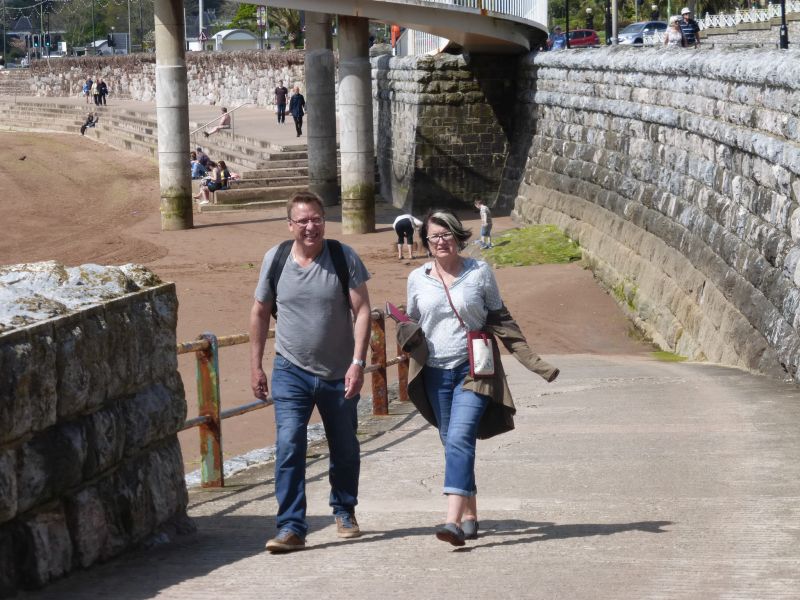 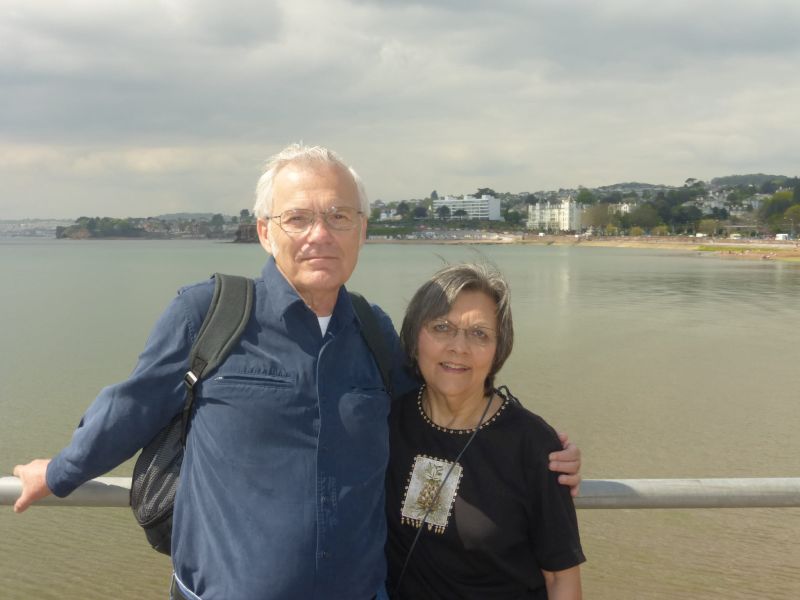 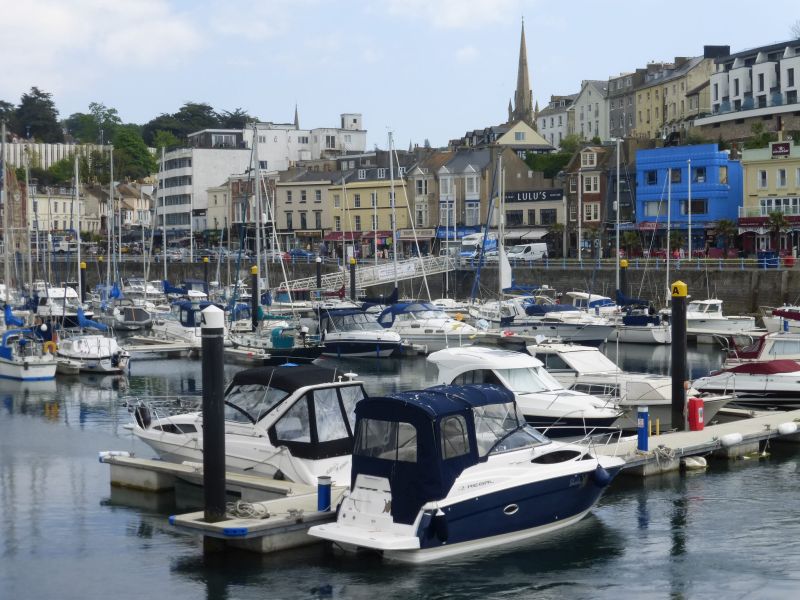 Richard does not get breakfast served like this at home! 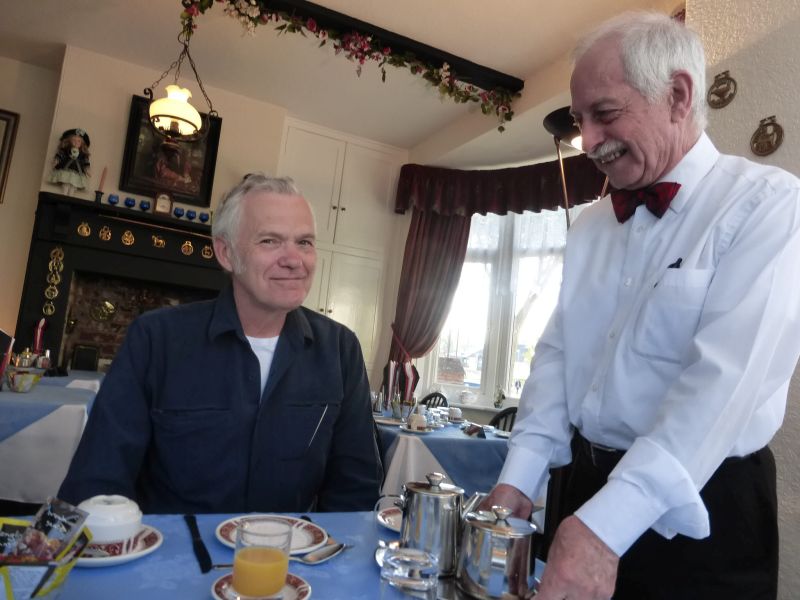 We rode the steam train from Paignton to Greenway Halt. 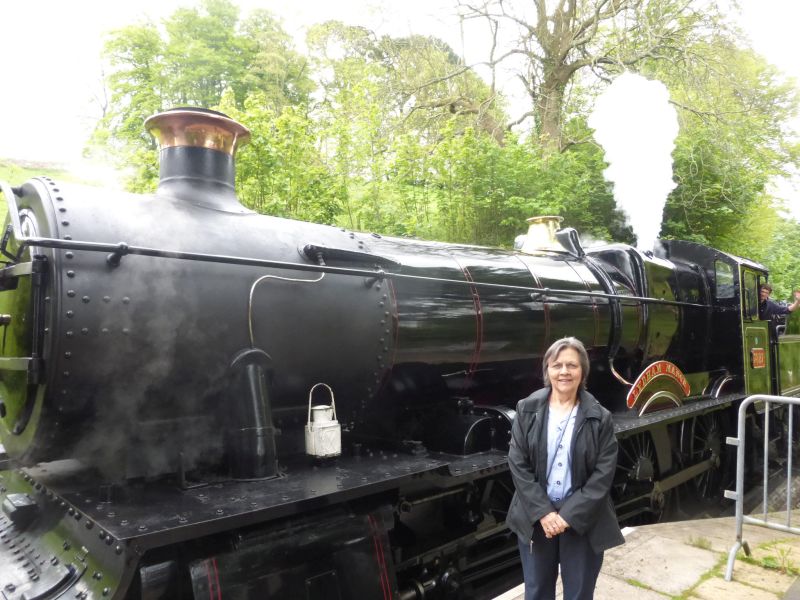 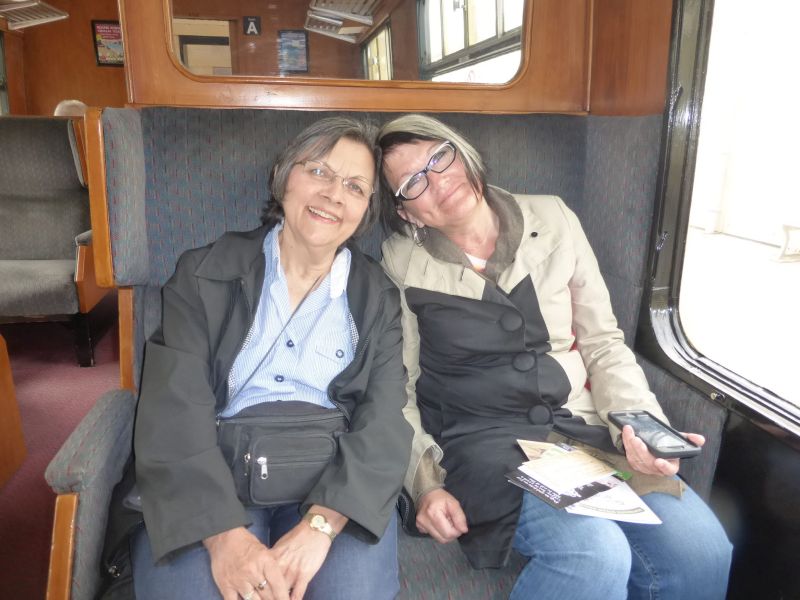 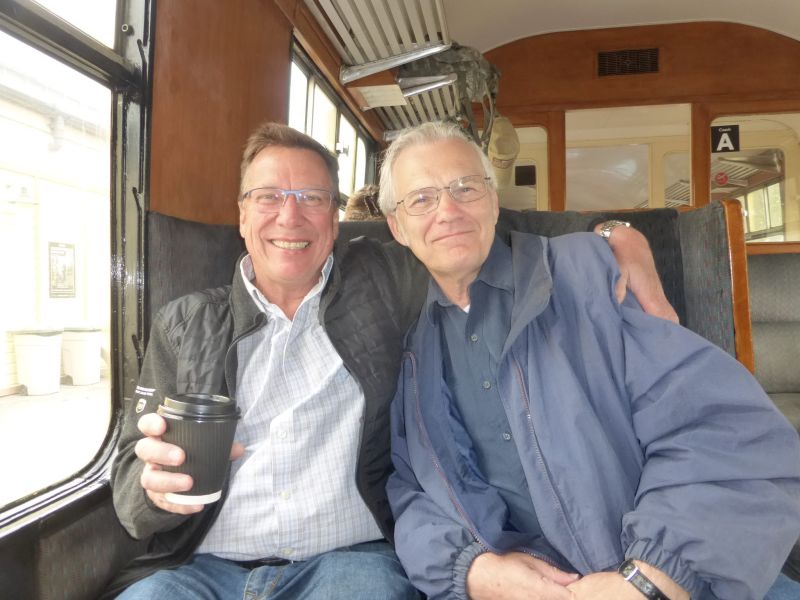 We hiked from the train stop to Greenway, home of Agatha Christie. The hike was 2 miles over beautiful wooded hills. 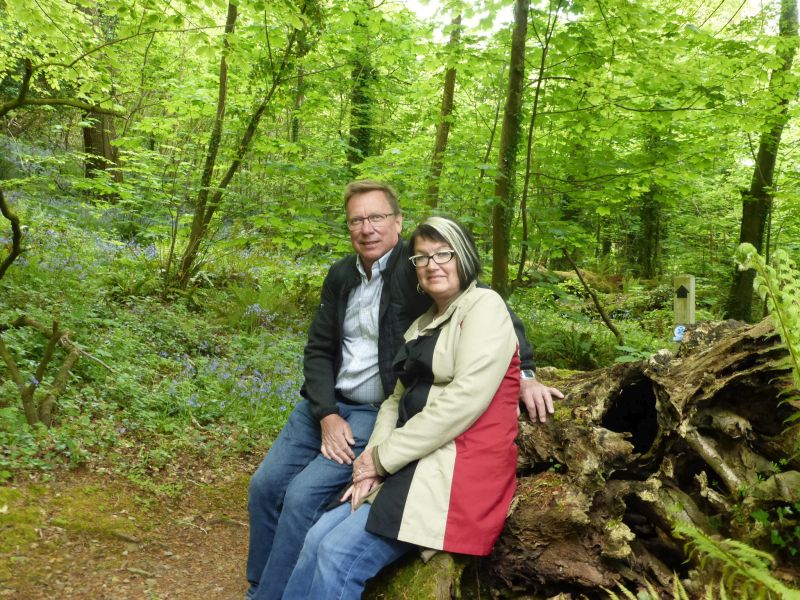 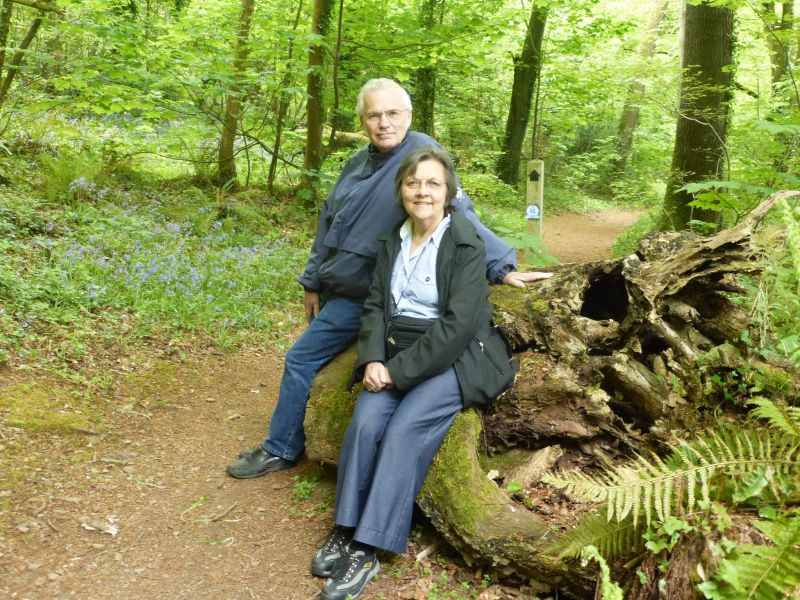 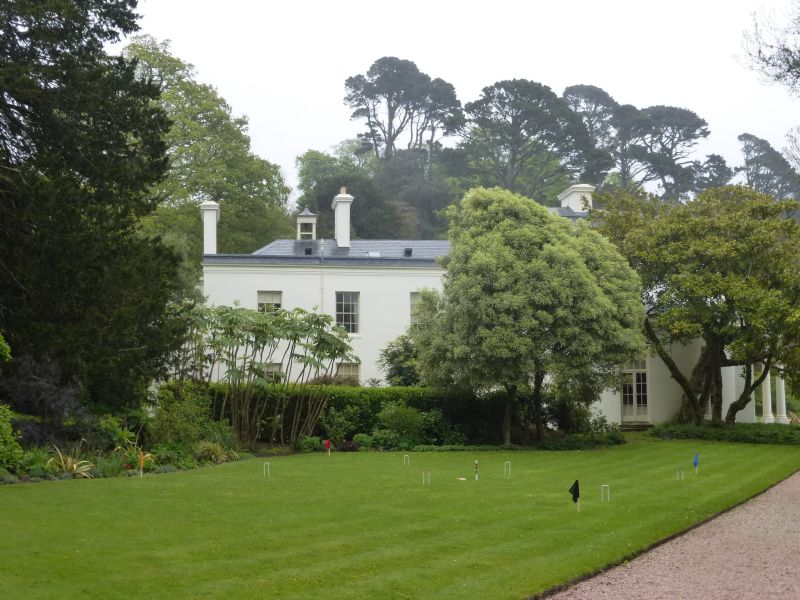 There is not a manned train station in Greenway, so we had to turn on a special light to notify the train to make an unscheduled stop. Then we returned by steam train back to Paignton. 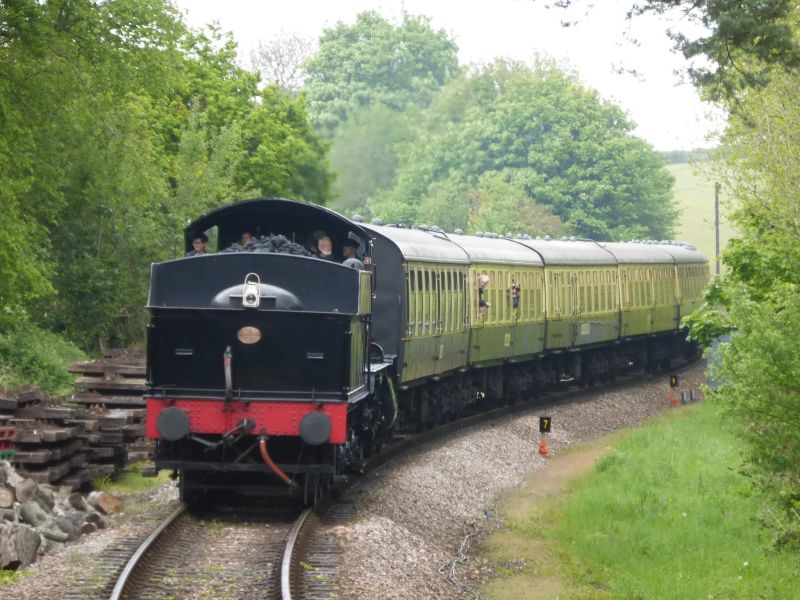 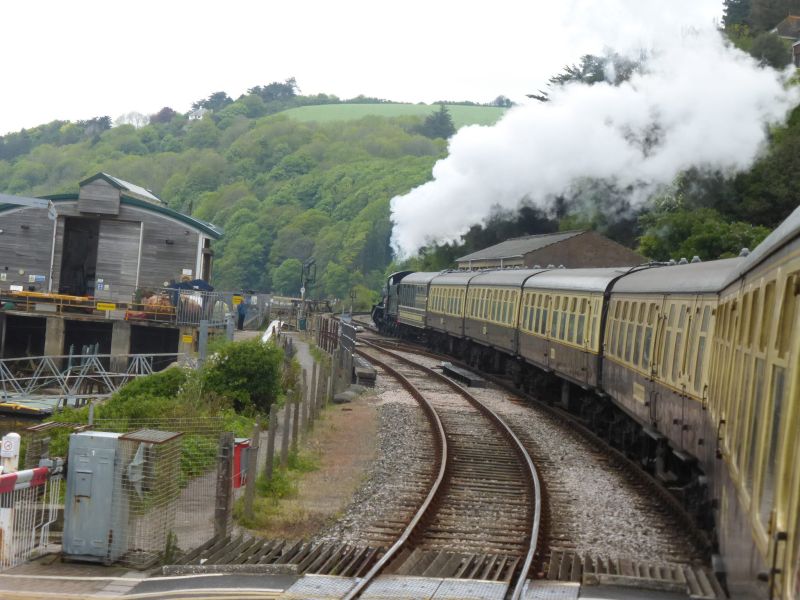 Upon arriving in Paignton, the steam train needed to refill the boilers with water. 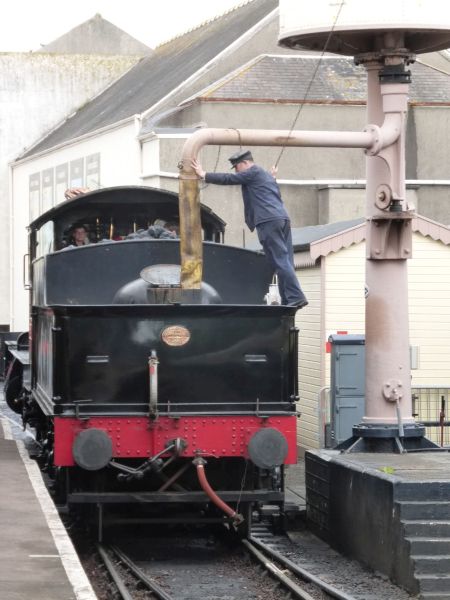 Paignton is a lovely seaside town. 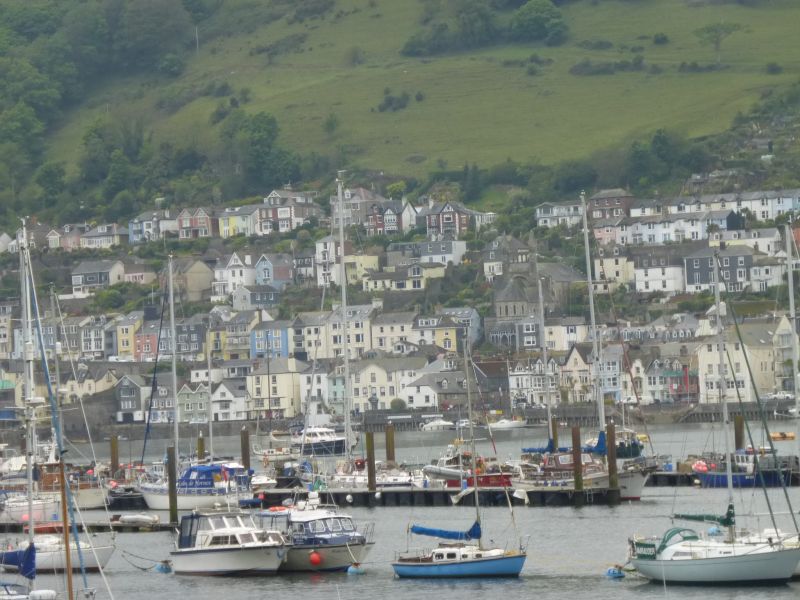