From our hotel in Kalambaka, we could see these huge sheer rock columns.  It was a steep, curvy drive up the mountain!  Atop these rocks are six surviving monasteries which date back to the 11th and 12th centuries and are still in use today.  Originally there were twenty-four monasteries. 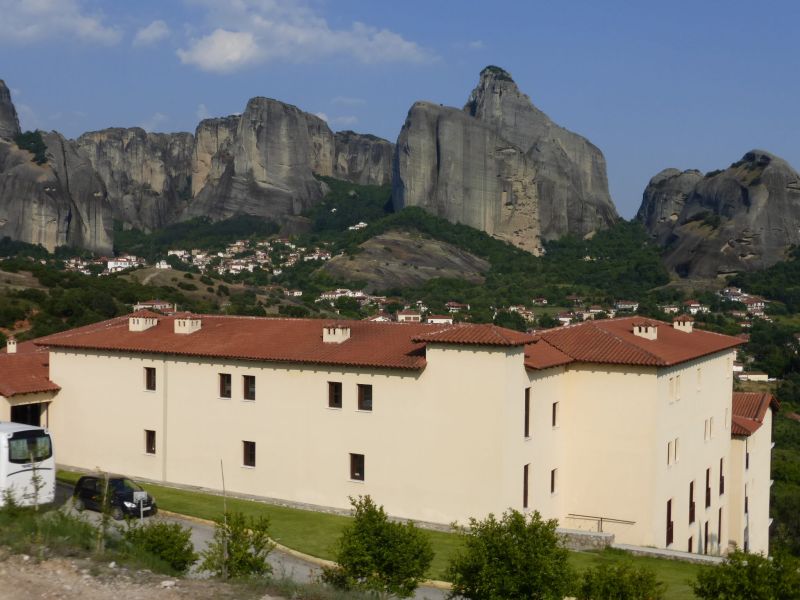 Vaarlam Monastery – This is part of the Metéora, which is one of the largest and most important complexes of Greek Orthodox monasteries in Greece. 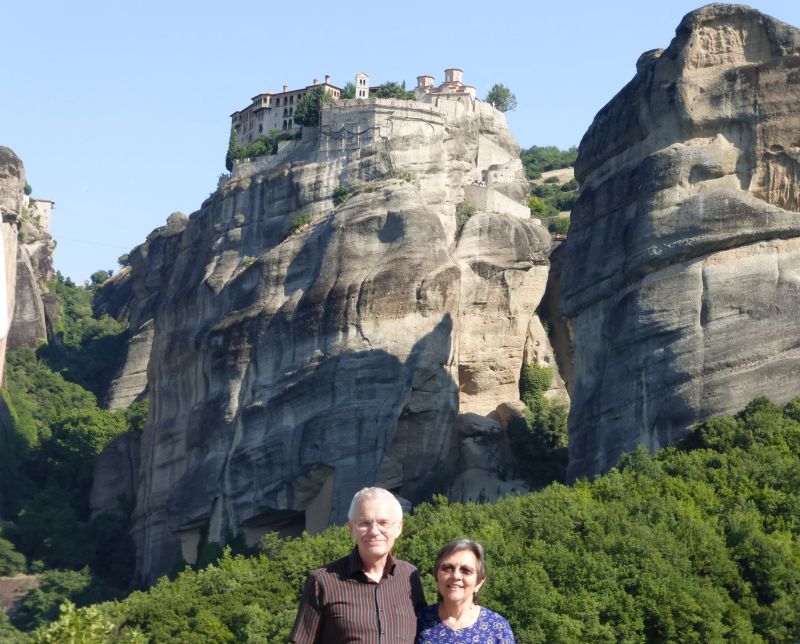 Holy Monastery of St Stephen, - This is also part of the Metéora, which is one of the largest and most important complexes of Greek Orthodox monasteries in Greece. 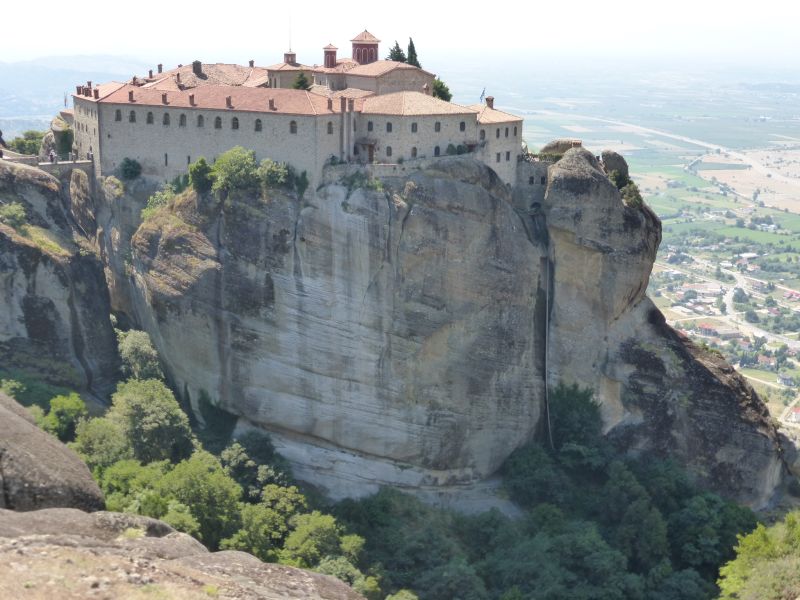 The view from Metéora was spectacular! 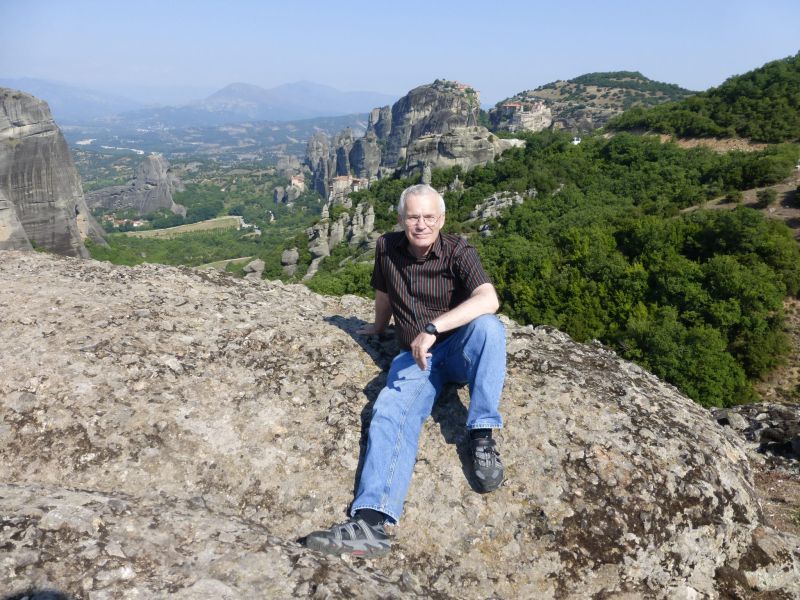 Site of the battle of Thermopylae - the first between the Persians and Greeks during the Persian invasion of 480-479 BC.  Esther Chapter 1 concerns this time in history.  The Battle of Thermopylae is one of the most heroic battles in the annals of military history. Three hundred Spartan and seven hundred Thespian soldiers, lead by king Leonidas of Sparta, engaged in a mission of “suicidal self-sacrifice” by holding off the mighty Persian army for three days at the pass at Thermopylae which was no more than 20 yards wide. 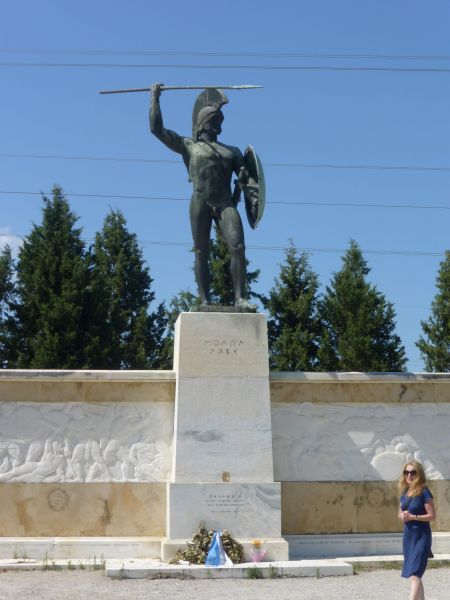 Delphi ancient ruins, where the oracle of Apollo spoke, was the site of the omphalos, the 'navel of the world'.  In the 6th century B.C. Delphi was the religious centre and symbol of unity of the ancient Greek world. 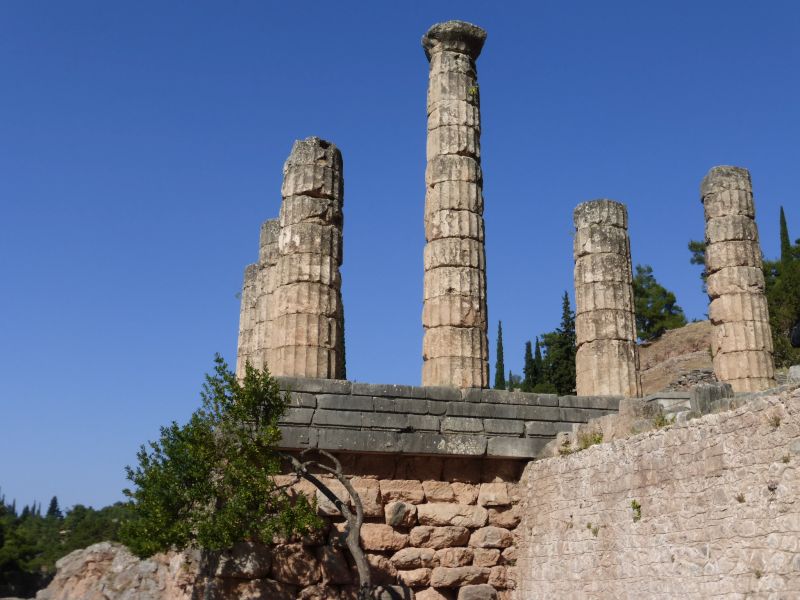 Remains of the Temple of Apollo at Delphi 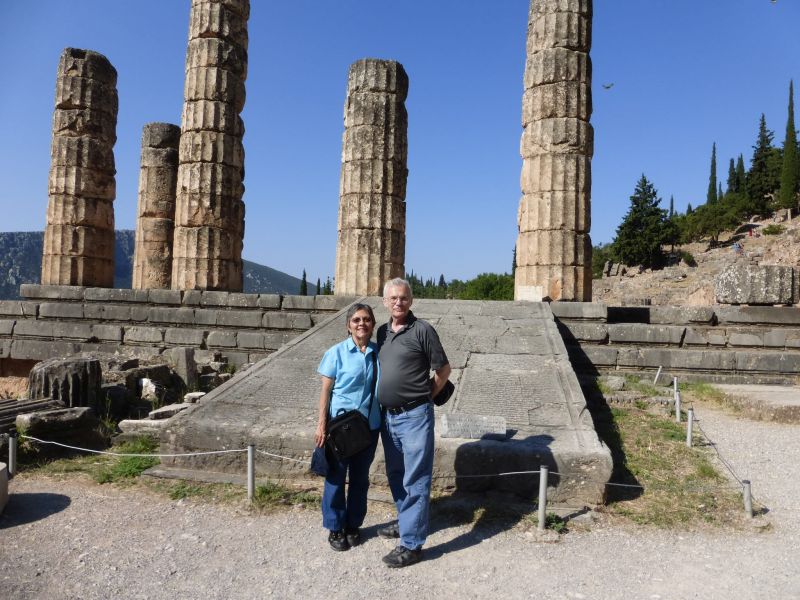 The rigorous climb was worth the view of Delphi amphitheater below.  The amphitheater was unique in that it was still a Greek amphitheater.   Most amphitheaters had been converted by the Romans into Roman arenas. 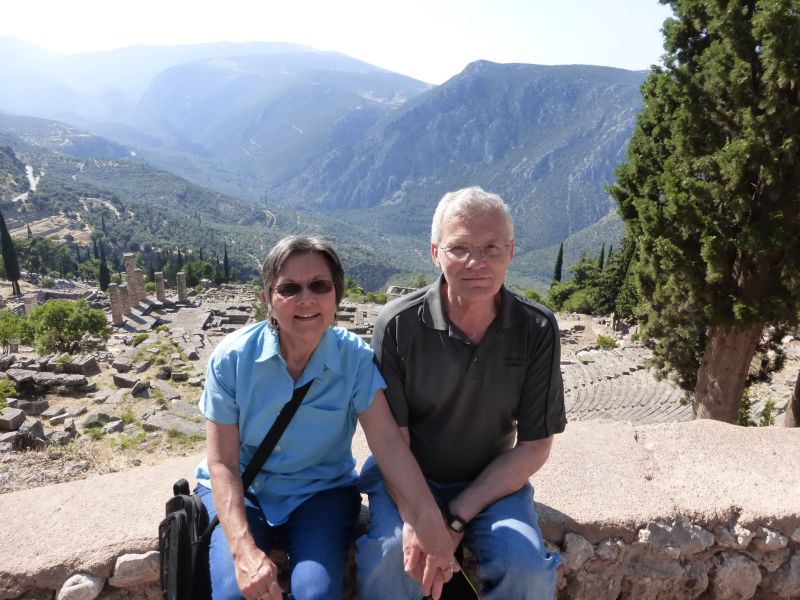 Above the ancient city of Delphi is a well preserved Greek stadium. 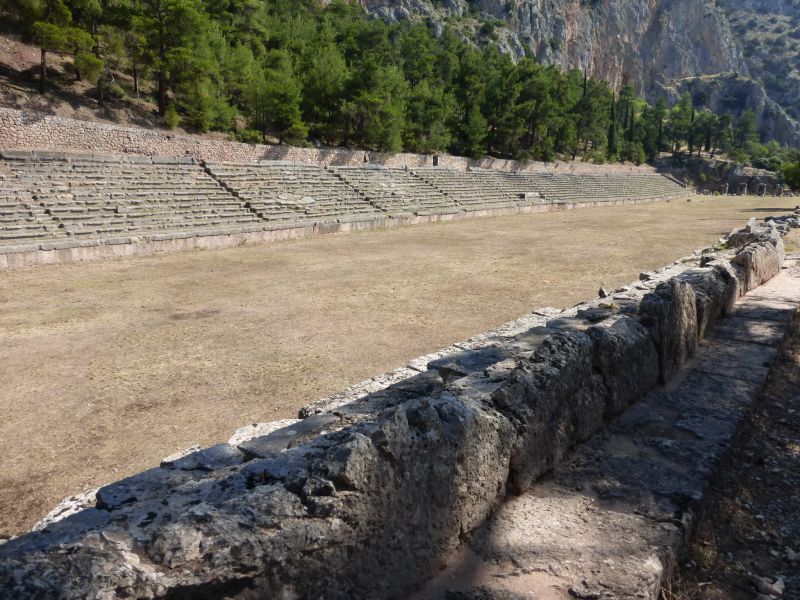 We caught up on our praying on the zig-zag mountainous roads in the Metéora and Delphi areas!  There were thousands of olive trees and orchards, making for lovely scenery. 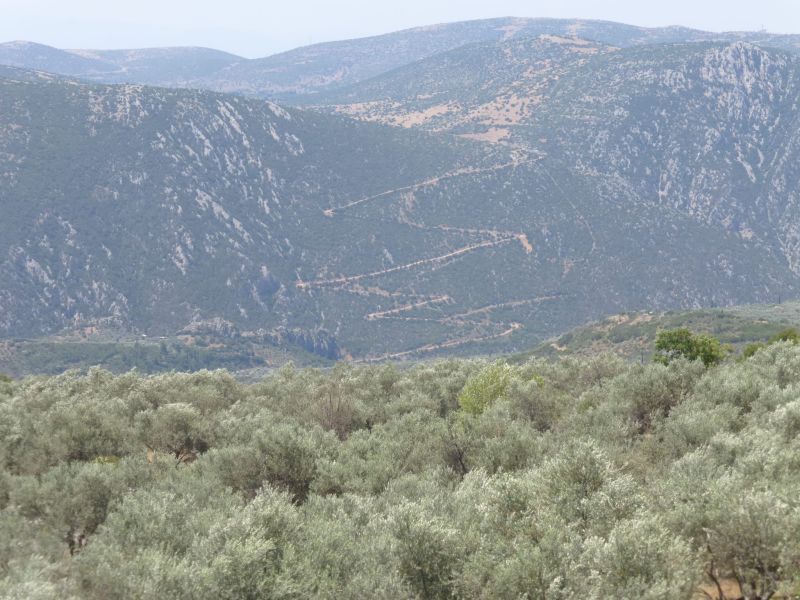