Despite cold, windy, rainy weather, we enjoyed Thanksgiving weekend in Edinburgh, Scotland.  How do you pronounce the city’s name?  It isn’t Edinburgh (does not rhyme with Pittsburgh), and it isn’t Edinboro. It seems the correct way is “Edinburra“ – the gh is dropped and you add a bit of a rolled “r” to the back.

Edinburgh, the capital of Scotland since at least the 15th century, is home to the Scottish Parliament and the seat of the monarchy in Scotland. 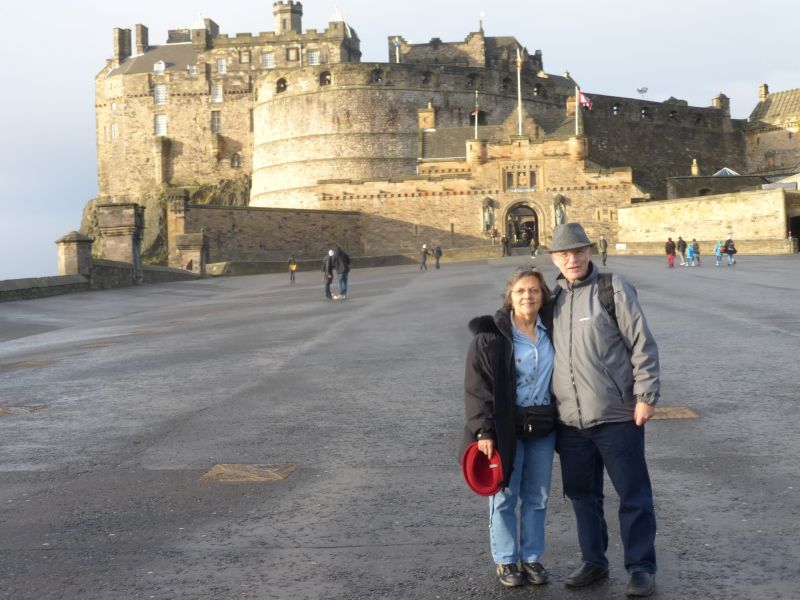 Looming over the city is Edinburgh Castle, home to Scotland’s crown jewels and the Stone of Destiny, traditionally used in the coronation of Scottish rulers. 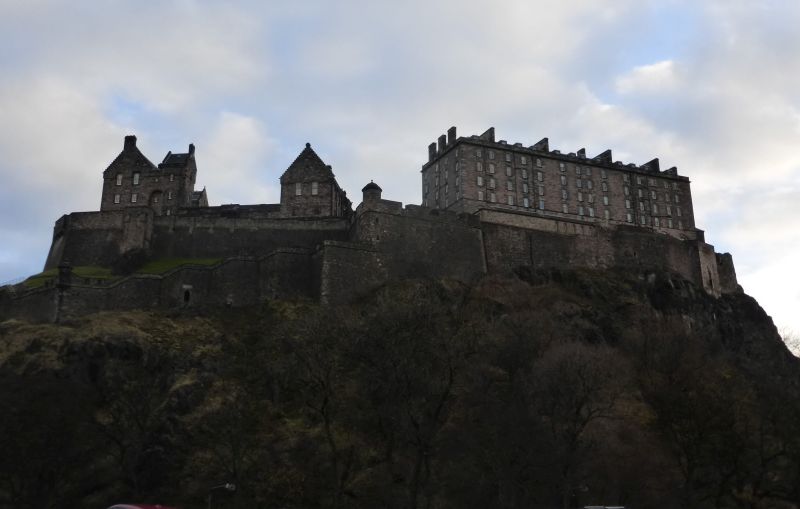 View of Edinburgh from castle 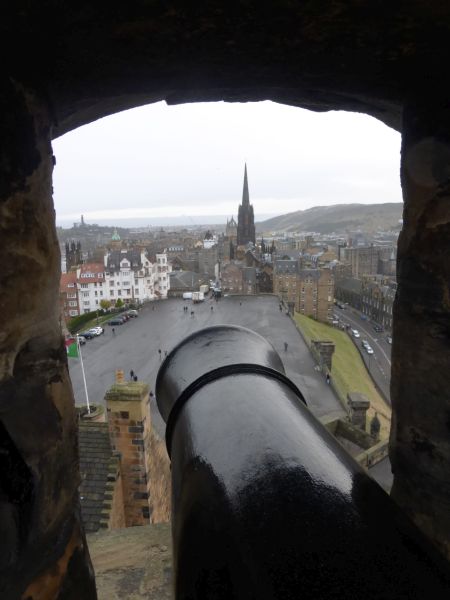 St. Margaret’s Chapel within Edinburgh Castle, is the oldest building in Edinburgh. 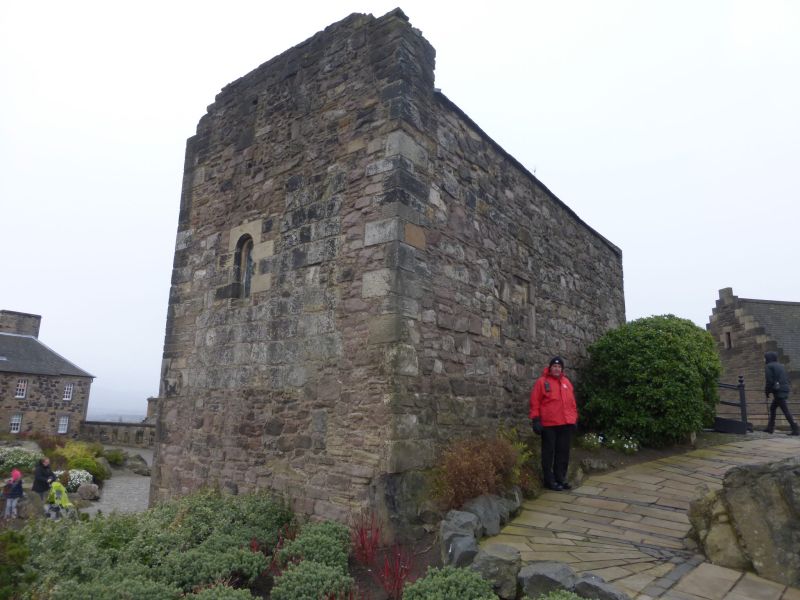 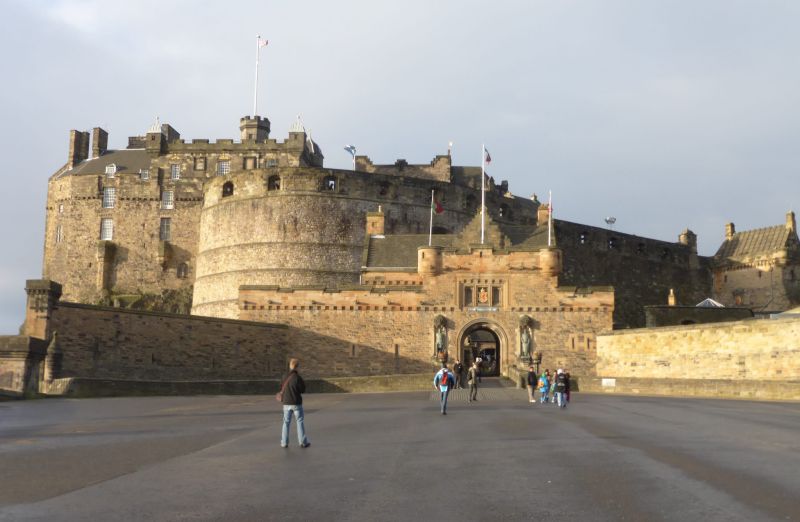 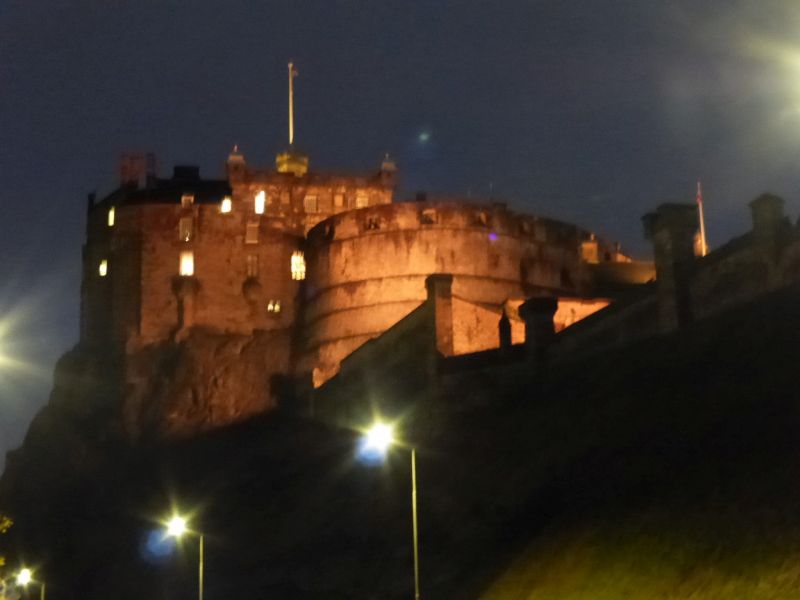 Palace of Holyroodhouse is a setting for state occasions and official entertaining and has served as the principal residence of the Kings and Queens of Scots since the 16th century. 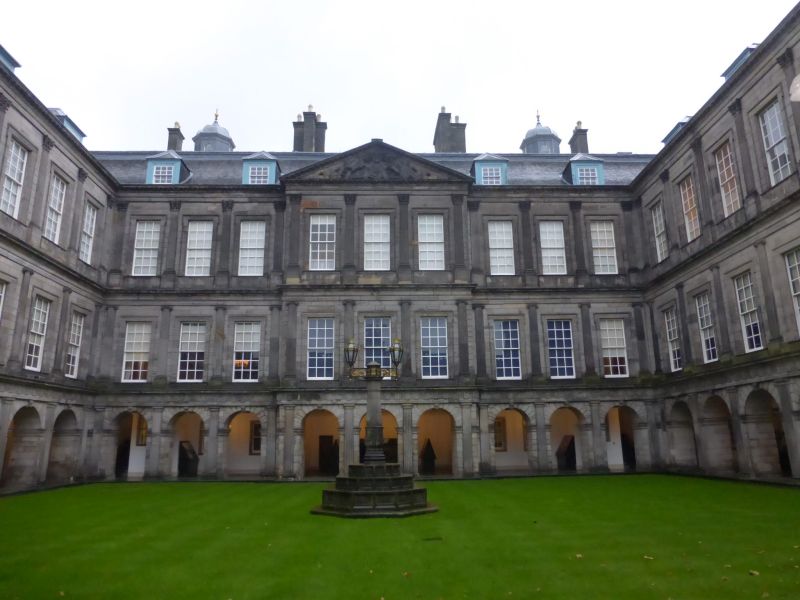 Holyrood Abbey was founded in 1128 by King David I. The abbey church was used as a parish church until the 17th century, and has been ruined since the 18th century. 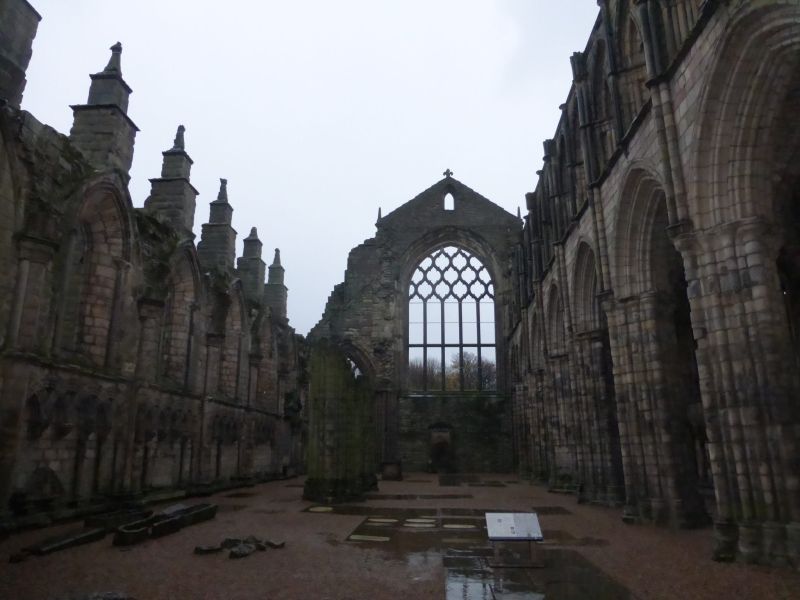 Inside the Palace of Holyroodhouse, we toured the 17th-century former King's apartments and Great Gallery, and the 16th-century apartments in the north-west tower. (no photos allowed) 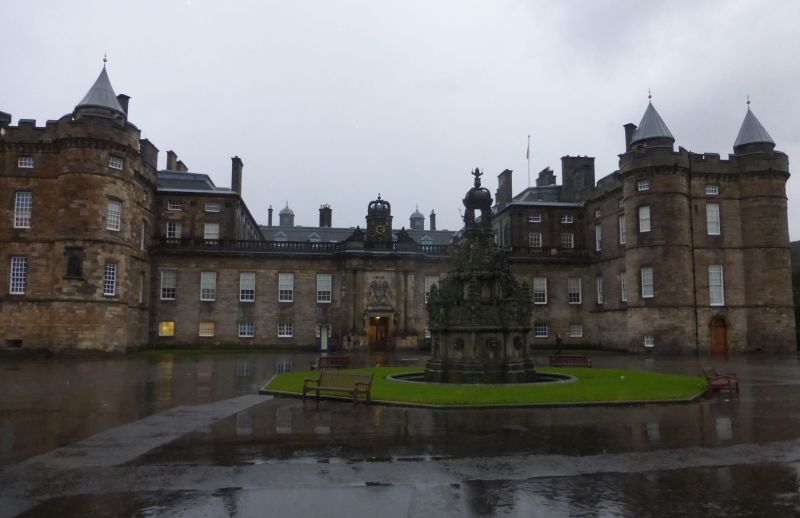 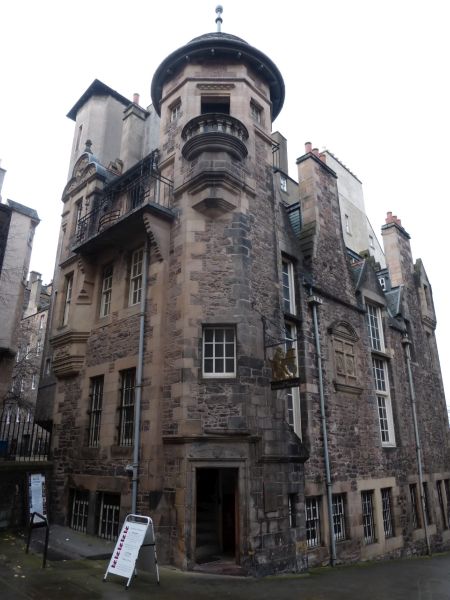 Gillis Center, a Catholic facility, was our lodging while in Edinburgh.  The history of the site dates back to the 15th century. 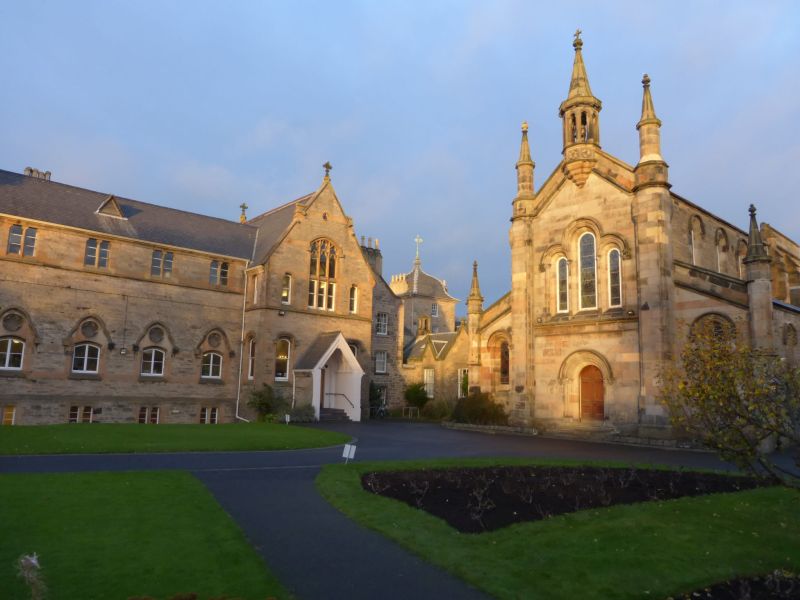 Golf Tavern (oldest surviving golf club house in the world) dates back to 1456. 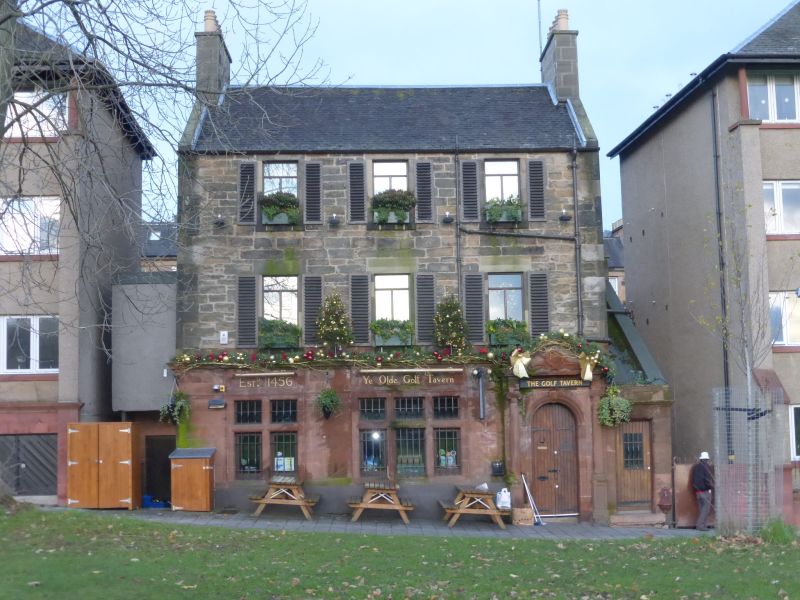 Home of John Knox, a Scottish clergyman, theologian and writer, who was a leader of the Protestant Reformation and is considered the founder of the Presbyterian denomination in Scotland. 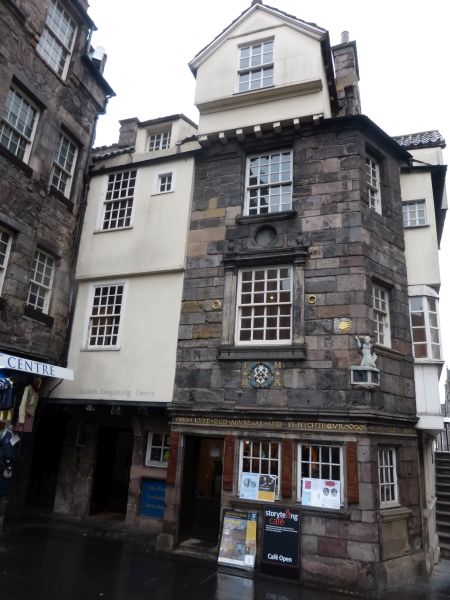 We found it sad that John Knox is buried under parking space No. 23 in the parking lot behind St. Giles Cathedral. This internet photo by Kim Traynor is clearer than the one we took. 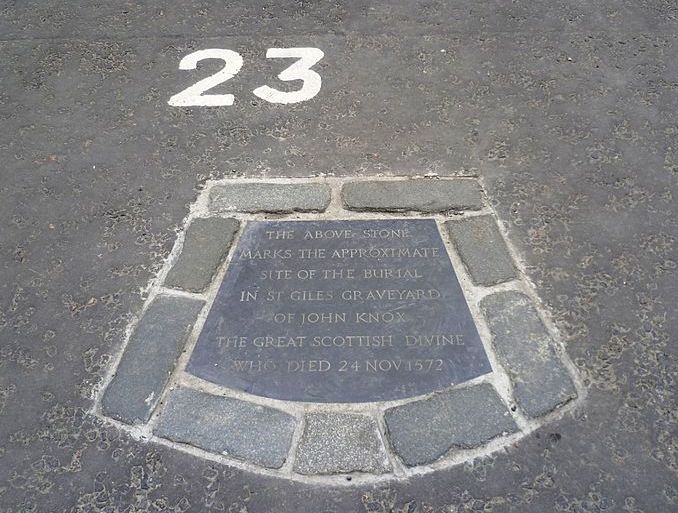 St. Giles Cathedral has been one of Edinburgh's religious focal points for approximately 900 years. It is sometimes regarded as the "Mother Church of Presbyterianism". 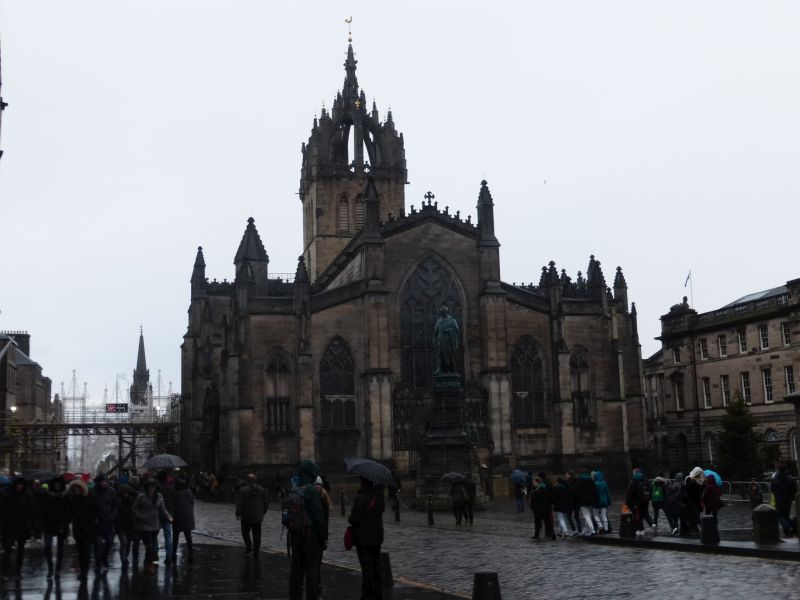 Suzanna on The Royal Mile 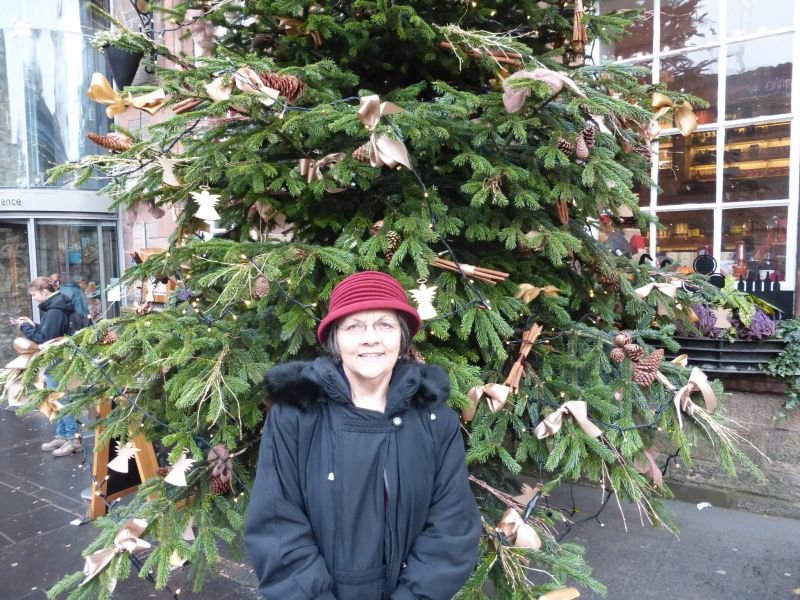 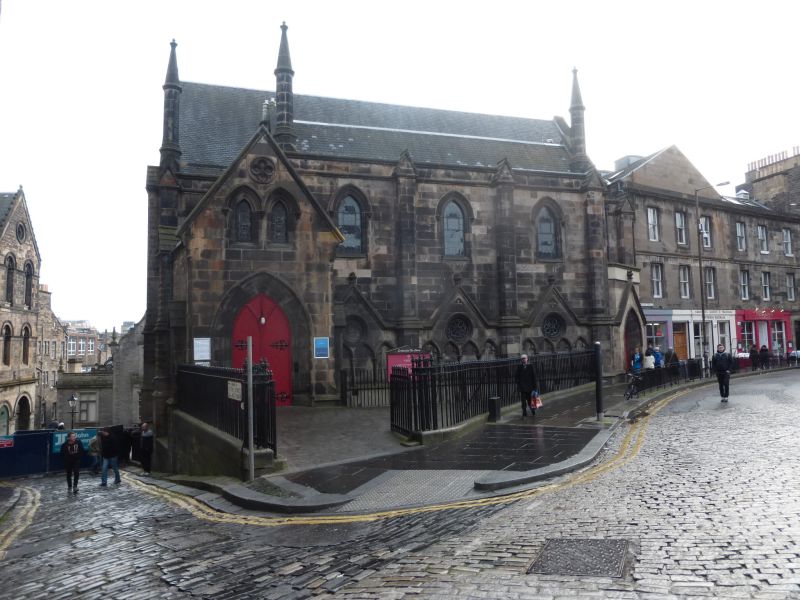 Greyfriars Bobby was a Skye Terrier who became known in 19th-century Edinburgh for supposedly spending 14 years guarding the grave of his owner until he died himself on 14 January 1872. 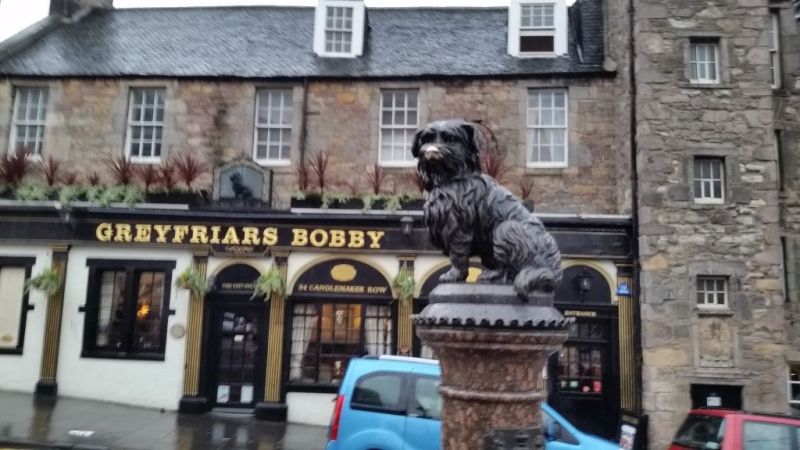 Richard “McHanham” is proud of his Scottish heritage. 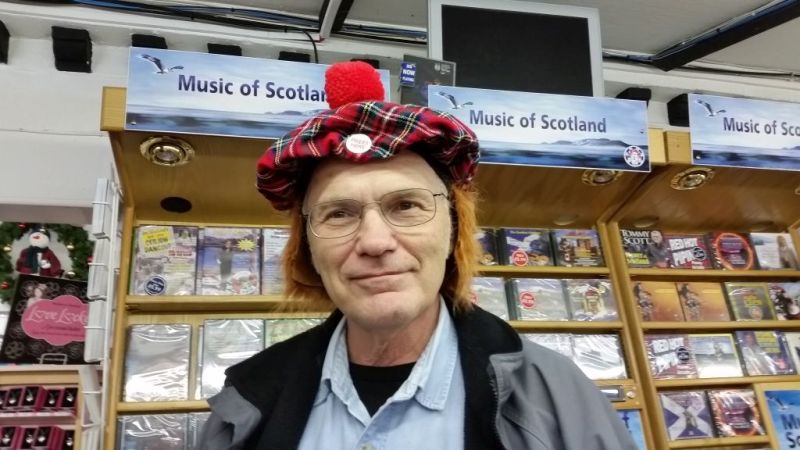