Richard Woodman (1524-1557), a leading local ironmaster and farmer, employed a hundred men and was churchwarden of St Mary's Church. He was also a Protestant, believing in salvation by faith, and rebuked the local vicar when he taught otherwise. He was arrested and imprisoned for eighteen months, but on his release continued to travel and preach, at one time taking refuge in France for a few weeks. Woodman left a detailed description of the events surrounding his trial which is faithfully recorded in Foxe's Book of Martyrs. 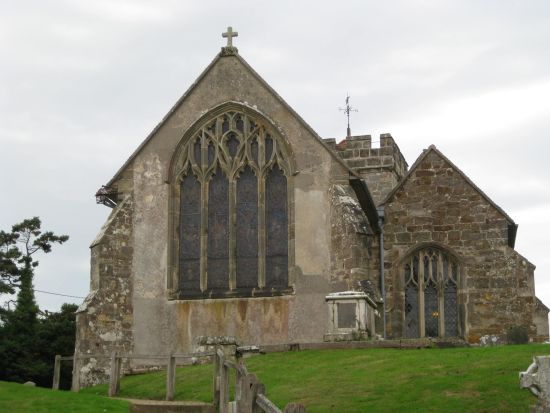 In the second story of the church tower there is a small room with an ancient ironclad door and an elaborate lock, which may have been used as a prison where Woodman was confined. 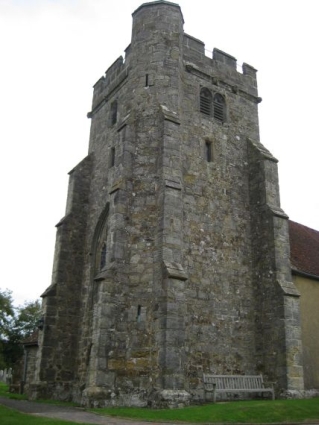 After a dramatic arrest at his house in Warbleton, Woodman was taken to London and underwent numerous examinations, during which his knowledge of scripture proved a match for the leading theologians of the day. He was finally condemned at a hearing in the present Southwark Cathedral, taken to Lewes and burned at the stake with nine others on 22nd June 1557. 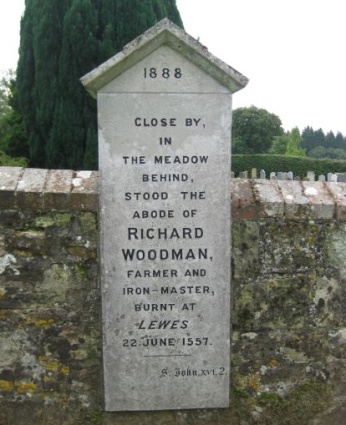 In Lewes, Victorian brick facade covers much older parts of the building which until 1893 was the Star Inn. A star is incorporated into the wrought iron lamp bracket over the front entrance.  The martyrdoms took place in front of the Star Inn. On 22nd June 1557, ten men and women suffered together, including Richard Woodman. 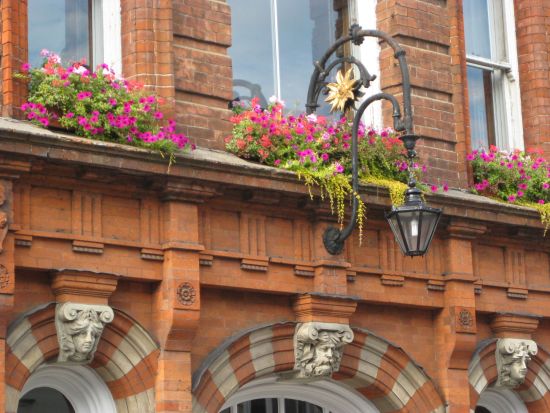 Lewes’ martyrs were held in the medieval vaults beneath the Town Hall. 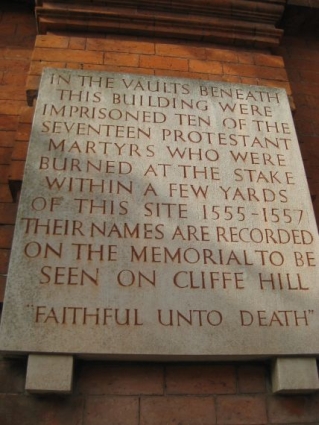 Lewes’ main memorial to the martyrs is a granite obelisk on Cliffe Hill.  The names and home towns of each martyr are inscribed at the base 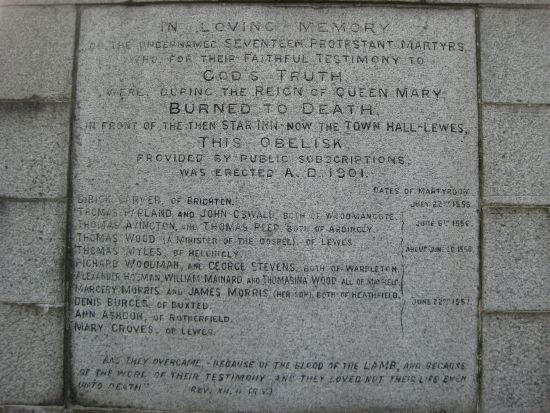 Jireh Chapel, Lewes, was built in 1805 and recently restored. It was built for William Huntington (1745-1813), an eccentric coal merchant whose life was colorful, to say the least. Following his conversion, he awarded himself the title of S.S., standing for "sinner saved", which he always appended to his name. He began a long preaching career, building himself a chapel in London, and adopting strongly Calvinistic views. Those who criticized his teaching or methods were damned as knaves or fools! 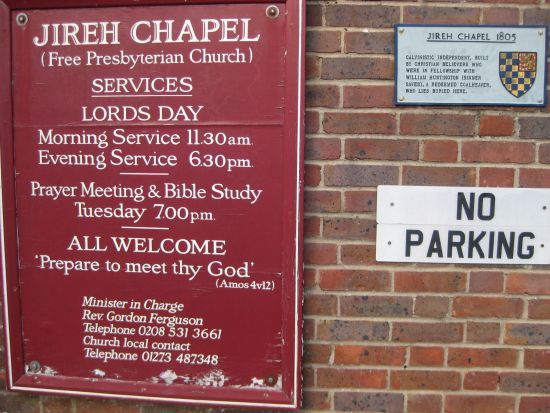 S. S. William Huntington is buried behind the church with other former ministers. The inscription is almost illegible, but has a quirky self-composed epitaph, beginning "Here lies the coalheaver who departed his life July 1st 1813 in the 69th year of his age, beloved of his God but abhorred of men...." 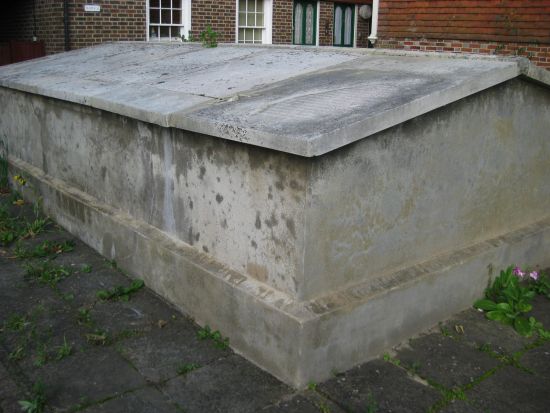