Our journey through northern Israel around the Sea of Galilee

In 1st and 2nd centuries the Grotto and its surroundings were used as a worship place.  Early sources referred to the place as the “House of the Virgin Mary”, due to numerous inscriptions on the walls which were left by pilgrims and visitors in early Christianity.   In 427 AD a church was built over the site.  Today the “Basilica of the Annunciation” church sits over the ruins for four earlier churches. 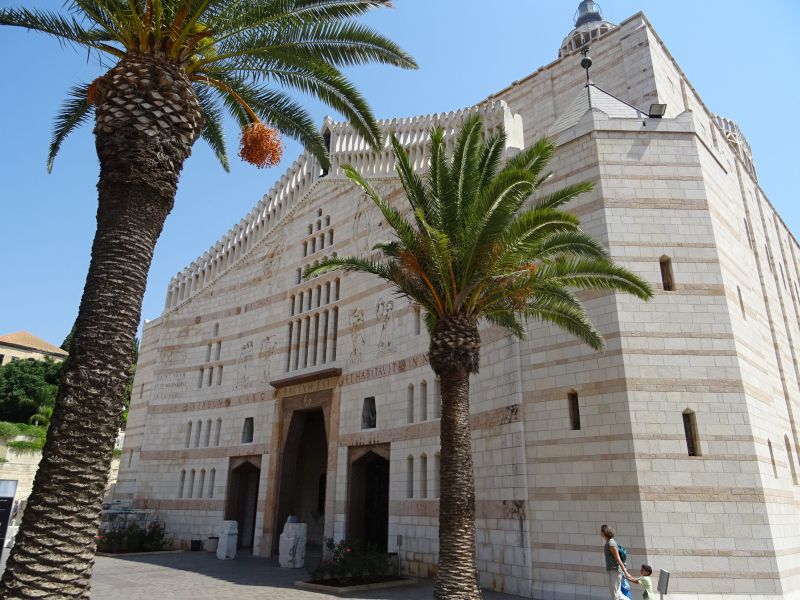 The town of Cana was the site of the first recorded miracle by Jesus, where he “turned water into wine” at a local wedding feast (John 2:1-11).  Near the original site is the Cana Catholic Wedding church where weddings are regularly performed. 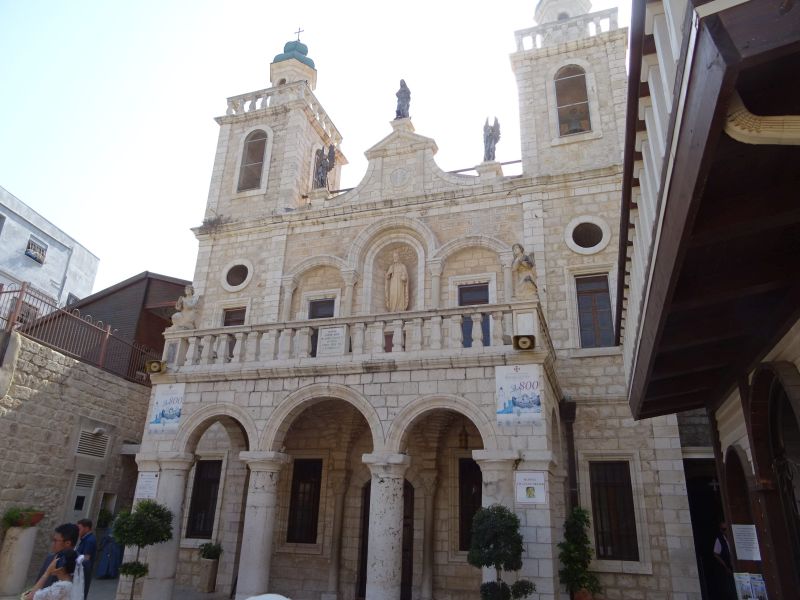 Under the Cana Catholic Wedding church is the foundation of an earlier church.   The Hebraic inscription on the tiles states that the church was constructed in the 2nd century AD.
Sea of Galilee 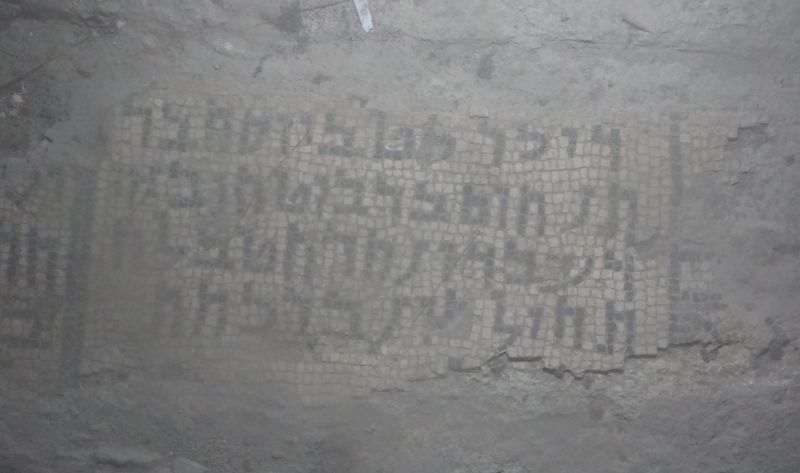 While crossing the Sea of Galilee on Sunday, our tour group celebrated by singing hymns and having our daily devotional time. 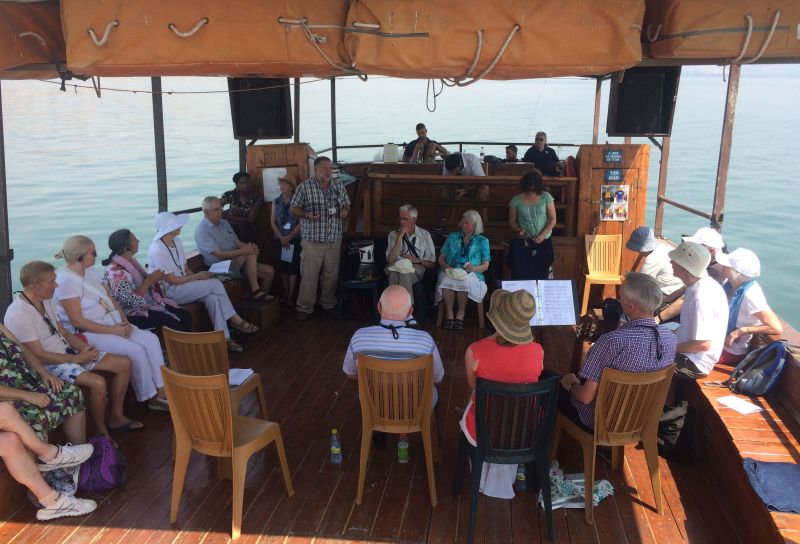 Here is a picture of us crossing the Sea of Galilee with our dear friend Mark Shepherd. 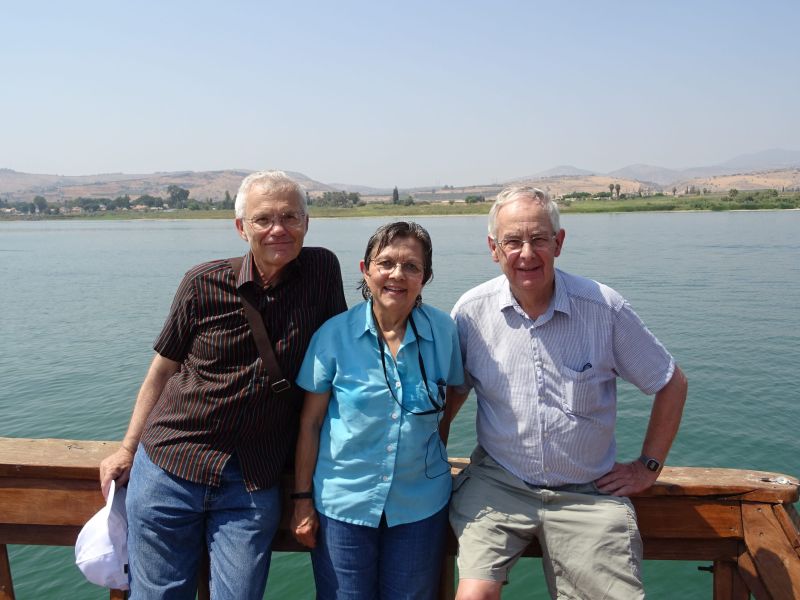 Jesus frequently stayed in the town of Capernaum (Matt 4:13), which is located near the Sea of Galilee.   It is the hometown of several disciples, including Peter, Andrew, James and John.   In the ruins of the town, is the site that is believed to be the home of Peter’s mother-in-law. 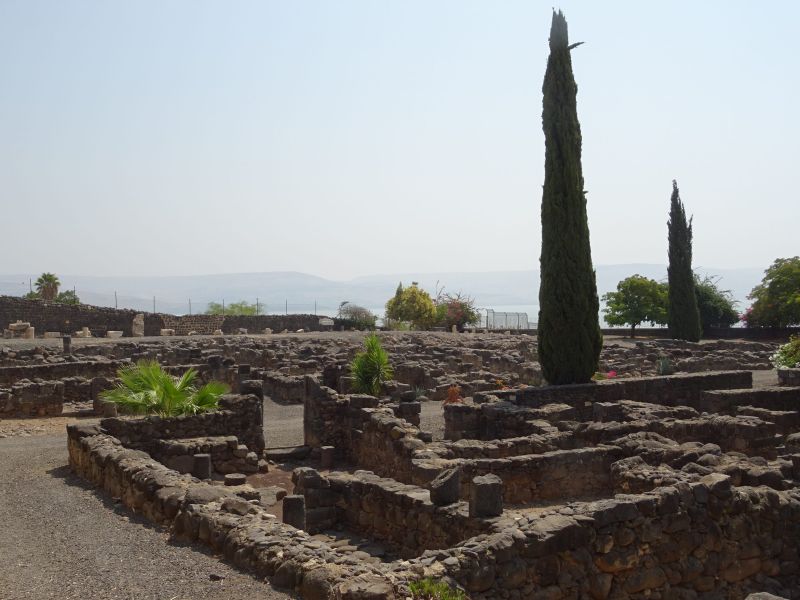 Jesus addressed the people in the Capernaum synagogue (Mark 1:21, Luke 4:31, John 6:59).  The original synagogue is gone and in its place is the remain of a synagogue that was constructed in the 4th century over the site of the first synagogue. 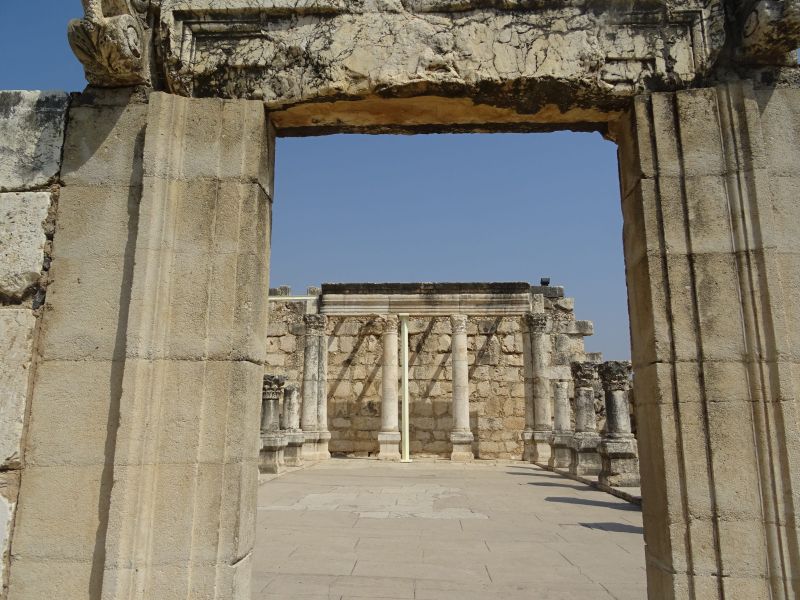 Magdala is the home town of Mary Magdalene and is located beside the Sea of Galilee.    The remains of the Migdal Synagogue dates back to the 1st century AD.   This is one of the few surviving places where it can be fairly certain that Jesus visited and taught.   Part of the original mosaic tile floor is still viewable. 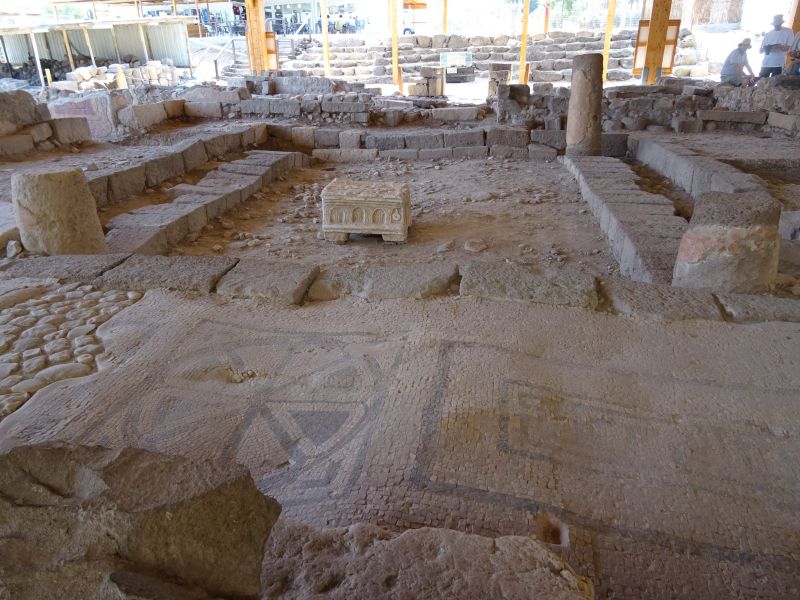 Dates were ripening around Magdala.   Nets had to be put over the dates to keep the bees from devouring the dates. 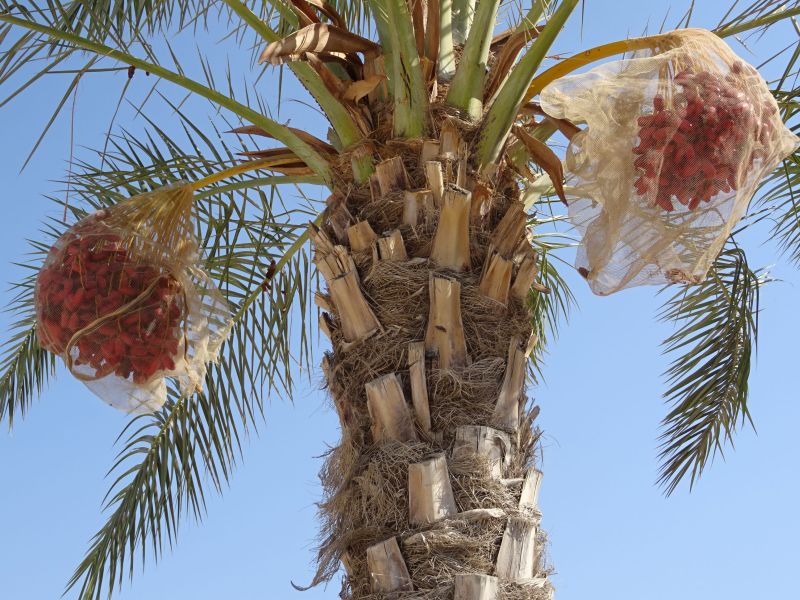 The Mount of Beatitudes is located in the Galilee on the northwestern shore of the Sea of Galilee between Ginosar and Capernaum.  A Byzantine church was erected lower down the slope from the current site in the 4th century. The current Roman Catholic Franciscan chapel was built in 1937-38. 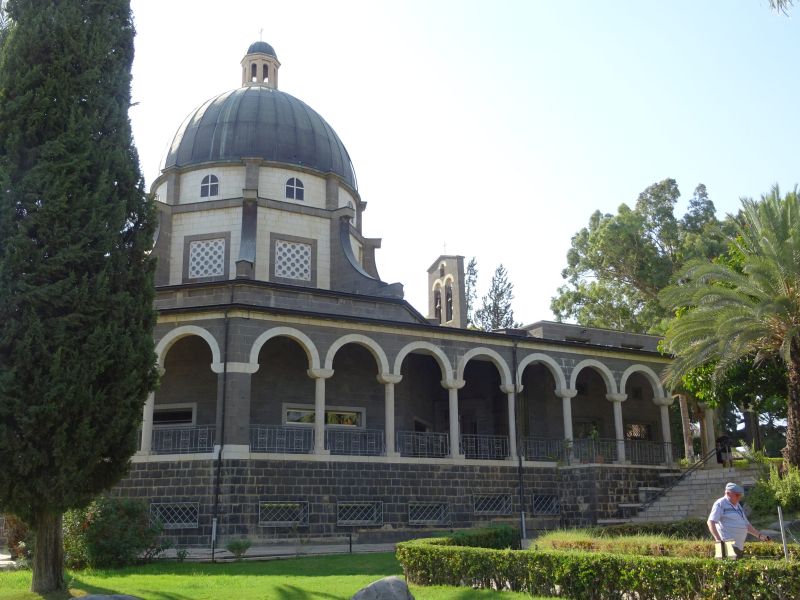 The mount features in the Bible as the site where Jesus gave the Sermon on the Mount (Matthew 5-7 and Luke 6).  Below is a view of the site of the original church which was built over the traditional site of Jesus’ sermon.  Looking down, you can see the Sea of Galilee. 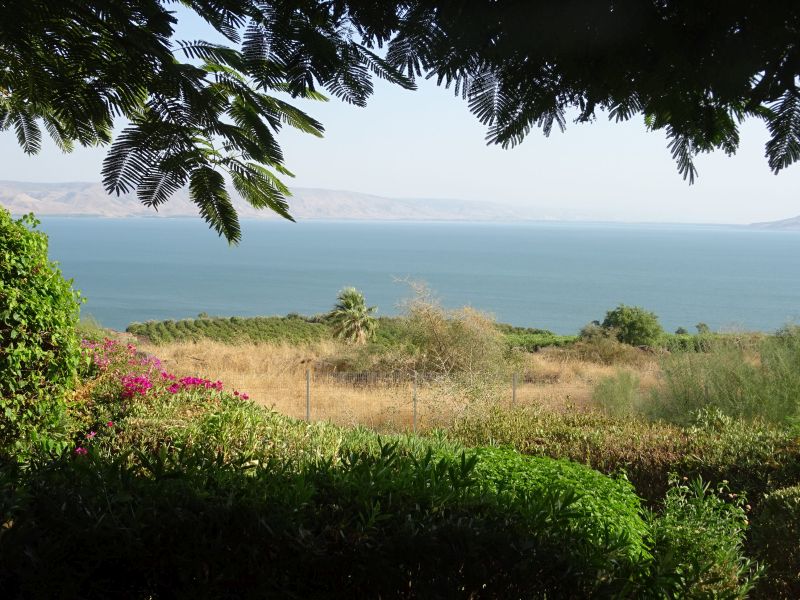 Tabgha is located on the northwestern shore of the Sea of Galilee.  It is traditionally believed as the place of the miracle of the multiplication of the loaves and fishes (Mark 6:30-46) and the fourth resurrection appearance of Jesus (John 21:1-24) after his Crucifixion. 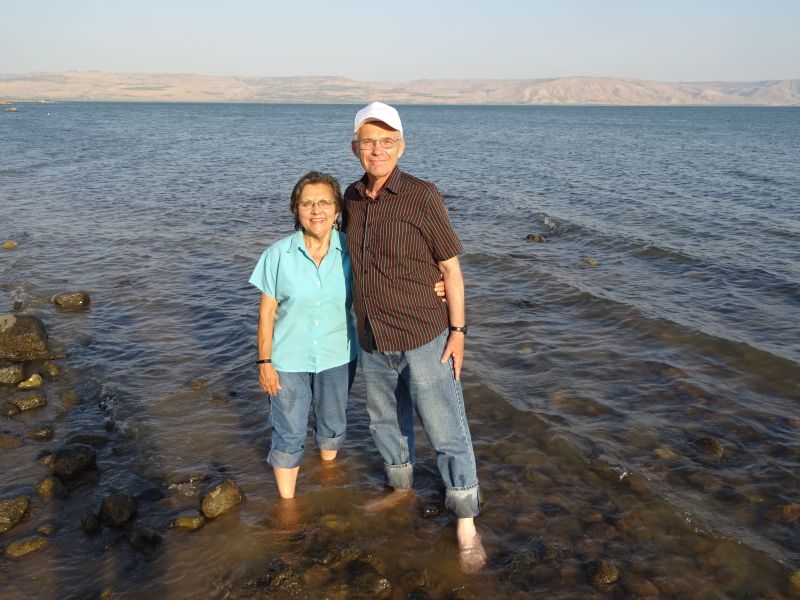 The Church of the Multiplication is built over the rock where the builders of the original 4th century church believed that Jesus stood on the rock when he blessed the fish and loaves just before the feeding of the crowd who had come to hear him (Matt 14:13-21, Mark 6:30-44). 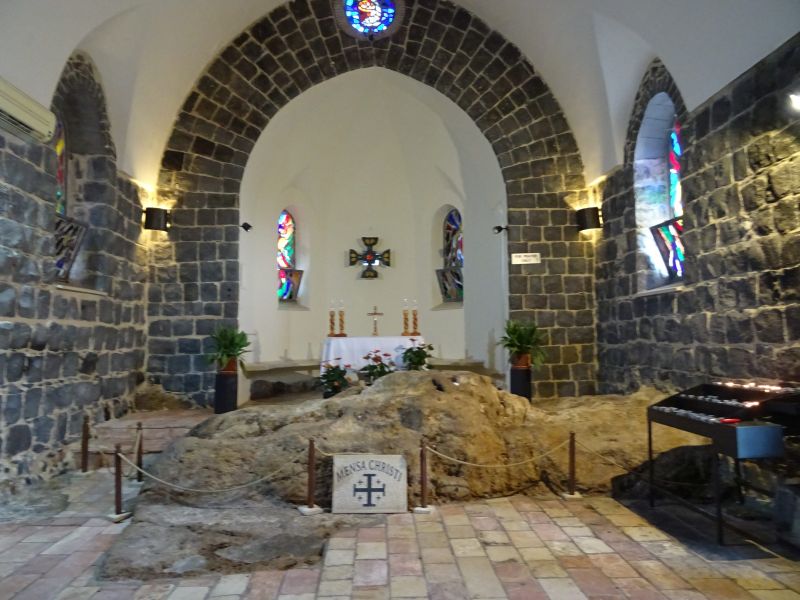