Our journey through southern Israel 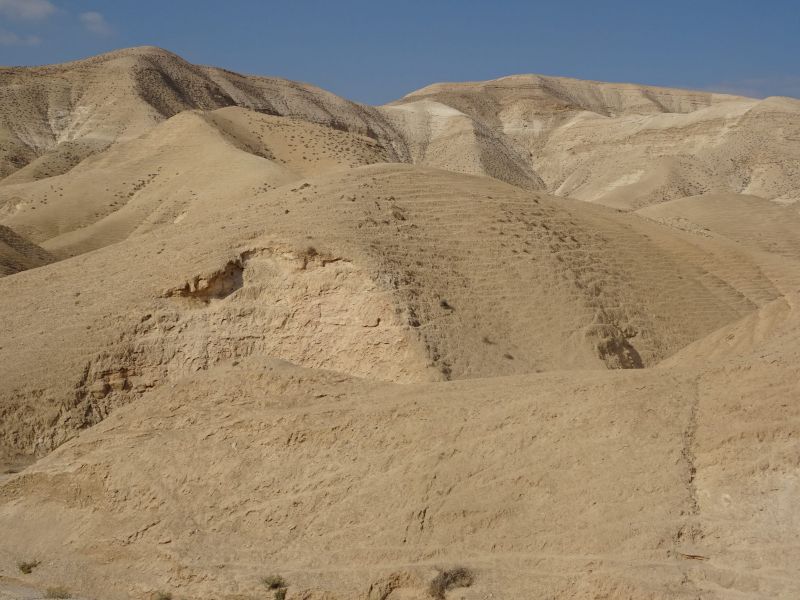 Ein Gedi is an oasis in the Judean wilderness, located west of the Dead Sea, near Masada and the Qumran Caves.  It contains a lower and an upper set of waterfalls.   Fleeing from King Saul, David hid in the strongholds at Ein Gedi (1 Samuel 23:29 and 24:1-2) and Saul sought him "even upon the most craggy rocks, which are accessible only to wild goats" (1 Samuel 24:2).  Psalm 63, subtitled a Psalm of David when he was in the wilderness of Judah, has been associated with David's sojourn in the desert of En-gedi. 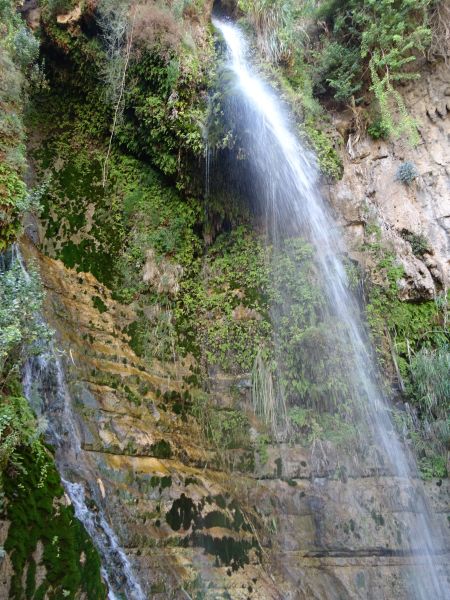 Qumran Caves are a series of caves, some natural, some artificial, found around the archaeological site of Qumran in the Judean Desert of the West Bank.  It is in a number of these caves that the Dead Sea Scrolls were discovered. 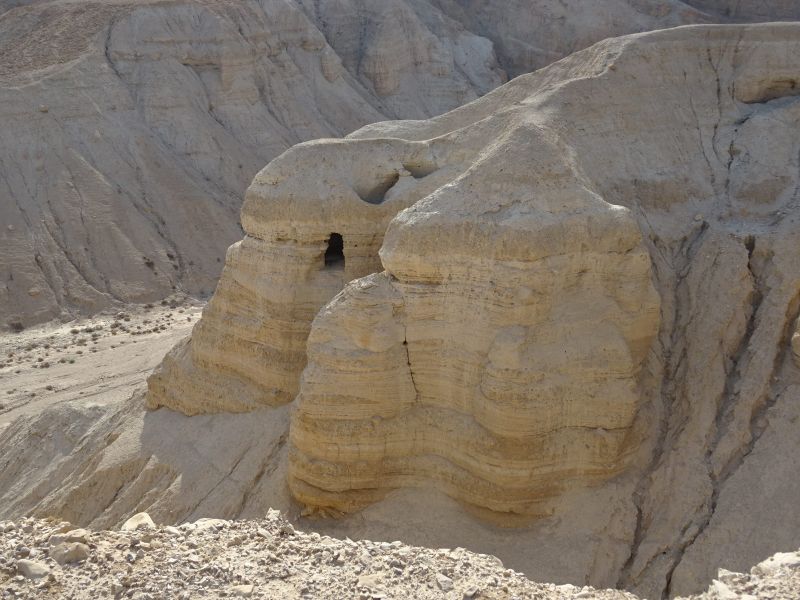 Masada is an ancient fortification situated on top of an isolated rock plateau.  It is located on the eastern edge of the Judean Desert, overlooking the Dead Sea 12 miles east.   Herod the Great built palaces for himself on the mountain and fortified Masada between 37 and 31 BC.  In 66 AD, a group of Jewish rebels overcame the Roman garrison of Masada.  In 73 AD, the Roman governor of Judea laid siege to Masada.  The Roman legion surrounded Masada, built a siege ramp against the western face of the plateau, which can still be seen zigzagging up the hill. 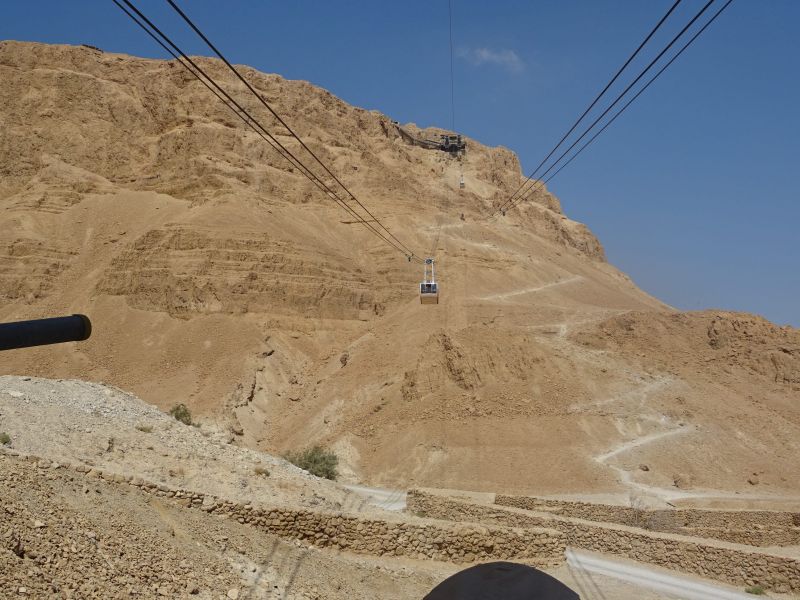 Between 37 and 31 BC, Herod the Great built Masada as a refuge for himself in the event of a revolt, and erected there two palaces.   The Northern Palace is one of Herod's more lavish palace-fortresses, and was built on the hilltop on the north side of Masada and continues two levels down, over the end of the cliffs. The upper terrace of the Northern Palace included living quarters for the king and a semicircular portico to provide a view of the area. Long winding stairs to reach the palace. 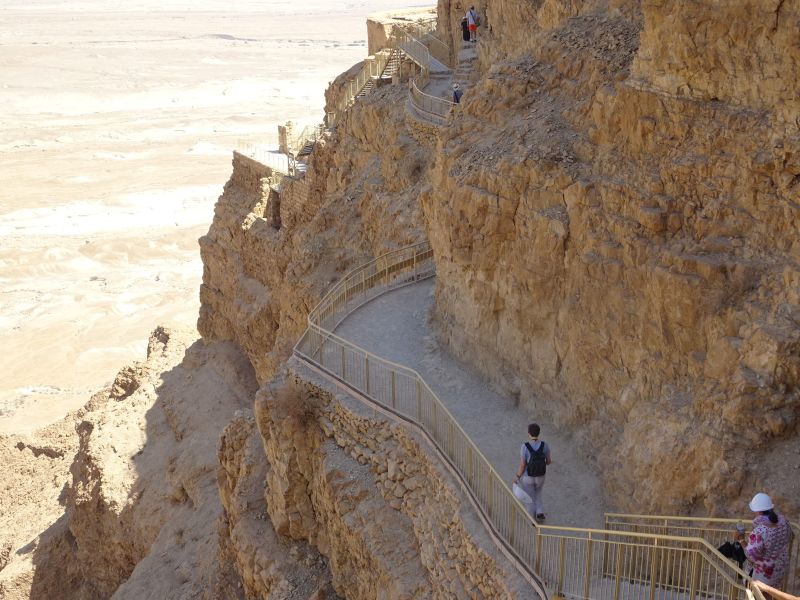