Driving down the road towards Thessaloniki.  It is estimated that Paul walked nearly 22 miles per day on cobblestone roads, so we were making better time on our journey. 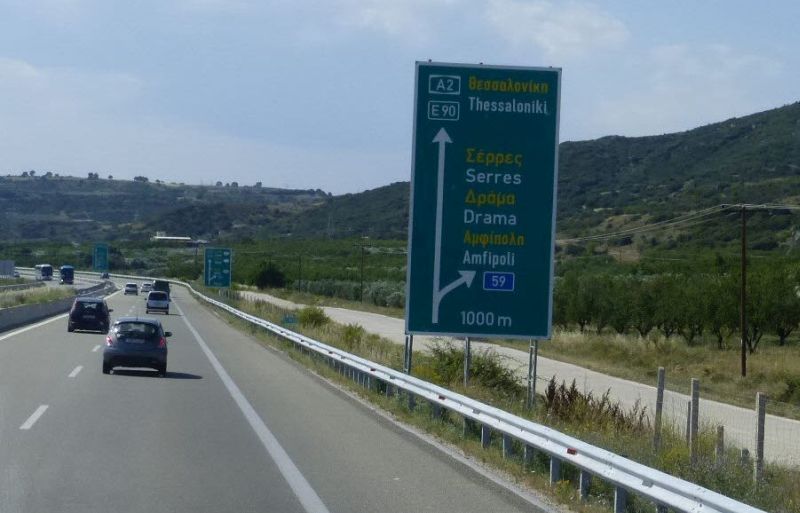 One of the round towers that were part of the old city walls. 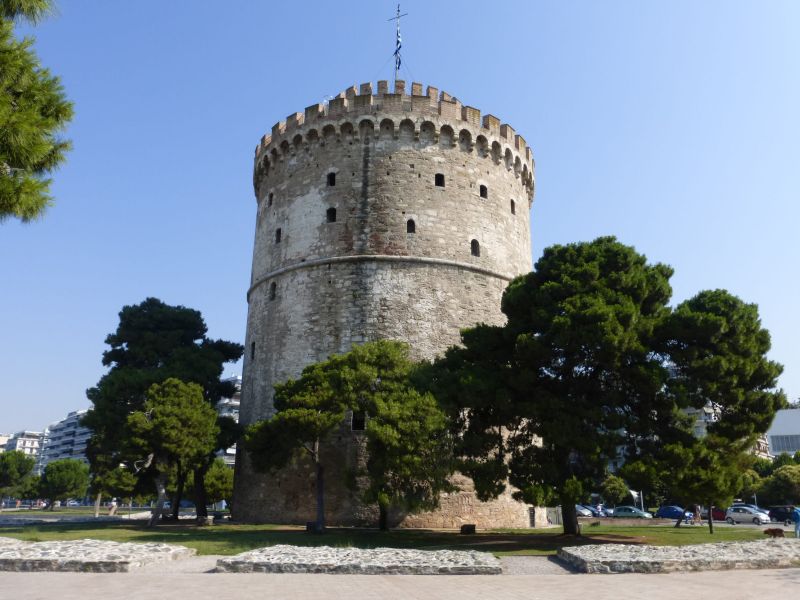 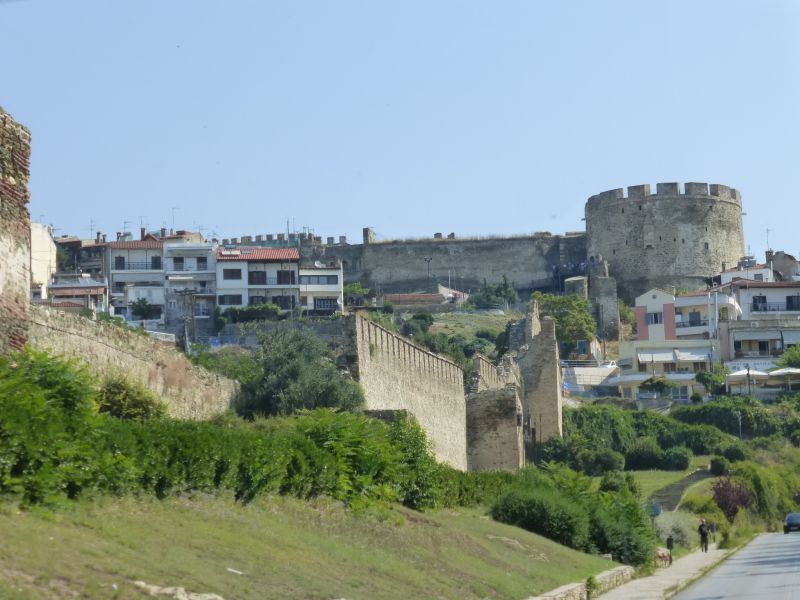 View of Thessaloniki, looking down from old city walls; Jason’s home, where Paul stayed, would have been in the Jewish section of the city, was located just in the neighborhood below the city walls. 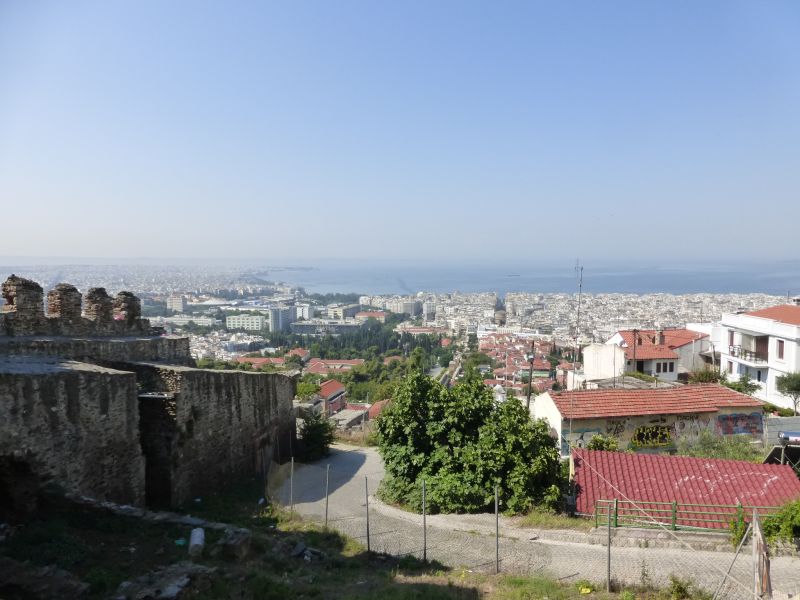 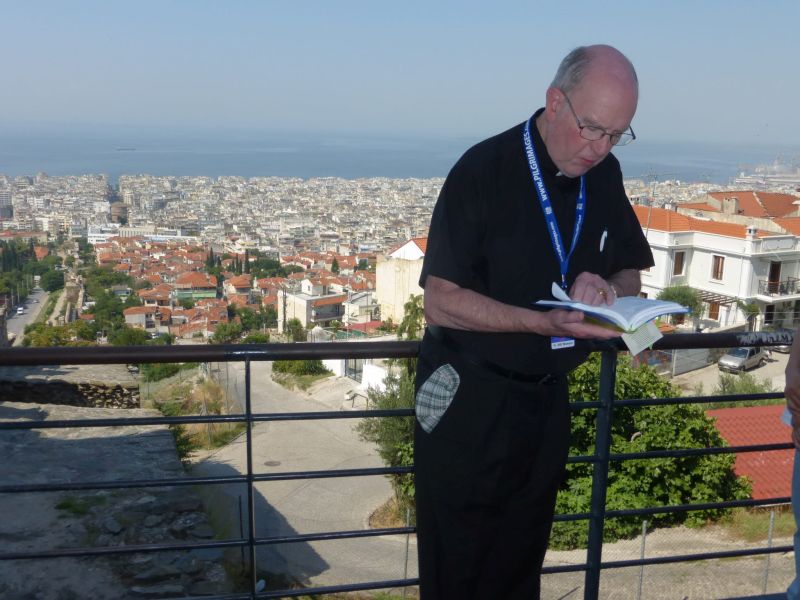 Thessaloniki docks; Paul wrote two epistles to the people of this city. 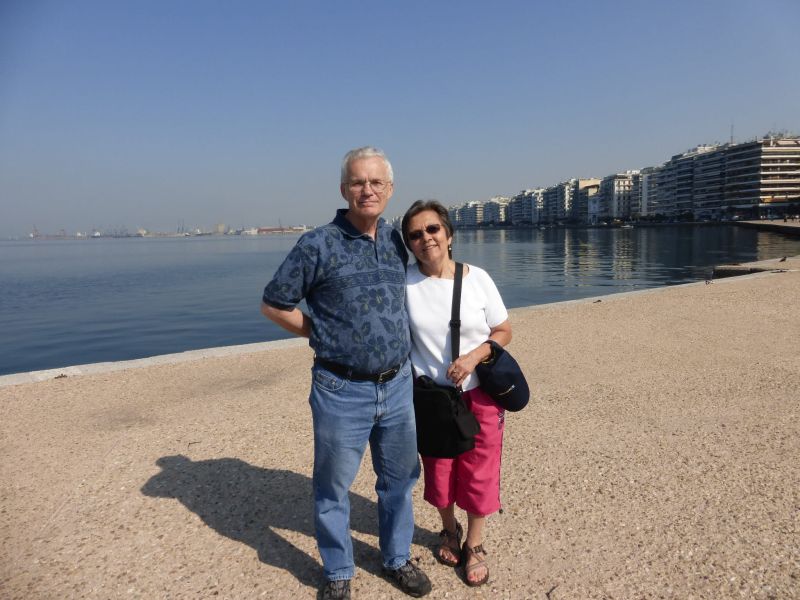 View of old Roman Rotunda building in the center of Thessaloniki. 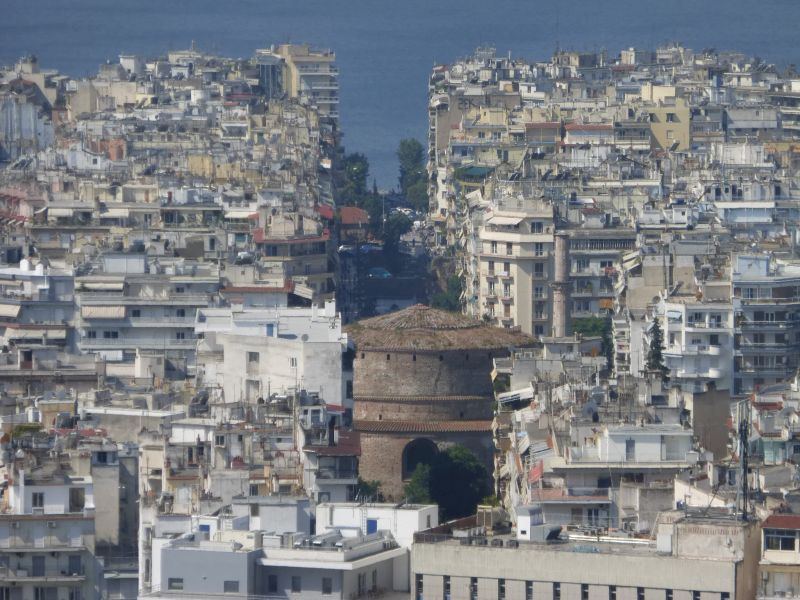 There is a large statue of Alexander the Great near the city center, along the Thessaloniki harbor. 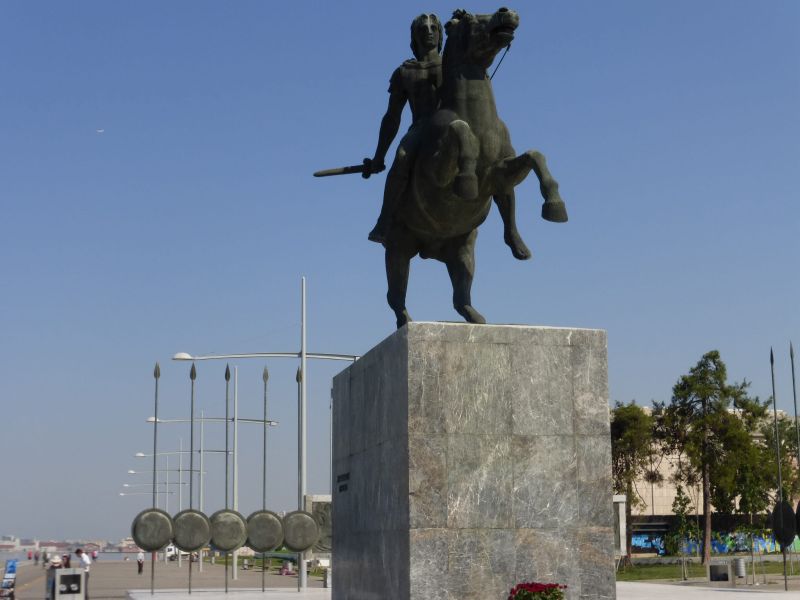 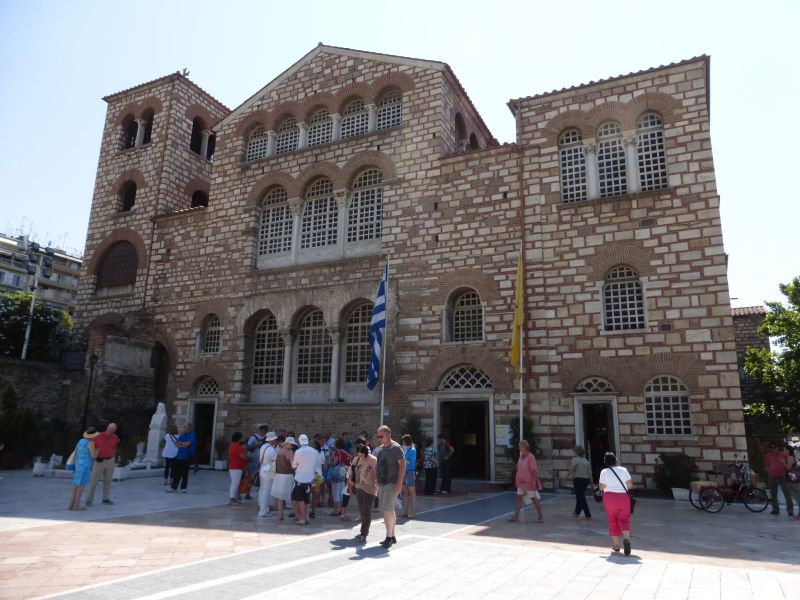